Mick post-Sutton United | Through to the next round 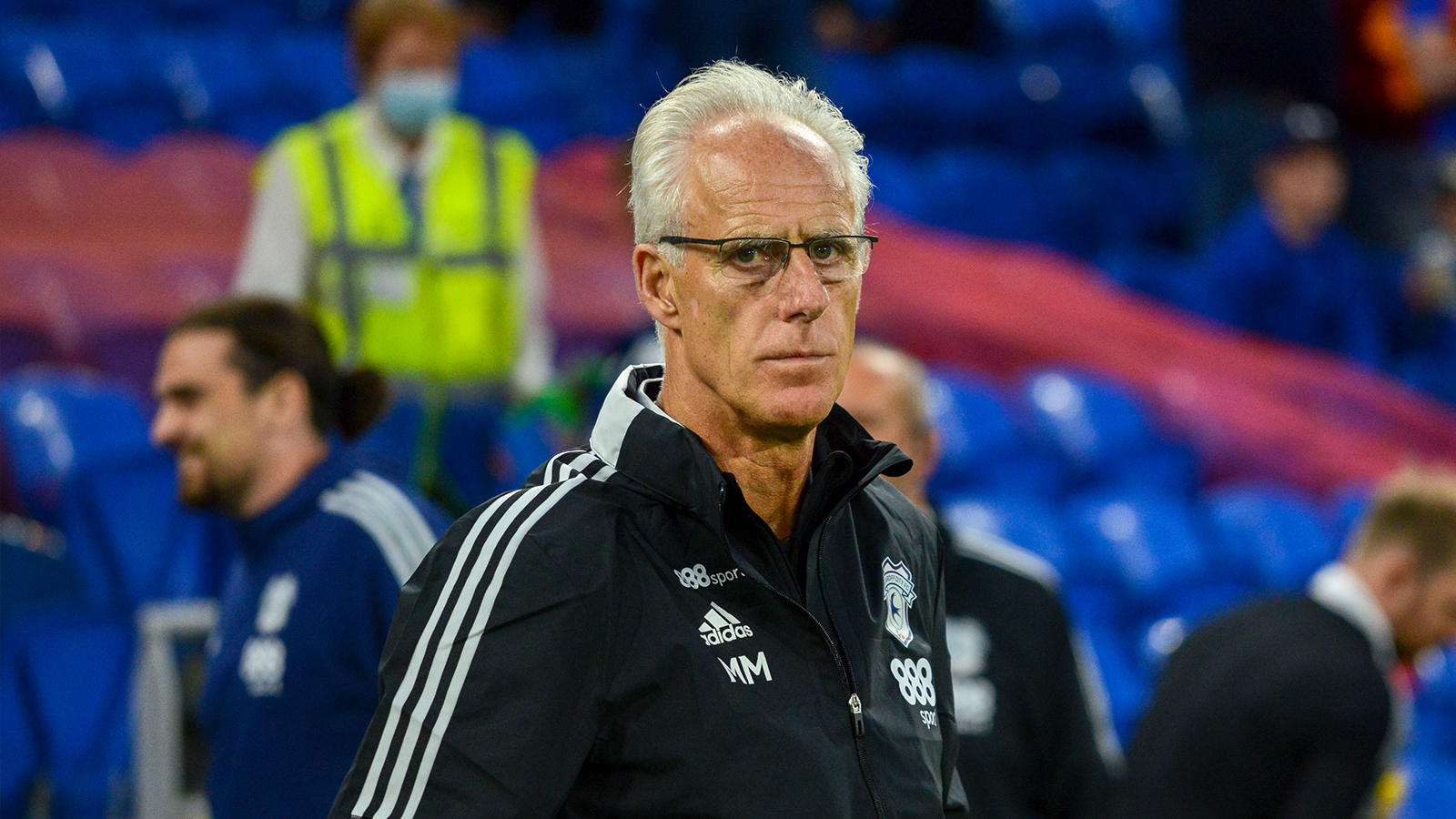 MICK MCCARTHY SPOKE AFTER THE BLUEBIRDS PROGRESSED PAST SUTTON UNITED TO THE CARABAO CUP SECOND ROUND ON TUESDAY EVENING.

Marley Watkins netted a debut double, before substitute Josh Murphy scored what proved to be the winner.

“All we could do was win the game,” began Mick following the final whistle. “That’s the only thing we’ll get credit for and we’ve won it, we’re through to the next round.

“Marley Watkins, he got good goals and the third from Josh [Murphy] was excellent: I was delighted for Josh, it was great to have him, Sean [Morrison] and Kieffer [Moore] back.

“I knew the way the game was being pressed, if Josh got half a chance they’re not going to catch him and you know when he comes in on his right foot, he’s pretty deadly with it.”

The Gaffer went on to speak about Watkins’ debut, before praising Tom Davies on his competitive senior bow and reflecting on the impact of City’s Academy.

“It is a trial period," he explained. "Marley came in for pre-season, so to be fair to him and us we had to have another look at him, so we’ve just got this short-term deal.

“It’s great for players to get the minutes, but my mention should go to Tom Davies, who was excellent and he was playing against arguably their best player.

“To have Tom come in and play like he did, to have Kieron Evans, Sam Bowen and Rubin Colwill around the place, it’s really pleasing that those youngsters from the Academy are showing enough for me to include them.”

Mick concluded, saying: “I’d sooner have that fixture in the Carabao Cup than not have one, that’s for certain - so I’m delighted that we’re through to the next round.”