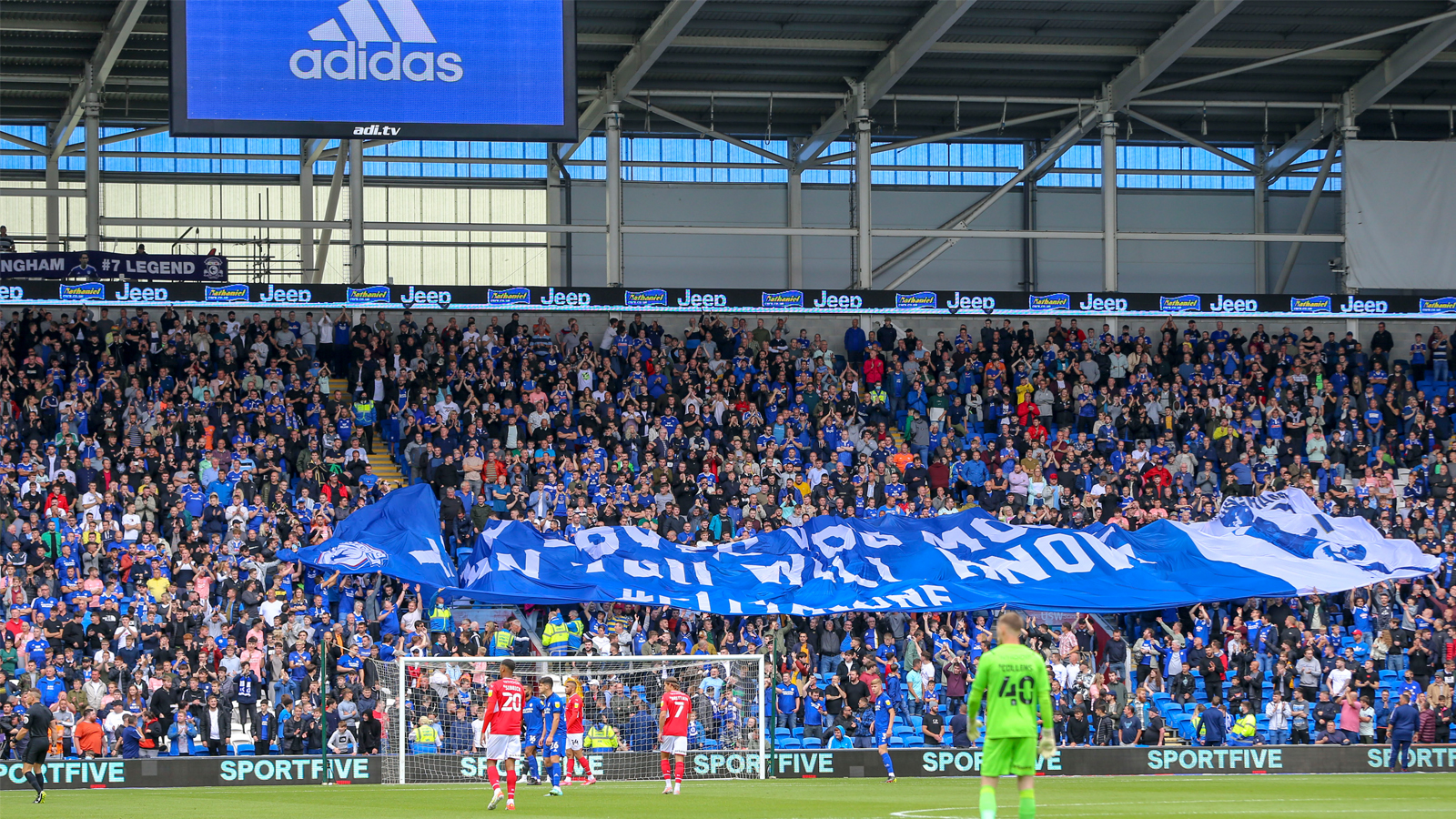 Following the publication of a CFE Research report for the Sports Grounds Safety Authority (SGSA), Cardiff City Football Club is pleased to provide a positive update on its safe standing provision at Cardiff City Stadium.

The Club endorses the report and, in light of its findings, is installing seats with independent barriers across all seven bays of the back five rows of the Canton Stand, offering a safe standing option to supporters in this area this season.

The final report, which included responses from Cardiff City spectators and references to the work of the Club, found that installing barriers or rails has a positive impact on spectator safety, among wider benefits.

While Club policy will remain unchanged in the Ninian Stand, Grandstand and Family Stand (where persistent standing is not allowed), the Canton Stand meets the CFE Research definition of a “tolerated standing area”.

Further safe standing is planned to be introduced in the away end in 2022/23.

As in previous seasons, the Club will commission an independent inspection of these arrangements at one or more matches during the 2021/22 season. The reports of these inspections will be provided to the local Safety Advisory Group and published online.