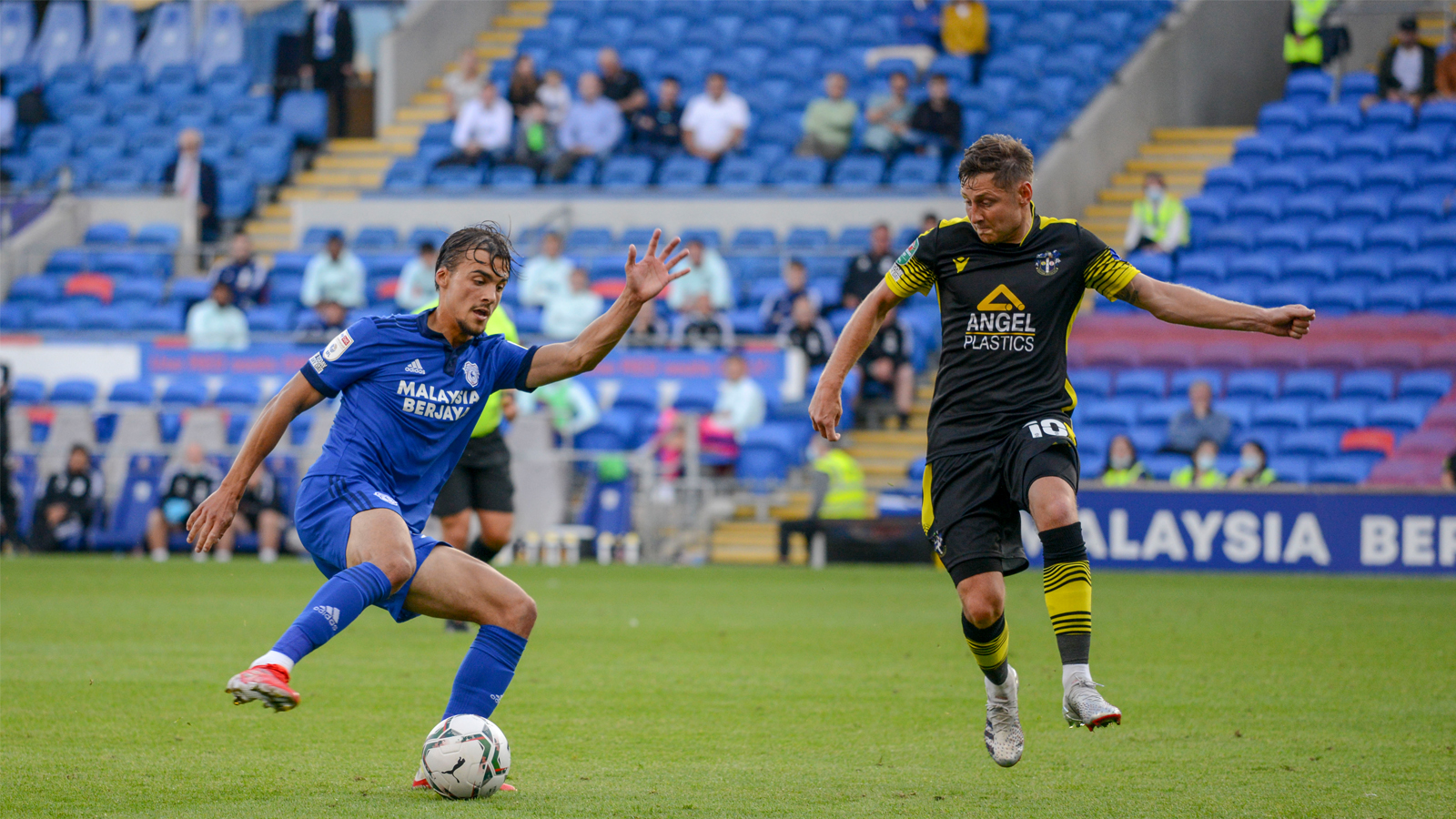 Sang post Sutton | The lads saw it out well

The Bluebirds saw off Sutton United in the First Round of the Carabao Cup on Tuesday evening, recording a 3-2 over the U’s at Cardiff City Stadium.

Tom Sang played the full ninety minutes of the exciting Cup clash, and spoke to Cardiff City TV after the full-time whistle.

“The Gaffer was saying that matches like these, the first Cup game of the season, you can get beat”, Sang began. “But I feel like the lads saw it out really well.”

“We always give 100%, and the teams that we are playing against are also giving their all – it’s a big game for them. But it’s our job to try and do what we do and just get the win.”

The 22-year-old, who made ten appearances in a City shirt last season, missed a portion of pre-season through injury, but spoke of his enjoyment at returning to First Team action this evening.

“It’s good because I’ve missed a lot of pre-season, but I’m finally back out there. Especially in front of the fans, I really enjoyed it.

“I made my debut off the bench in the FA Cup two seasons ago, so to make my first start in front of the fans was really good. I’m hoping to play in front of them in those league games where it’s packed out here, and that will be one to look forward to.

“I felt really fit, so hopefully I can just build on that now. We’ve now got another Cup game next week, and the game against Blackpool on the weekend, so we’ll see what happens.”

“Marley brought a lot of energy to the team, which was really good to see. He’s a top lad, so it’s good to see him score two. And Josh massively deserved that goal, so I’m made up for him. When he came on, he added a lot of energy, and that was the goal that got us the win.”

He added: “Tom had a really good debut. He looked so calm and composed, so I’m made up for him. There are loads of young players now – every Friday before a match we have a ‘young vs old’ match, and I’m nearly on the ‘old’ team because there are that many young lads, which is great to see!”