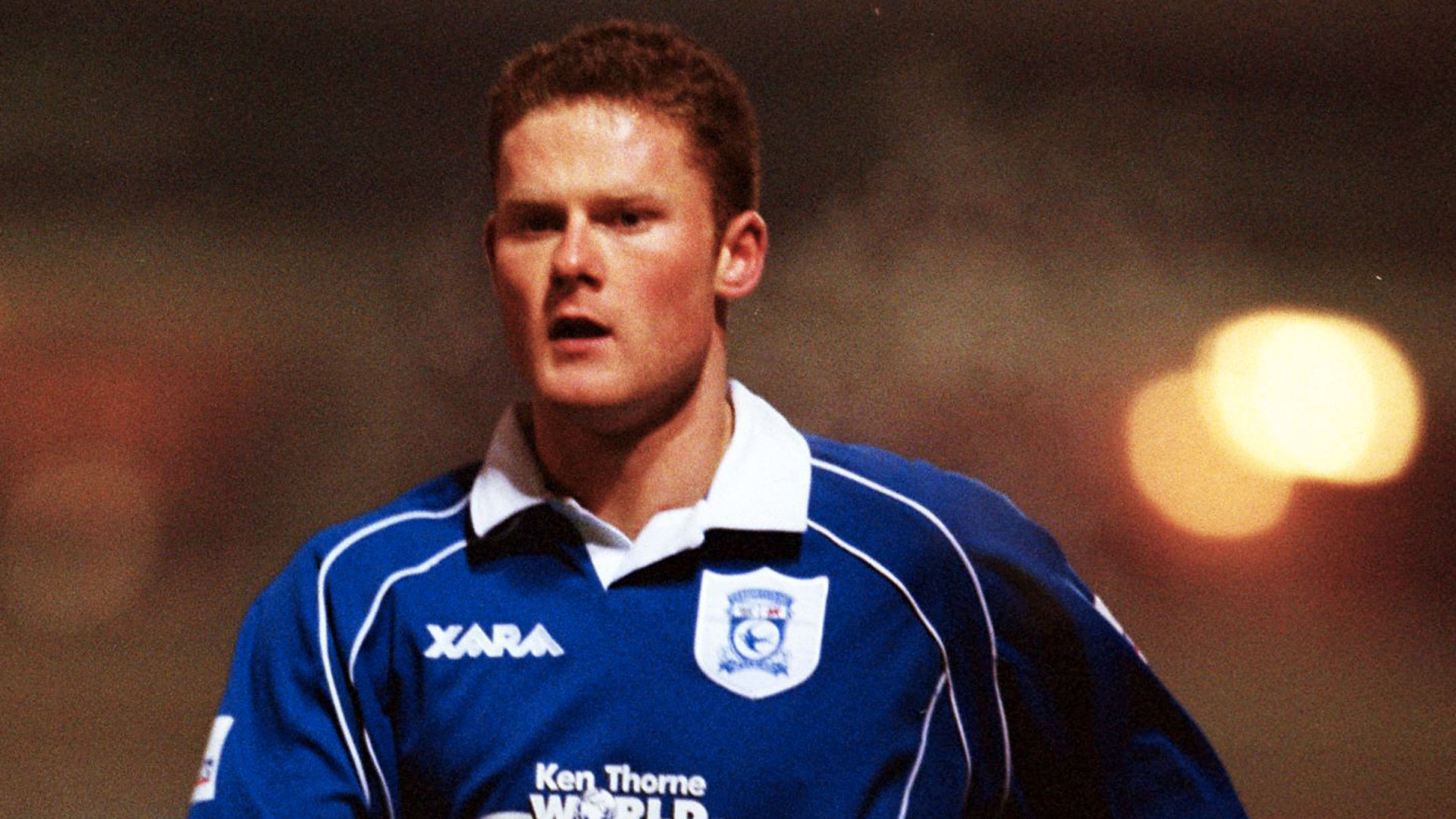 Ahead of City’s opening competitive match of 2020/21, we look back at the shared pasts between the Bluebirds and Cobblers, from respective origins to notable shared fixtures and more…

Founded in 1897 and becoming the first professional club in the area, Northampton Town FC spent their fledgling seasons competing in the Northants League, before joining the Midland League at the turn of the century.

Later being admitted to the Southern League in time for the 1901/02 campaign, they appeared for the first time in the First Round proper of the FA Cup in that same season.

The Cobblers remained in the First Division of the Southern League for the duration of their time spent in the competition across nearly 20 years.

Meanwhile, a young Club playing near the River Taff was also gearing up for a chance to play against the higher profile competition that the Southern League offered…

Previously known as Riverside AFC until 1908, a change of name was followed by a change of pace as Cardiff City FC made the step up to the Second Division of the Southern League in 1910.

A newly-opened Ninian Park played host to the Bluebirds in their inaugural season in the Southern League, named after Lord Ninian Crichton-Stuart, whose efforts had helped the new ground be built.

After knocking on the door of promotion for their first two campaigns, Division One was reached with a first-place finish on the league table at the end of the 1912/13 season, with City losing only one match from 24 played.

Continuing to climb the table season after season, the Bluebirds finished their final full campaign prior to the outbreak of the First World War in third place, two spots higher than the Cobblers.

The war ended in 1918, with every club across the country being affected. Cardiff City was among the clubs who experienced losses in the conflict, notably including Lord Ninian Crichton-Stuart, who was killed in action in France in 1915.

With peacetime came the resumption of competitive football, and the 1919/20 season resulted in a fourth-place finish for the Bluebirds, who applied successfully for election to the Football League Second Division in the following campaign. Pictured above is City's 2020/21 side ahead of their first season in the Football League.

Northampton Town were also admitted into the league that season, albeit into the newly-established Third Division. Their promotion coming despite conceding a club record 103 goals in the previous season.

Cardiff City and Northampton Town went to battle in the Third Division Play-Off Semi-Finals at the end of the 1996/97 season.

Meeting at Ninian Park for the first of two legs, Northampton Town ended the victors as Wrexham-born midfielder Sean Parrish’s free-kick gave the visitors the lead heading into the second leg.

Three days later, the Bluebirds battled to chase the lead that the Cobblers had set, this time running out at Sixfields Stadium in front of thousands in the stands as then-record gate receipts were made for the hosts.

City conceded in the 25th minute of play, but Jason Fowler pulled one back before the end of the half.

Two more goals sealed the hosts’ lead as Ray Warburton and John Gayle each netted for the Cobblers. Simon Howarth found the back of the net in the 90th minute of play, but it wasn't enough for the Bluebirds, who exited their first ever Play-Off campaign, 4-2, on aggregate.

The Cobblers’ victory had not only ensured their ascension to Wembley Stadium, but also denied the possibility of a first ever all-Welsh Play-Off Final in the history of the Football League.

Facing Swansea City in London on May 24th, 1997, Northampton ensured their promotion with late dramatics, as John Frain scored a free-kick from over 20 yards out in the third minute of stoppage time.

Not to be disheartened by the 1997 defeat against the Cobblers, City set forth once again for a place in the higher divisions of the Football League in their following campaigns.

Achieving promotion in the 1998/99 season to Division Two (then the third tier of the Football League system), City acquired the services of Bristol-born Josh Low.

Low began his career at local club Bristol Rovers, and following a spell at Leyton Orient, had initially transferred to play at Ninian Park on a loan spell, later making the move a permanent one.

Rising to prominence in his first full season as a permanent player for the Bluebirds, the young midfielder helped his side to another promotion, making 36 league appearances and scoring four as City finished in second place on the league table, behind only Brighton & Hove Albion.

With another 22 Division Two appearances under his belt in the following season, Low helped City secure their place in the third tier before departing for Oldham Athletic in 2002.

One season with the Latics was followed by a move to play for the Cobblers in 2003, where Low would make 102 league appearances in Division Three. At that time, he was Northampton's record signing.

In three seasons, Low was a part of the side as they reached the Play-Offs twice successively before attaining promotion with a second-place finish in (the newly-renamed) League Two at the end of the 2005/06 season.

After his contract expired at Sixfields, Low joined then-Championship side Leicester City. He went on to play for the Foxes, Peterborough United, Cheltenham Town, Forest Green Rovers and Bath City before retiring in 2014 to focus on his career outside of the game.

Two decades of football and counting

Alex Revell played for 14 different clubs during his 20-year playing career - including City and the Cobblers.

The forward linked up with former manager Russell Slade in South Wales in January 2015. Slade couldn’t fail to have been impressed by Revell’s performance for Rotherham United against his Leyton Orient side in the 2013/14 League One Play-Off final, with Revell netting twice, including a 35-yard wonder volley.

Revell netted in just his second Cardiff City game at Norwich City after coming off the bench as a sub. He was forced to wait nearly two months for his second, and final goal for City, but it was a corker.

The Bluebirds were under the cosh against a determined Brentford side at Griffin Park. Despite their hosts dominating possession and taking an early lead through Andre Gray, City fought back. In the second half, Kiko Macheda made the best of a defensive mix-up to level before journeyman forward Revell lobbed City into the lead from distance. Late red cards for Macheda and Kadeem Harris made it even more difficult for City to stay ahead against their Play-Off bound opponents, but hold on they did, winning 2-1.

The former forward called time on his playing career in 2019 after one year at Stevenage. He even scored against the Cobblers during his final season as a pro. In a statement made after hanging up his boots, Revell said: “When I started by career in professional football at 16 I never thought about the day that I would finally hang up my boots.

“I have had the most amazing career, played at incredible clubs and met some truly inspirational people, as well as true friends that will be with me forever. The time has come though for a new and exciting chapter. The decision to stop playing was by no means an easy one but the time is right.”

He has since gone on into management, starting off with his last playing side, Stevenage, who were recently reprieved from relegation to the National League. Since taking on the role, he has had two different managerial advisors, both with City connections - Slade initially and now Lennie Lawrence.