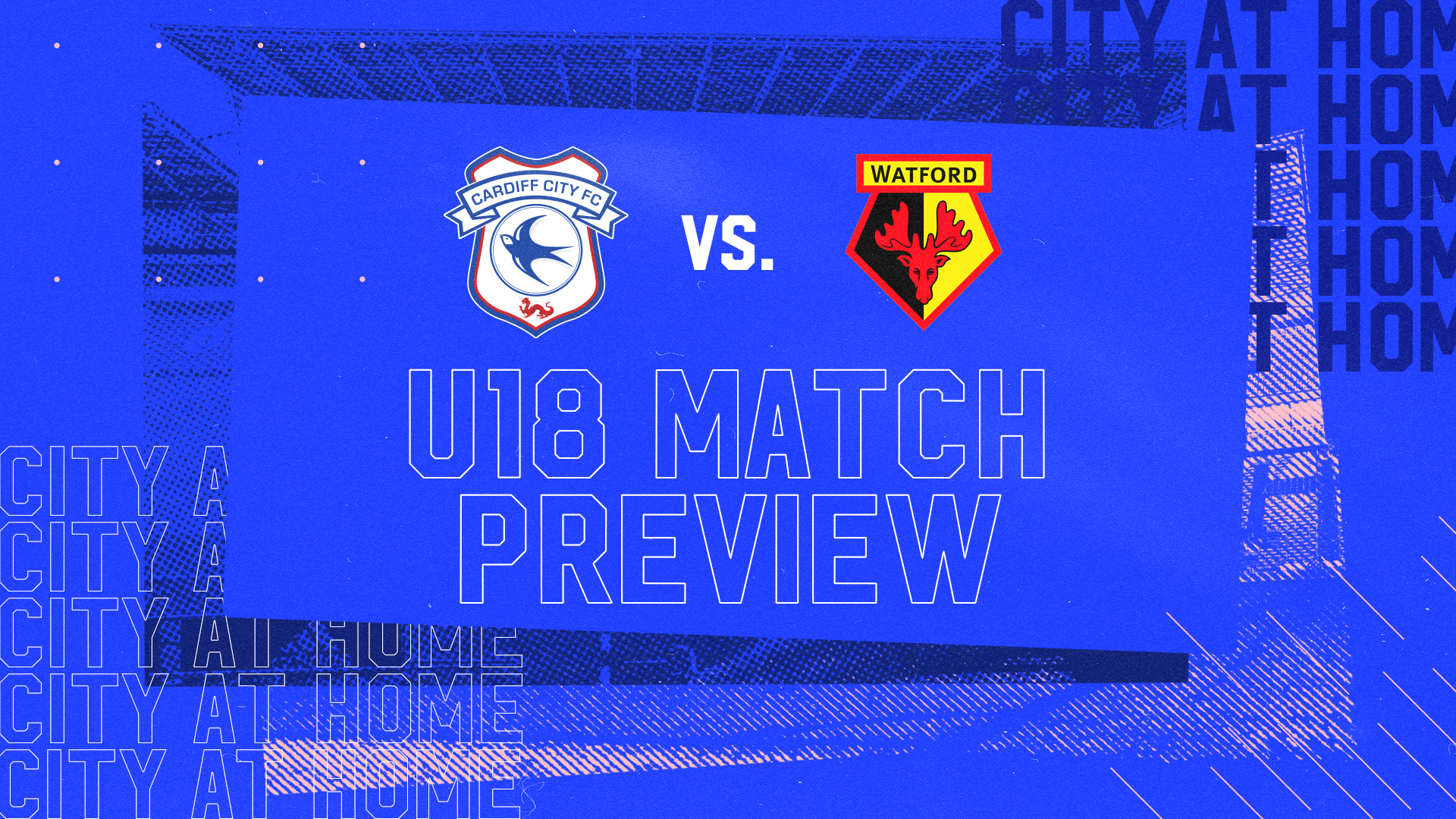 Cardiff City's U18 side returns to Leckwith on Saturday afternoon, as they continue their U18 PDL Cup campaign against Watford.

This fixture will kick-off at 12pm at Cardiff International Sports Stadium.

The young Bluebirds began their Cup campaign last week against Bristol City, defeating the Robins in a convincing 5-0 away win.

Despite losing all five of their league matches so far this season, Watford opened their Cup campaign with a victory over Swansea City on October 16th, winning 3-0 at home.

Speaking ahead of the fixture, Matthew Bloxham spoke of the side's desire to put in another positive performance on home ground this Saturday:

"A win against Bristol City such as the one we had last week will always give the boys that little boost," began Matthew. "We've seen that in training this week. What we've talked about is keeping that consistency, not looking back and instead towards the next game.

"Our main concern has to be our own approach, taking the lessons that we've learned from the last week and going forward to take another step forward, both as individuals and as a team.

"We've got a strong squad of scholars and U16 players, and whoever takes to the field tomorrow will be expected to perform in the same way that the team who featured last week did. They all want to earn their place in the team.

"The mindset should not be to rest having performed well previously, but to focus ahead of Saturday afternoon."