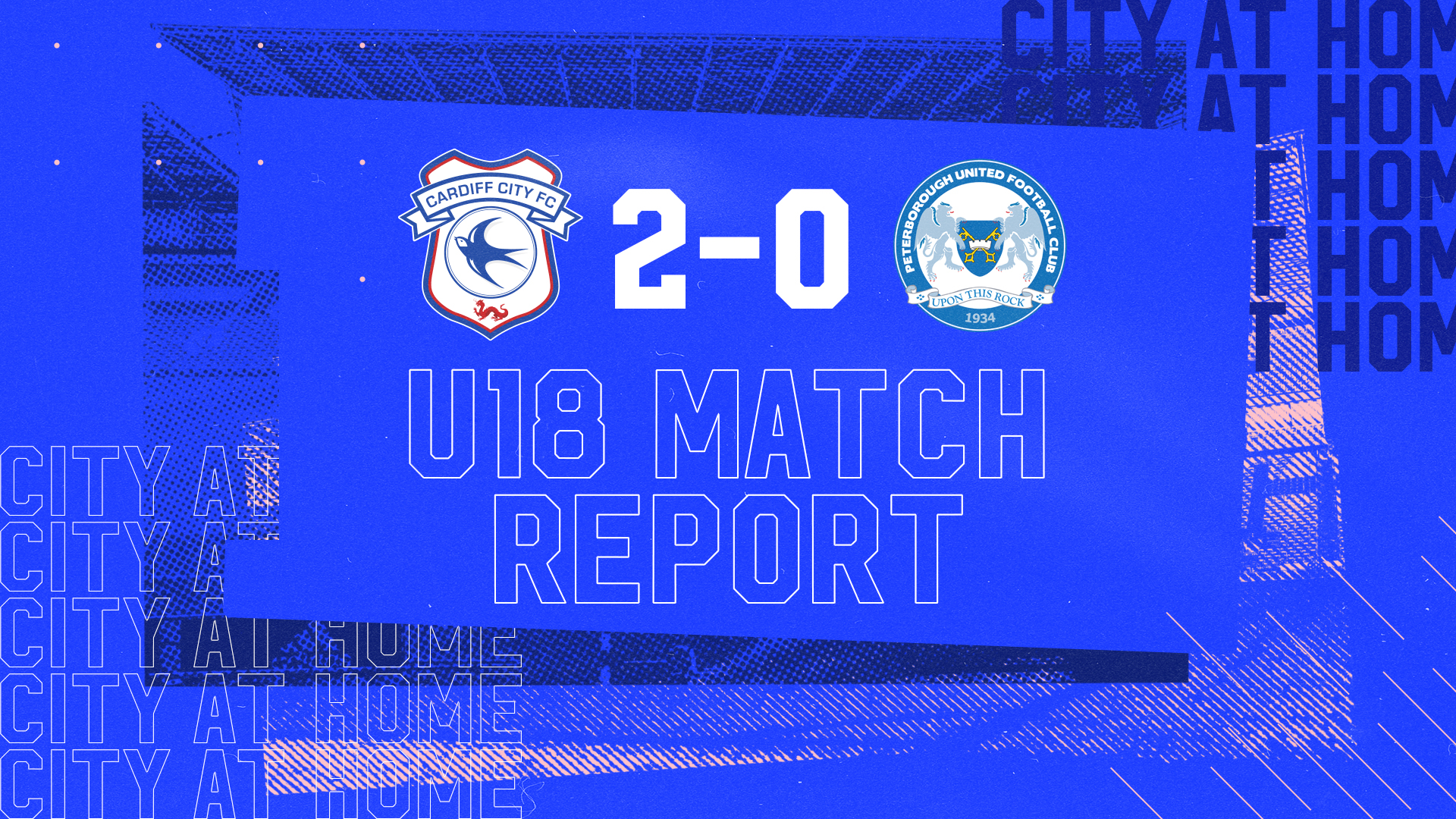 Cardiff City's U18 came away with their first victory of the 2021/22 season following a 2-0 win at home against the Posh.

James Crole's brace proved the difference between the two sides, as the forward netted in both halves.

In the 13th minute, Caleb Hughes put in a terrific run to draw in his man and the keeper upon entering the box. He finished off the move with a lovely laid off pass towards Crole, who took his shot in his stride to break the deadlock.

Before the interval, Hughes saw his own strike from outside the area tipped away well by Posh 'keeper Will Larkin.

Ten minutes into the second half, Crole doubled City's lead. Connecting with a well-placed cross into the are from a free-kick, Crole's header beat Will Larkin, with the ball going in at the near post.

The visitors nearly pulled one back with ten minutes remaining, but 'keeper Ben Coley was able to tip the ball wide of the mark with a superb diving save.

Holding fast for the remainder whilst continuing to threaten at the other end, City took three points following an impressive home performance in Leckwith.

U18 Coach Matthew Bloxham was impressed with the two-goal victory, saying: “I think the boys learnt their lessons from last time out about being ruthless in both boxes, we defended valiantly and took our chances, created some really good opportunities and Croley [James Crole] took two of his chances and Caleb [Hughes] had two assists. Then defensively I thought we really made sure to not concede, limiting them: we could be better in between both boxes, I think that’s an area for us to blend together the performances at Hull and against Peterborough, that’s what we’re going to aim for in the next game.”

Striker Crole was glad to help the team gain three points, adding: “We went into the game with a positive mindset and had trained well during the week, we started on the front foot and controlled most of the game - it was an overall good team performance. It’s my job as a striker to score goals and I just want to help the team by doing that, the boys are all playing really well, training hard, there’s a good atmosphere in and around the team, and I think we can do really well this season.”