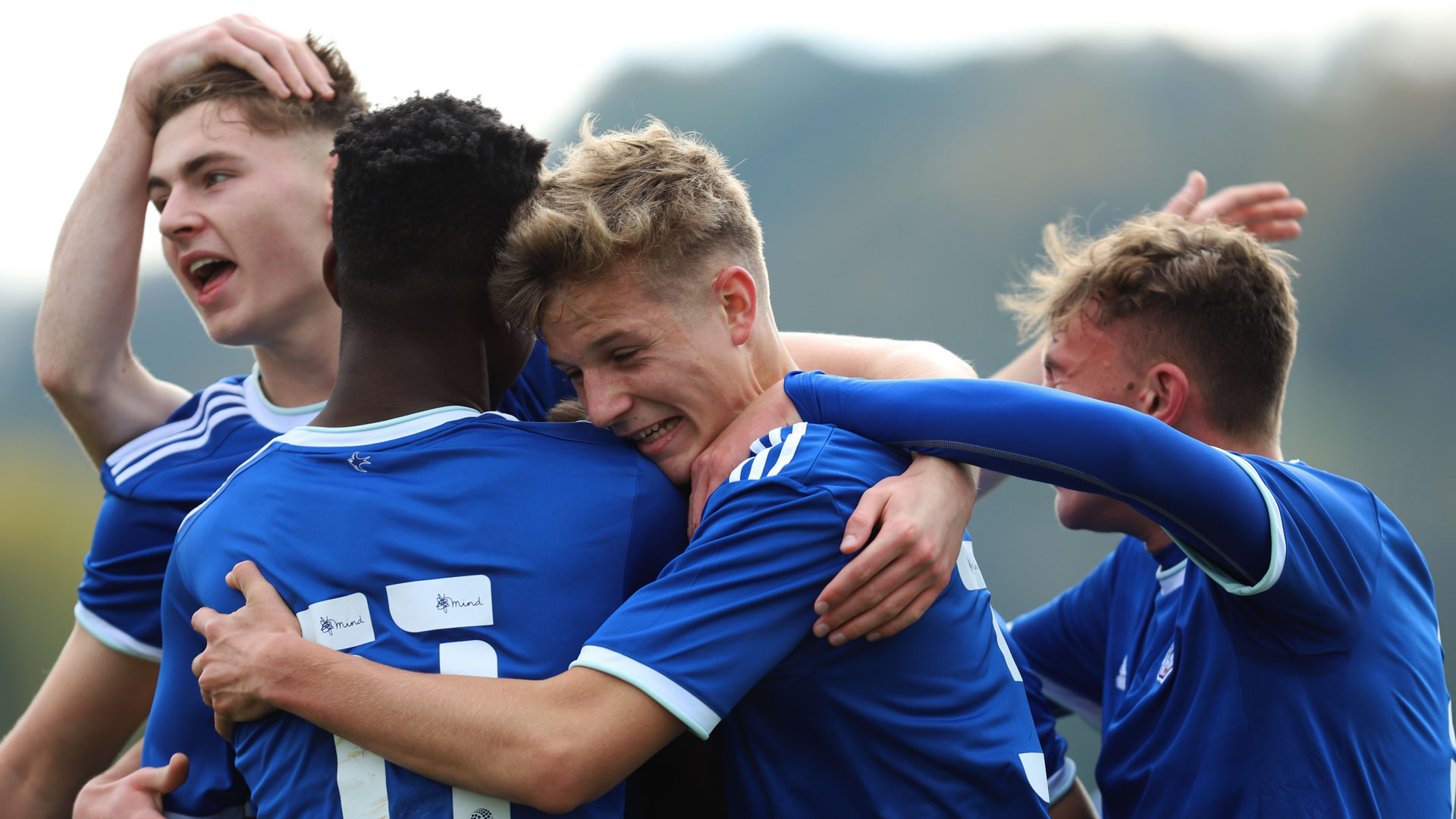 Cardiff City's U18 side finished their 2020/21 campaign with a stunning 6-0 victory over Ipswich Town on Saturday.

James Crole picked up a hat-trick against the Tractor Boys, while Cian Ashford bagged a brace and Eli King contributed with one of his own.

The Bluebirds began the match strongly, pressing the visitors thoroughly in the opening passages of play. Following an early chance for Ashford which saw him shoot just wide, moments later he found his mark, breaking the deadlock with only 13 minutes played.

Ashford quickly doubled his tally, when five minutes later he scored in nearly-identical circumstances, though Siyabonga Ligendza picked up his first assist of the morning, having pounced onto a loose goal kick at the edge of Ipswich's area.

The visitors very nearly struck back afterwards, though Jaimie Cogman interfered with a powerful shot from close range, somehow managing to handle and control the ball having blocked the effort.

Ipswich rued their missed chance five minutes later, as James Crole made it three on the half-hour mark. Ryan Kavanagh laid the ball off nicely for his teammate, who coolly finished from close range.

One final chance for City that half came through Ligendza, whose headed effort from Ntazana Mayembe's well-placed cross flew just wide of the near post.

Despite Kavanagh's sending off just before the interval, City kept up their pressure on the visitors as Crole scored his second of the afternoon in the 55th minute, with another nicely worked goal from short range.

Earning his hat-trick with less than 20 minutes remaining, Crole's third was perhaps the pick of the bunch. Ligendza's run from deep in his own half saw the forward reaching the opposing side's area, before he picked out Crole, who dispatched well past the 'keeper.

City's final goal of the afternoon was scored by Eli King, with the young Bluebirds once again being ruthless on the counter-attack. A deft finish by the midfiielder gave the hosts their sixth, with little over then minutes remaining.

With the final whistle blown, the Bluebirds had finished their season on a high, following a dominant display throughout, despite being a man down for the entirety of the second half.

Following the final whistle, U18's Coach Matthew Bloxham discussed the result, as well as his reflections on the season as a whole.

"The most pleasing thing is the overall performance," said Matthew. "We've always known how good our players are, and the result today shows the learning curve and development that they've made over the course of the season.

"They've taken everything on board, and today was the perfect way to end the campaign.

"We always do a lot in training to make the most of the chances that we create. The attackers did really well today, and that couldn't have happened without the efforts of the midfield. It was a team performance, and something that they can all be proud of.

"It's always difficult when you lose a man, but the boys conducted themselves magnificently in the second half, to attack and not just sit in defensively.

"A positive performance to finish off the season will allow the boys to work hard in the summer and during their break with some confidence. Now for them it's all about continuing to do well in this early part of their careers, whether they're going into their second year at this level, going up into the U23's, or moving on to pastures new.

"We're looking forward to working with the boys as they look to kick on from here now, following a really positive end to this season."