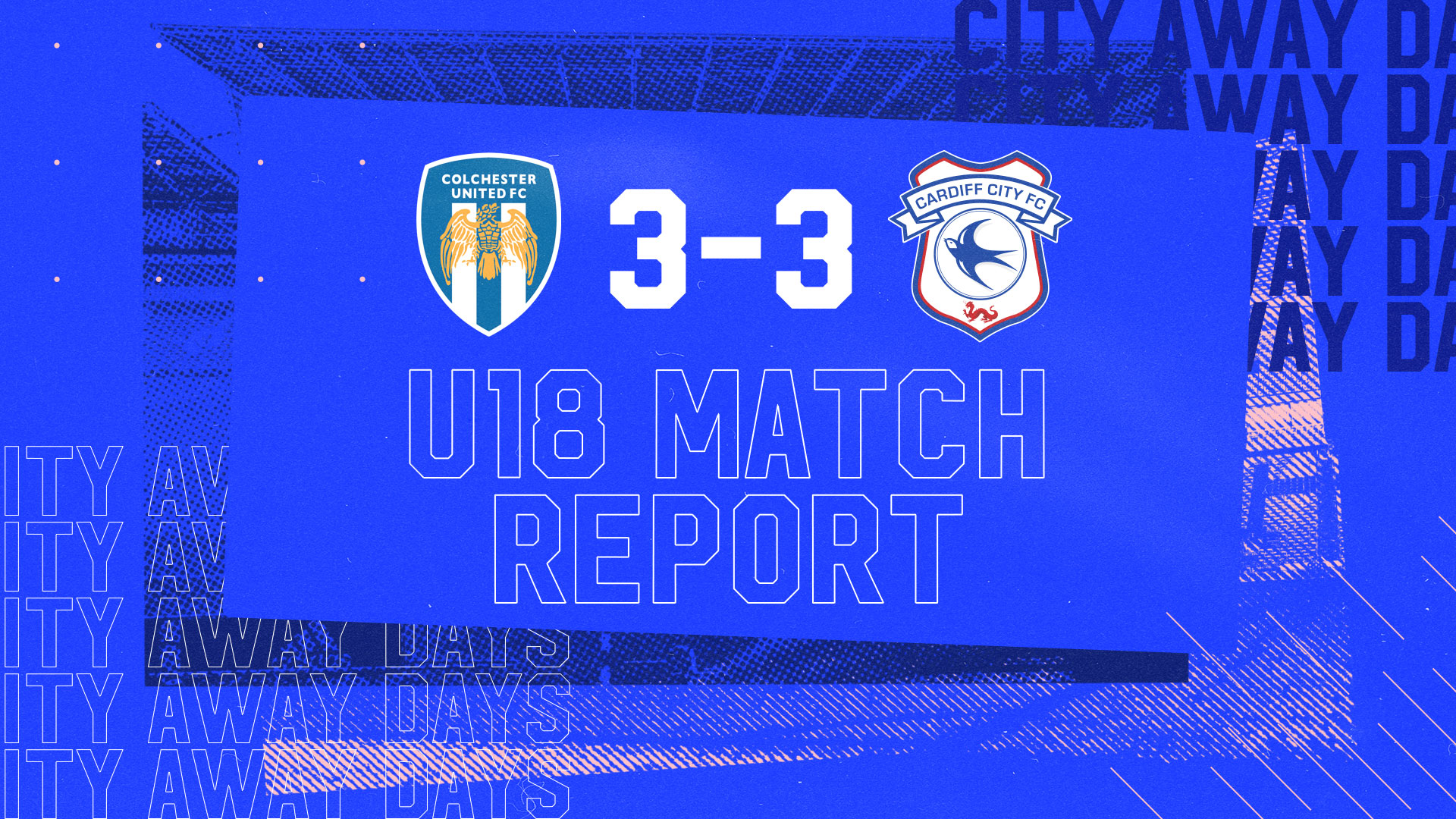 Cardiff City’s U18 side came back from being two goals down to secure a 3-3 draw with Colchester United in the Professional Development League at Wallace Binder on Saturday afternoon.

James Crole, Caleb Hughes and Rhys Schwank scored as the Bluebirds earned a point on the road in their first match in two weeks.

Matthew Bloxham made three changes from last time out as Joe Keeping, Lewys Ware and Adam Coomer started. U16 player Dan Barton came off the bench to make his U18 debut.

The home side got off to a good start and found the game’s opener after 13 minutes through an own goal. City responded well and levelled 14 minutes later through striker Crole’s fourth goal of the season.

After the interval play tightened as both sides hunted for the lead, but Colchester found it with 68 minutes played as captain Frankie Terry headed in, and they added a third four minutes later through an own goal.

City refused to give up and got one goal back inside the following three minutes as attacker Hughes’ free-kick found the top corner, then substitute Schwank equalised with nine minutes of the 90 remaining.

The Bluebirds couldn’t find a winner in the closing minutes despite pushing for it, taking a well-deserved point from Maldon.

U18 coach Matthew Bloxham highlighted what the youngsters can take from the encounter as they continue to develop, following the final whistle.

“I think it’s a real learning experience for the boys,” began Matthew. “It was a longer journey on the day and we started the game slowly, which is something they need to learn about, how to turn that mindset on in the early stages, but once we grew into the game they really showed some glimpses of their quality.

“We’ll review the goals we conceded in the week but we’re disappointed with them, and the goals we scored showcased our talent so next week is about getting the balance right: they showed a lot of character being 3-1 down to reset, reapply themselves mentally and at the end we could have got three points.”

He concluded, saying: “It was also really pleasing to see Dan Barton come on and make his U18 debut: a number of the U16s have come through this season and he’s another one who’s come on and performed really well - we’d like to utilise them more in the future.”