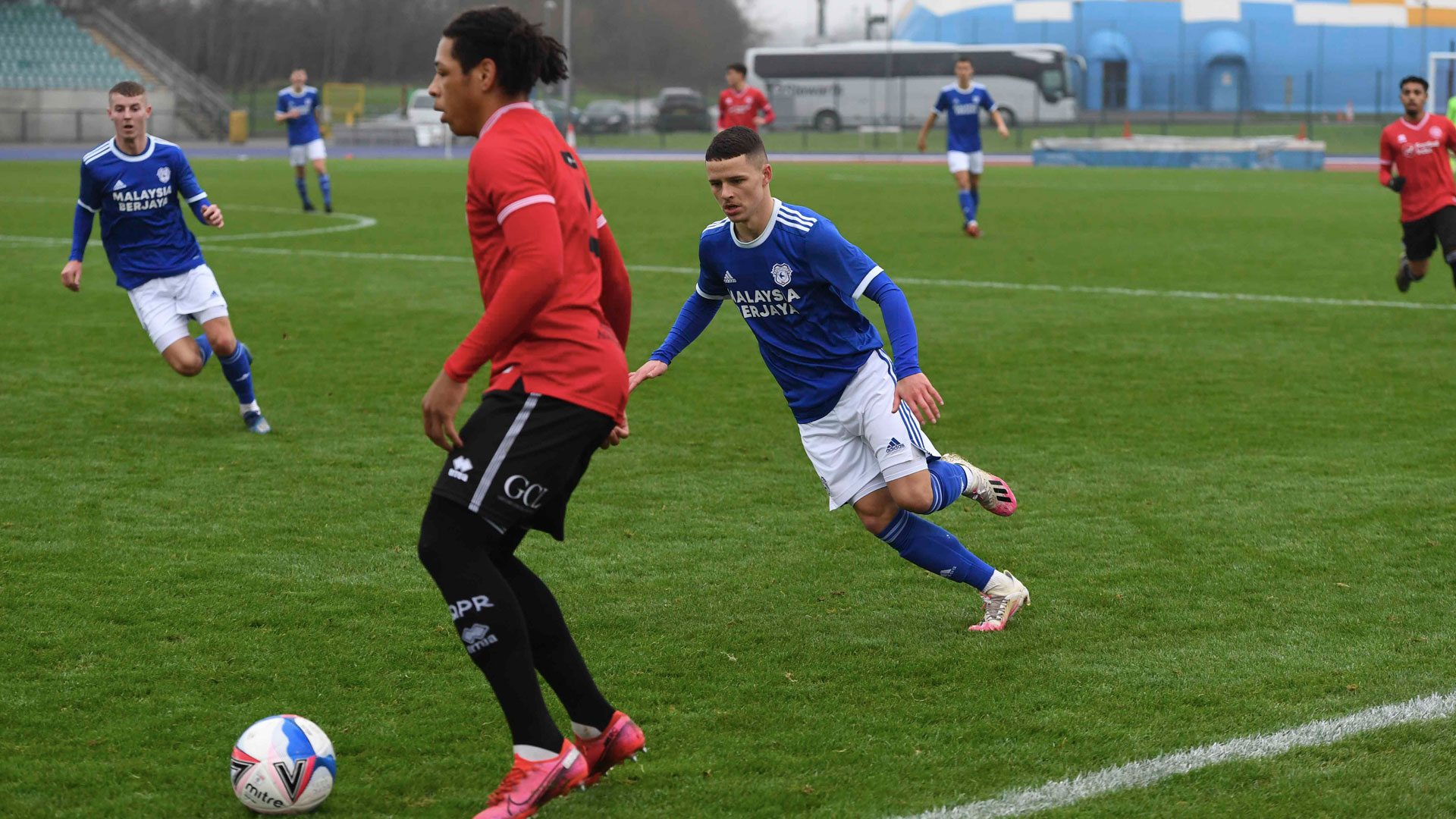 Rubin Colwill came off the bench to net late, securing three points in the team’s final fixture of 2020.

Steve Morison made eight changes from last time out. First Team players Dillon Phillips, Filip Benković, Joel Bagan, Gavin Whyte & Josh Murphy were given game time - alongside Keenan Patten, Chanka Zimba and Kieron Evans, who have all been on the bench for City's senior side in recent weeks. Oli Denham, Owen Pritchard and Ben Margetson, who captained the team, completed the starting XI.

City's opening opportunity came after eight minutes. Winger Murphy’s shot from an acute angle was saved, before striker Zimba fired over on the rebound.

Goalkeeper Phillips was then called into action several times, demonstrating fine form. Dylan Duncan and Manasse Mampala could not get their respective efforts past the strong stopper.

Former Norwich City man Murphy crafted the final chance of the half shortly before the break. The 25-year-old sped in midfield and put a through-ball into the path of forwards Zimba and Whyte, but QPR goalkeeper Murphy Mahoney got there first.

25-year-old Phillips stepped up again after 55 minutes. Forward Mampala’s ambitious strike from range was brilliantly kept out by an acrobatic save.

The attacking Bluebirds had multiple chances inside the final ten minutes, looking to find a deserved winner. Owen Pritchard shot just over, midfielder Patten fired into the side netting and Isaak Davies hit the post.

Cardiff City looked for a second in the closing minutes as the visitors hunted an equaliser, but no further goals came and the Bluebirds took all three points.