City's U23 squad opened their PDL campaign with a 1-0 victory over Wigan Athletic on Monday, August 16th, 2021.

Kieron Evans' second half strike was the only goal of a tight game at Cardiff City Stadium.

It was a battle of a game at CCS - with both teams setting out with five men defences. Taylor Jones and Tom Davies impressing for the hosts from the opening moments in their wing-back positions. It was City who were the more lively of the two teams throughout. Keenan Patten and Kieron Evans saw shots saved by Sam Tickle after 13 minutes.

Isaac Vassell went close to opening the scoring 27 minutes in. The forward forcing Tickle into a smart low stop. The Bluebirds went even closer seven minutes later. Evans feeding Chanka Zimba with a fine pass. The 19-year-old though saw his low strike bounce to safety off the post.

The away side saw their only real chance of the opening half come and go as right wing-back Dinesh Gillela found a rare amount of space in behind the City defence late on. He, however, couldn't hit the target with the shot.

After the break - two efforts from distance threatened early on. One from Evans, that Tickle held, and a second from Latic Harry McHugh, that whistled just beyond the post.

The game finally saw a goal just after the hour mark as the dangerous Evans was rewarded for his impressive performance. Vassell broke in down the left side and while his pass was blocked, a fortunate deflection off a defender saw the ball fall into the path of the Welsh youth international. Evans made no mistake with his shot, powering a low strike into the net from ten yards.

The Bluebirds remained in control of the match following this first goal. But they still required the heroics of George Ratcliffe to ensure the win. McHugh struck a thunderbolt with three minutes remaining, but Ratcliffe somehow diverted the ball over the crossbar.

City held strong in the final few moments to pick up the victory on opening day! 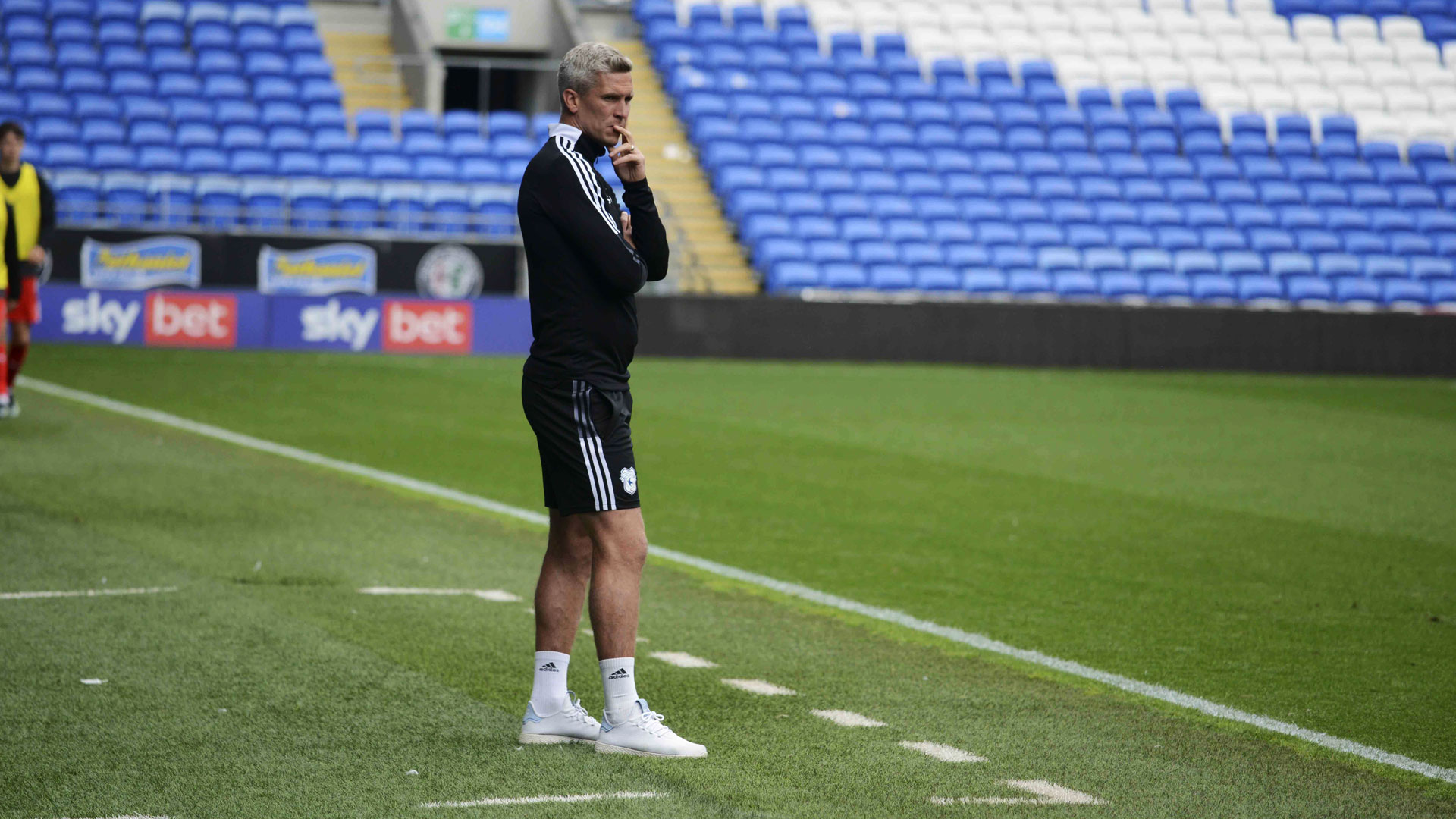 "I'm pleased that we won," began Morison. "Kieron got a good goal, and we had some good chances. We were a bit sloppy at times and gave them too many opportunities, but we won the game. It was our first of the season, and it's a good habit to be winning.

"We have loads to work on and loads to improve on; can we be better? Yes. But to give Wigan credit they had their moments and were good.

"There was a rustiness there, as it was our first game back together as a group. We really wanted to push them and did a massive session yesterday in an 11v11 against the First Team. For them to do that then to come out and win today in fantastic for them. We've stretched them but they've come out of it on top."

Watch the interview with Steve Morison in full on Cardiff City TV!