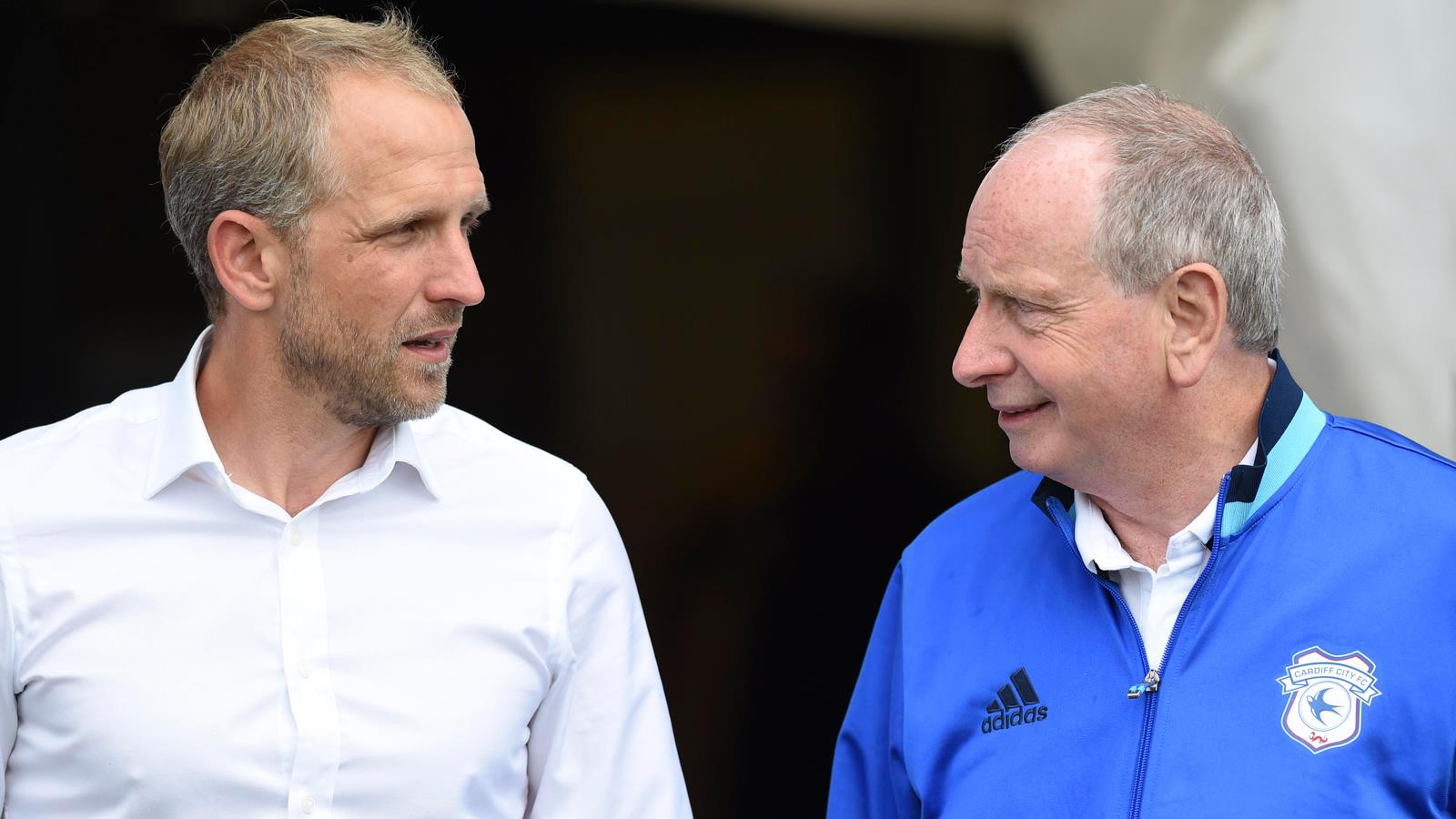 CONNECT FOUR | THE BLUEBIRDS & THE GAS

Club News
10th August
Ahead of Thursday evening’s cup tie at the Memorial Stadium, we take a look at three players (and a Head Coach) who have had spells with both the Bluebirds and the Gas in recent years.
Peter Hooper
Hooper was first contracted to Bristol Rovers after catching the eye of scouts while playing for Dawlish Town in 1953. He made his debut for the Gas in March 1954, the first of 297 appearances for the club, 163 of which came consecutively between October 1957 and August 1961. The former Kenyan international played his football for Rovers in the Second Division, what is today known as the Championship, and is one of just six players to score over 100 goals for the Club.
The forward then made the switch to Cardiff, where he played also in the Second Division for the duration of the 1962-63 season. He finished the year as Bluebirds top-scorer with 22 league goals and 24 in all competitions, making just 44 appearances in the process.
Jason Perry
Perry’s debut for City began in March 1987, playing his part in a 0-0 draw against Exeter, but it wasn’t until the 1989-90 season when he really made his mark after sustaining a regular first-team place. Just three years later, the defender was crucial in helping the Bluebirds gain promotion to Division Two.
During Perry’s time at Cardiff, his performances gained an international call-up, turning out for Wales in their 3-1 defeat to Norway in 1994. After 281 appearances for the Bluebirds, he moved East to Bristol Rovers where he spent the 1997-98 season. In his one year at the club, he was a regular in the starting line-up, playing 25 times.
Liam Lawrence
Lawrence was loaned to Cardiff from fellow Championship side Portsmouth in 2012. The midfielder made his debut in March 2012 against Brighton & Hove Albion, setting up City’s second in a 2-2 draw. He went on to make 13 appearances for the Bluebirds, scoring the winner in a 1-0 victory over Barnsley in April of that year.
After joining in January 2016, the former Republic of Ireland international now plays his football at the Memorial Stadium and has made 12 appearances for the club to date. His biggest accolade at the Gas came on the final day of the 2015/16 season, helping his side gain promotion to League One ahead of Accrington Stanley.
Paul Trollope
Our most recent connection with Tuesday's opponents is undoubtedly the current Cardiff City Head Coach, Paul Trollope. PT started his first coaching role at the Gas after playing out his career there. In 2005-06, just his second season with Rovers, the former midfielder became caretaker manager, before being appointed first-team coach alongside Lennie Lawrence. From here, he guided the club to a respectable 12th place in League Two before the club reached the Football League Trophy final the following year and gained promotion to League One via the play-offs.
The Bluebirds boss enjoyed another successful season at Rovers in 2007-08, helping them make the quarter-finals of the FA Cup for the first time in 50 years. As his time at the club came to an end in December 2010, the former Derby, Fulham and Coventry man had a record of 106 wins from 284 games.
Paul joined Cardiff City Football Club in February 2015, taking full control of first-team coaching affairs from May 2016 - welcoming former Bluebirds manager Lennie Lawrence back into the fold as one of two assistant coaches later in the summer.