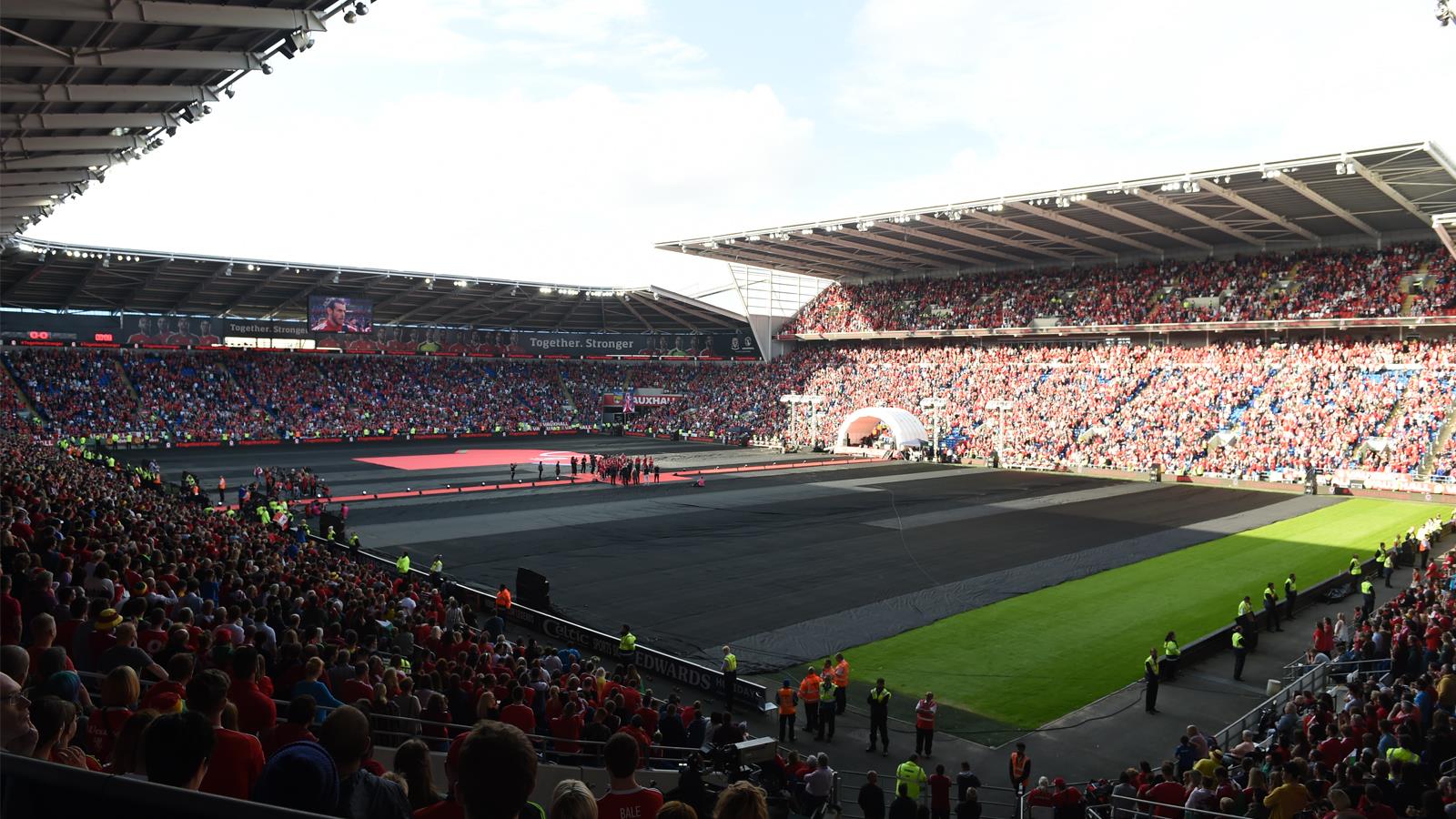 This evening (Friday, 8th July), Chris Coleman and his Wales squad and staff were welcomed back to the Welsh capital, following their heroic performances in France at EURO 2016.

The Wales team, who bowed out of the tournament at the Semi-Finals stage after Wednesday evening’s valiant defeat to Portugal, marked their return with an open-top bus parade, culminating in a superb celebration alongside supporters at Cardiff City Stadium.

Cardiff City Director and CEO, Ken Choo, presented FAW President, David Griffiths, and CEO, Jonathan Ford, with a gift on behalf of Cardiff City FC to congratulate the entire squad on their incredible road to the last four in France. Their displays inspired the entire nation and will long be remembered by the fans who supported them both on home soil and abroad.

Tonight’s homecoming event saw a mutual show of thanks between the squad and fans at CCS. Those present were also treated to performances by Manic Street Preachers, the Barry Horns and more, while Chris Coleman and his players appeared on-stage to share their EURO 2016 experiences.

Our congratulations go to all of the Welsh players, staff and – of course – fans, who earned plenty of plaudits for their passion and support as they followed their national side across France. CLICK HERE to read City's tribute to the Wales squad and staff, including those who have represented, or continue to represent, the Bluebirds at Club level.