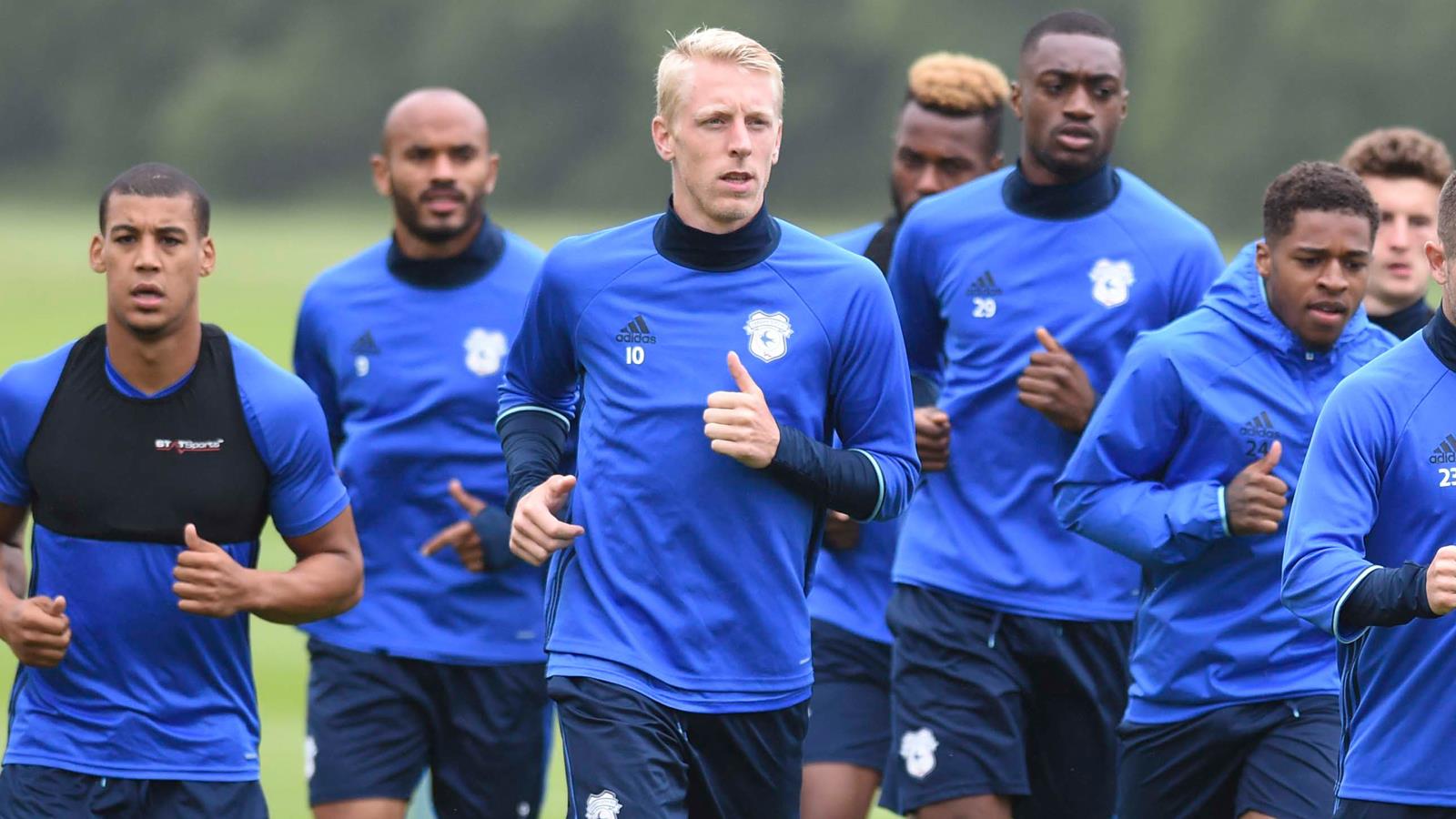 LEX | WE ARE ONE TEAM, ONE GROUP

The Bluebirds lifted the Osnabrück Tournament trophy following victories over VfL Osnabrück and FC St. Pauli, before playing out a 1-1 draw with VfL Bochum.

Having featured in each of those games, Lex was in positive spirits as he reflected on the Bluebirds' pre-season as a whole, which has seen him slot into a different position in a new-look formation.

"The whole pre-season has been tough," began Lex. "With high intensity, lots of runs and different formations and I think we are 90% there now.

"Frédéric [Gounongbe] is also now here, and we’ve got Kenneth [Zohore], who are both strong - stronger than me - and technically I think I'm little bit better as a midfielder. I can play everywhere though, it doesn’t matter to me - I'll do what the Gaffer says!

"Fred is a good player - strong, technically very good and until now I’ve got a good click with him. With Pilky [Anthony Pilkington] too, it’s going okay with us three, and we will see what the line-up is on Saturday."

As he looked ahead to the Bluebirds' last pre-season match against AFC Bournemouth, Lex gave a final assessment on the City squad - and had one last word for the contingent of Bluebirds who travelled to Germany, adding:

"I think the team is getting stronger and stronger. We are one team, one group. As I said, it was a good trip, and we are 90% there now. Then, we have to be ready after Saturday.

"The fans were there for the St. Pauli and Osnabrück games, and also tonight [against VfL Bochum]. I’m proud to have supporters like this and they are always there, so 'thank you’.

"I've enjoyed the last six months in Cardiff, playing with the guys in the team, playing for the supporters and working with the staff.

“They are always positive. I know the people here, and I know everything about Cardiff and the city."