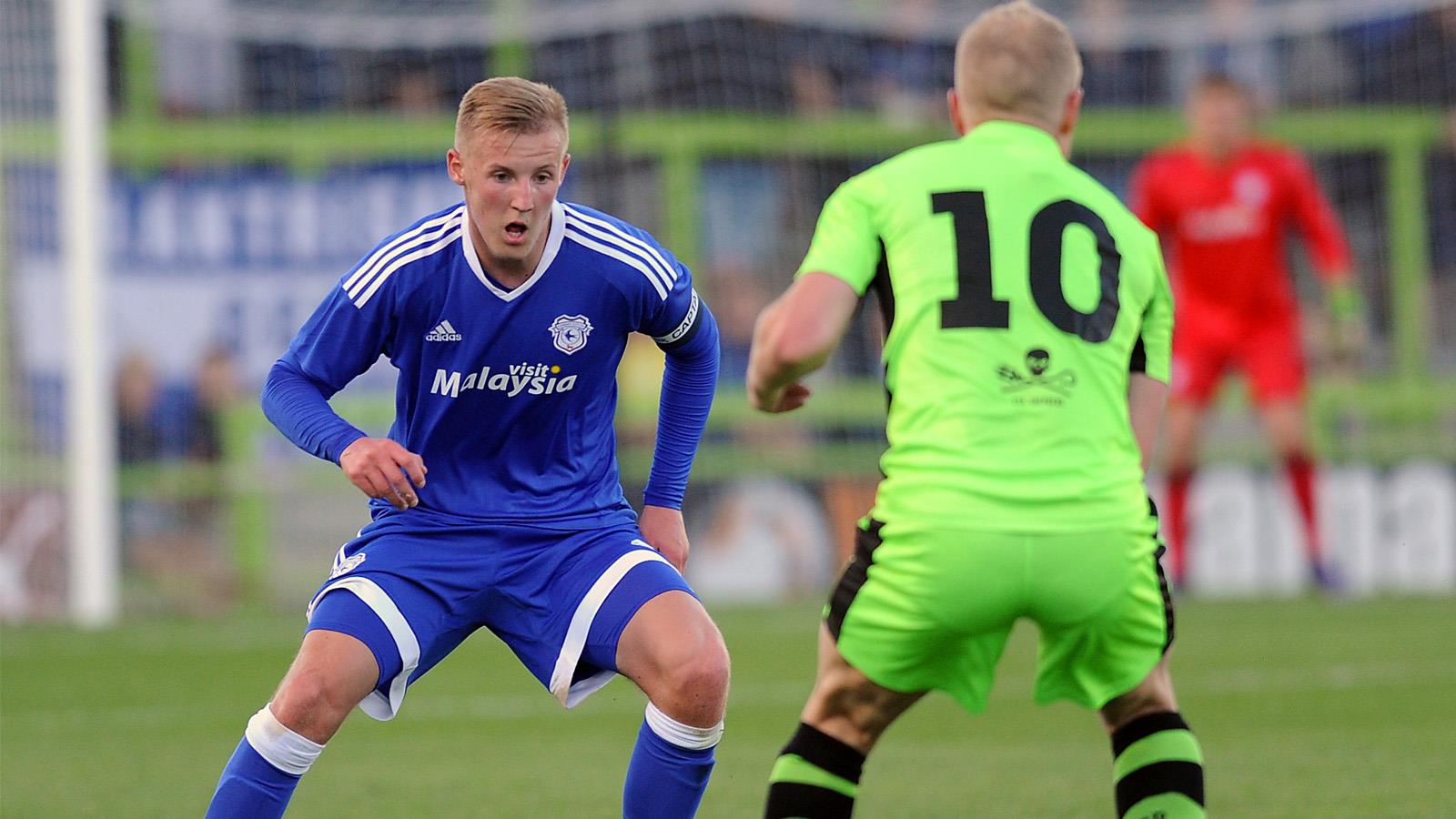 A young Cardiff City XI fell to defeat at The New Lawn, with an impressive Forest Green Rovers coming from behind to win 3-1.

Comprised mainly of U21 and U18 players, the Bluebirds started brightly in Gloucestershire, with a number of early chances.

After some good build up play around the edge of the Rovers box, striker Adam Le Fondre saw a powerful shot blocked. Minutes later, Tommy O’Sullivan curled a low effort goalwards after cutting in from the left flank, only to see his attempt well held. A similar attempt on the other side, this time involving Rhys Healey was saved almost identically by Forest Green 'keeper Jonny Maxted.

The hosts thought they had taken the lead midway through the half, but Christian Doidge was adjudged to have fouled City keeper Ben Wilson, before smashing into the net.

After 24 minutes, the Bluebirds got the lead they deserved. A fantastic pass found Healey on the right flank, who cut inside, and moved the ball onto Robbie Patten. The midfielder slid a pass into Le Fondre, whose clever touch sent strike partner Federico Macheda through. A powerful shot from the Italian couldn’t be stopped by Maxted, putting Cardiff in front. Minutes later, Belgian Marco Weymans almost doubled the lead, with a curling shot which whistled past the upright.

Despite the flowing attacking play from the Bluebirds, Forest Green were given the chance to equalise from the penalty spot on the half-hour mark, after O’Sullivan fouled Drissa Traore in the box. Doidge stepped up, but his shot into the bottom left hand corner was superbly saved by Ben Wilson, to the delight of the 221 travelling Cardiff fans behind him.

Against all odds, Rovers were awarded another penalty only seven minutes later. Kieffer Moore was the man to step up on this occasion, and duly obliged - slotting his spot kick towards the same corner, this time levelling the score.

The game opened up in the latter stages of the half, with both sides having good opportunities. Healey had an effort blocked after cutting into the Rovers box, before Mohamed Chemlal’s shot from the edge of the City area was comfortably saved by Wilson. However, neither side could add another goal before the interval.

In the second period, the Bluebirds almost re-took the lead, but goalkeeper Maxted recovered well after some initially dodgy footwork, with Le Fondre and Bird closing in. Both sides began to make numerous changes, although chances were at a premium. The hosts had the ball in the net once again though, but the linesman’s flag denied Moore a second of the evening. Susbstitue Jarrad Welch came close for the Bluebirds, with a shot that nearly crept in at the near post.

On 70 minutes, the hosts took the lead through their new signing, Matt Tubbs. Only introduced to the Rovers fans a few hours before kick-off, the prolific striker curled a right-footed effort past the diving Wilson.

As the Bluebirds pushed for an equaliser late on, the hosts secured the win with a blistering counter attack down the right hand side. Young substitute Olly Mehew got on the end of a square ball across the box, to tuck home at the near post. A late strike from Cardiff’s Mark Harris flew just over the bar, as the young Bluebirds’ spirited performance ended in defeat.

Listen to the views of Assistant Coach James Rowberry, below: