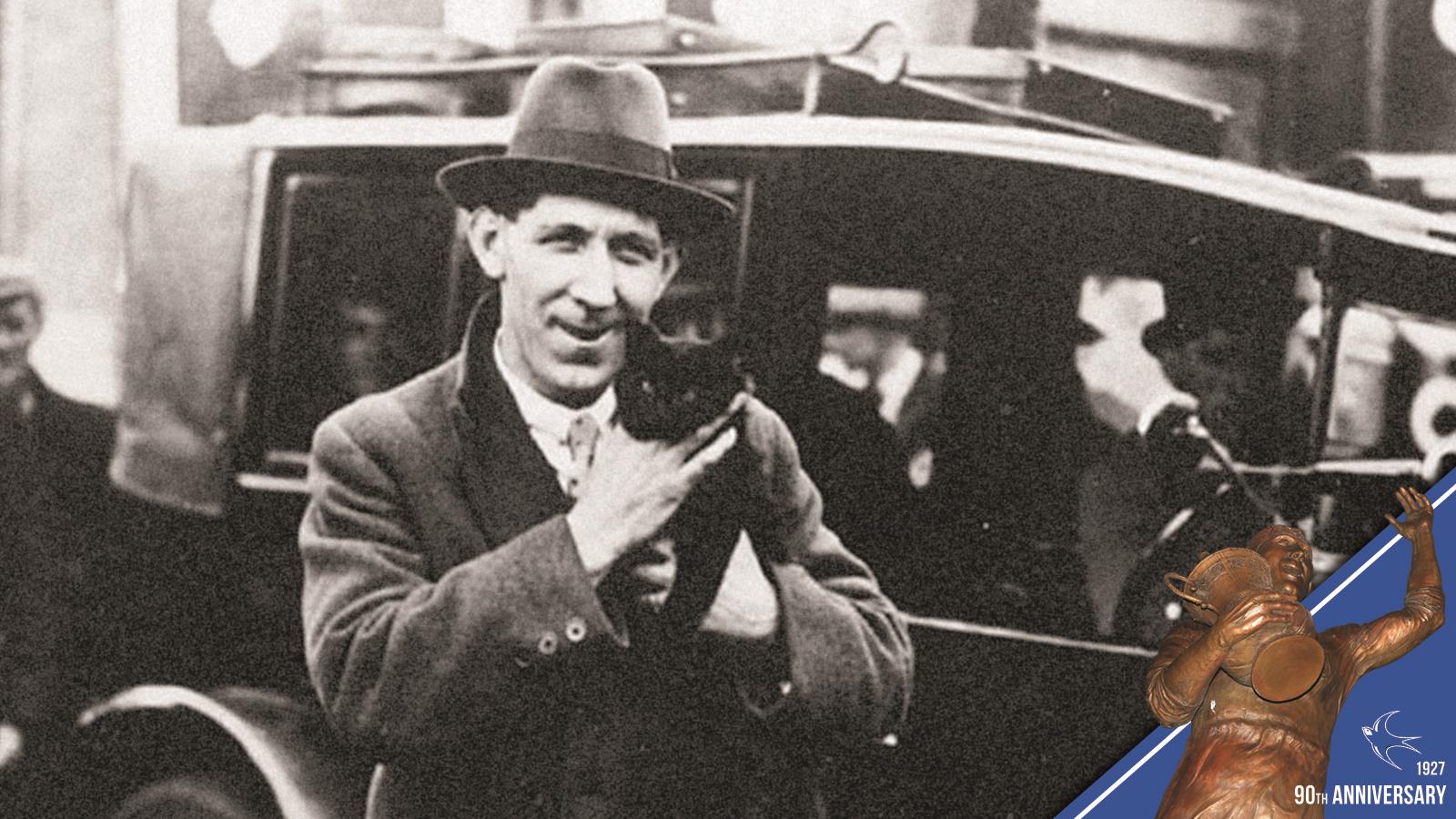 Ever heard of Trixie? She was Hughie Ferguson's lucky feline friend...

Cardiff City’s 1927 FA Cup Final victory over Arsenal marks the only occasion in the 145-year history of the tournament that the trophy has been won by a team outside of England; a remarkable moment of national Welsh pride, given the competition had previously been referred to as the ‘English’ Cup.
Hughie Ferguson’s 74th minute strike got the better of Dan Lewis in the Arsenal goal on that famous day, albeit with a slice of fortune as the ball slipped under the Glamorgan-born goalkeeper and into the gaping net.
En route to the Final, Cardiff City adopted a black cat, Trixie, who would go down in the Club’s famous history; the squad and in particular Ferguson, believed she was a good omen - and they appeared to have got that right!
Ferguson had found Trixie wandering astray on the Royal Birkdale golf course in Southport as City's players prepared for their Fifth Round tie at Cup holders, Bolton Wanderers. He called on nearby neighbours to try and find Trixie’s owner and eventually his efforts would prevail.
The black cat’s owners agreed to let the Club keep the cat in exchange for two tickets to the Final (if the Bluebirds were to make it). A deal was struck and the lucky mascot duly delivered, travelling with the side for their remaining ties and all the way to Wembley.
The Bluebirds won the FA Cup (it would be renamed as such following City’s ’27 success) and the Welsh Cup in 1927 and are the only team ever to win the national cup competition of two different countries in the same season. Lucky Trixie?
Despite reaching the final in 2008, the Bluebirds narrowly missed out on a second F A Cup final win as they lost 1-0 to Portsmouth in front of the largest crowd at the new Wembley since its re-opening in 2006.
English clubs’ trophy cabinets have housed the famous Cup ever since Cardiff City - with Trixie - took it away from them for a fleeting spell ninety years ago.