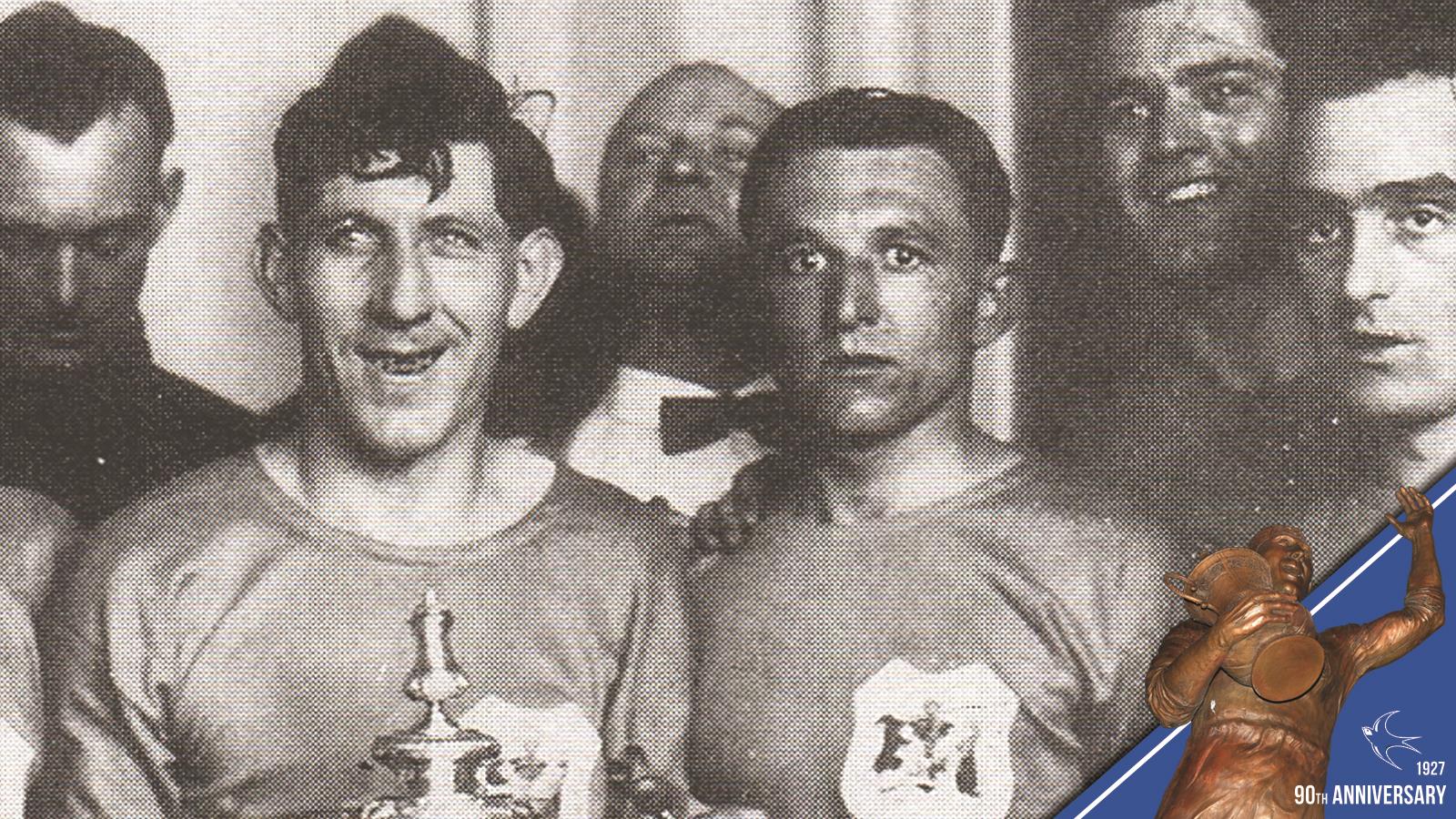 Ernie Curtis was the remaining survivor of our glorious '27 winning team...

In the lead up to the 1927 Cup Final against Arsenal, manager Fred Stewart was forced to make one significant change to his starting line-up, due to injuries and player unavailability.
This situation gave nineteen-year-old outside left Ernie Curtis, born and bred in Cardiff, the opportunity to help Cardiff City become the first Welsh side to win the ‘English Cup’.
HARRY’S AGONY
The Bluebirds had contested the Final two years previously against Sheffield United, but lost 1-0 to the Yorkshire side. The Blades scored thanks, in part, to a mistake from midfielder Harry Wake who was caught in possession by Fred Tunstall.
The Englishman was desperate to atone for his error two years later but had the misfortune to be injured a week before the Wembley fixture, during City’s 3-2 win against Sheffield Wednesday.
Wake had suffered damage to his kidneys during the match and this even prompted one overly zealous London-based journalist to report that he had died. A City supporter, distraught at the news, took flowers to the Cardiff Royal Infirmary, only to find Wake sat up in bed!
Harry’s absence, combined with that of fellow outside left Billy Thirlaway who was ‘cup-tied’, opened the door for Curtis to come into the starting line-up and play in front of over 90,000 people at Wembley. It made him the youngest player ever to appear in the Cup Final at the time, aged nineteen years and 317 days.
Despite his tender years, the teenager put in an accomplished performance as City famously dispatched Arsenal 1-0. Thanks to Hughie Ferguson’s goal, Curtis also became the youngest player ever to win a Cup winners medal at that point.
A CUP DOUBLE
Ernie’s memorable 1927 didn’t end there. A few weeks later he lifted the Welsh Cup when Cardiff beat Rhyl 2-0 in the final.
Indeed, Curtis’ final trophy in a City shirt came when he played in the 2-1 FA Charity Shield victory over amateur side Corinthians in October 1927.
Later that month, Ernie’s exploits for the Bluebirds earned him his first full Wales cap when he played and scored against Scotland at Wrexham in a 2-2 draw.
He reluctantly left the Bluebirds to sign for Birmingham City soon after and played at St. Andrew’s for six years before returning to Cardiff for a second spell. Due to Birmingham’s refusal to release him for international games, Curtis only won two more caps for his country following his debut against Scotland.
After hanging up his boots, Ernie served in the Royal Artillery during World War Two, and spent four years as a Japanese prisoner of war, having been captured in the Far East in 1941.
He survived the ordeal and after returning home from the war, he became Cardiff City’s trainer in the late 1940s. He would occupy various positions at the club until he retired in the mid-1960s to become a publican.
Ernie lived in the city of his birth until he died in November 1992, aged 85.
He was the last surviving member of the team that took to the field on that famous April afternoon.