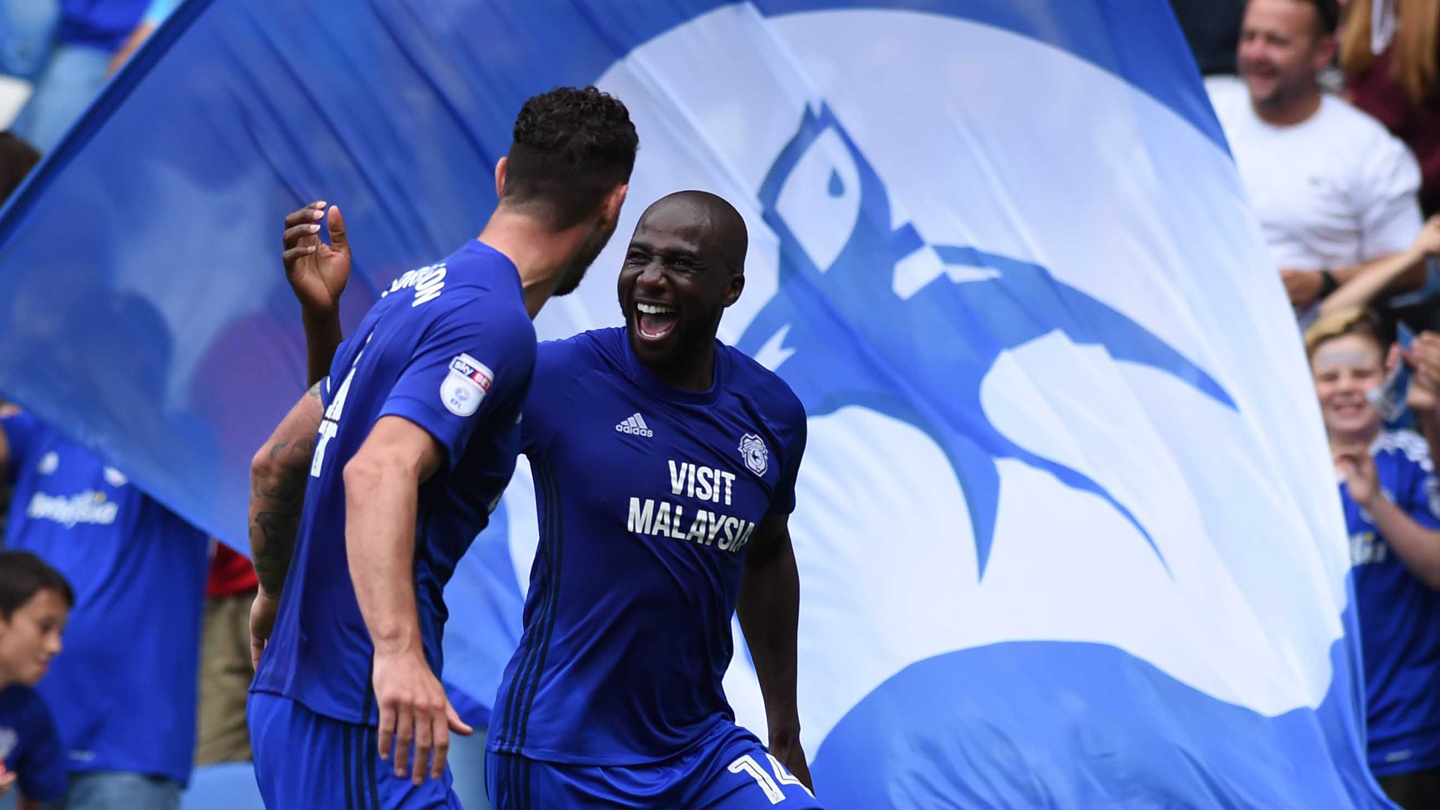 Bamba:“We've Got A Good Side, We're Winning Games And Hopefully That Will Continue.”

The Bluebirds maintained their perfect start to the Sky Bet Championship campaign on Saturday, with Sol Bamba’s headed goal earning the points against Queens Park Rangers.

After the match City’s match-winner spoke to the press and media, expressing his delight at netting for the first time this season.

“It's always nice being on the other side of it,” began the City centre-back. “My main job is to stop goals going in, but obviously we didn't manage to do that today. I'm a big fan of clean sheets, but as long as we win the game I'm happy.

“It's very early doors still, but if we keep winning games we can start looking up the table. All we can do is win games and see where it takes us. We've got a good side, we're winning games and hopefully that will continue.

"We've definitely got a good squad altogether, the starting eleven and even those on the bench. We've got a good chance, but the main thing is the mentality of the squad. The people coming in need to give a good shift for the squad, and that's what we want.”

As one of Neil Warnock’s first signings for the club, Sol was full of praise for the Bluebirds boss, describing him as a calming influence.

“He's like a father figure to be honest. We have a very good relationship, we understand each other and he gives me a lot of confidence to go out on the pitch and express myself, which I try to do.

"He has a very young mind. He's great with the lads and jokes around a lot, but at the same time he's also straight forward. Every footballer appreciates that, he tells you how it is but also praises you which is what we like.”

Sol’s match winning goal rounded off an important week for him on a personal level, having committed his future to the Club with a three-year deal. The defender concluded by illustrating his excitement for the future in the Welsh capital.

“The manager has been great for me personally, but so has everything in the club like my teammates and the fans. I'm really enjoying my time here, and hopefully that will continue for the next few years.”