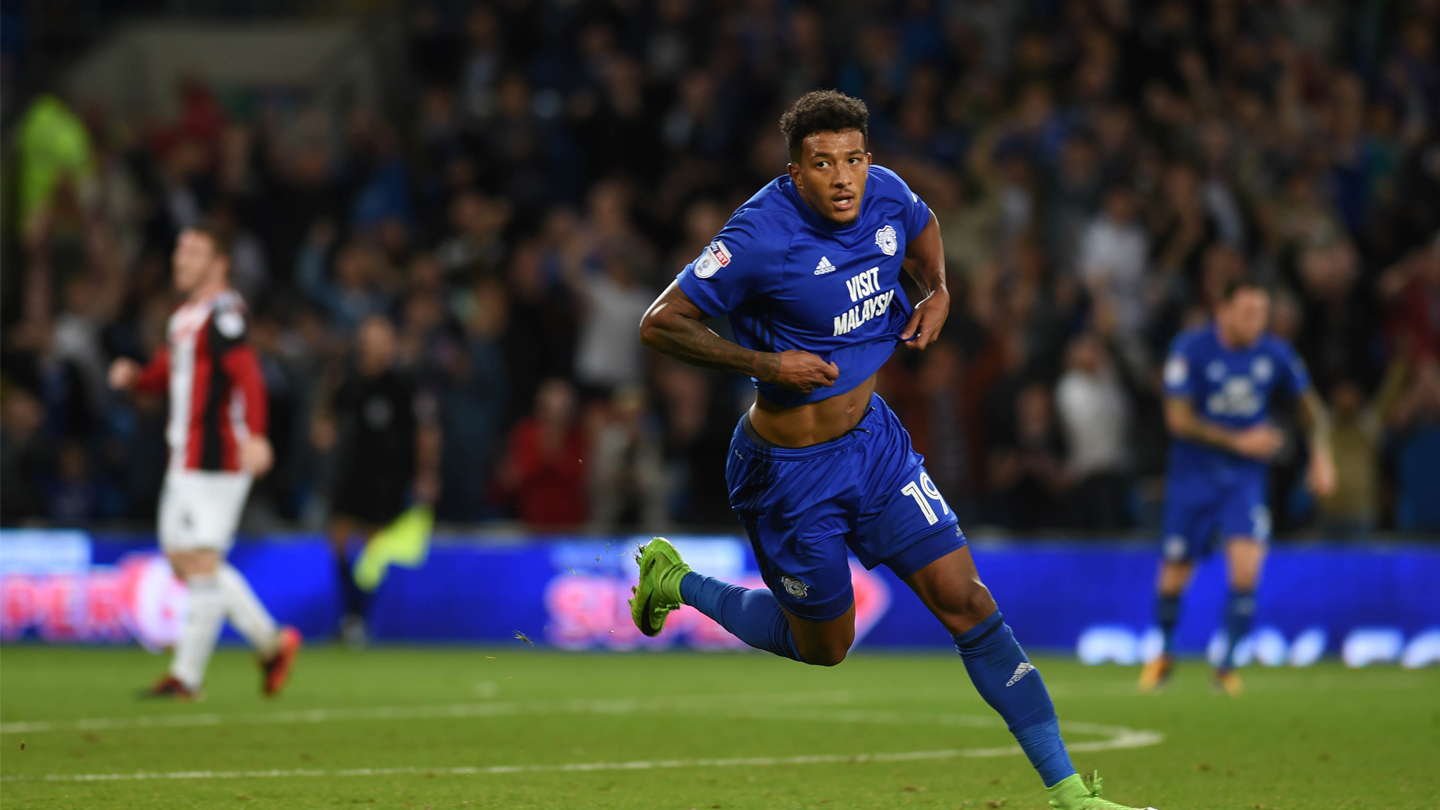 Cardiff City continued their perfect start to the 2017/18 season with a comfortable 2-0 victory over Sheffield United.

Skipper Sean Morrison headed the Bluebirds in front at Cardiff City Stadium on the stroke of half-time, before the in-form Nathaniel Mendez-Laing added a superb second after the interval.

The Blades got the game underway but it was the Bluebirds who created the first chance of the game when Morrison almost linked up with Bruno Ecuele Manga from a corner in the second minute.

City continued to pressure the United defence with in-form Mendez-Laing causing problems on the right. In the eleventh minute, Lee Tomlin showed great skill to dribble the ball into the box, but his low shot went inches wide of Jamal Blackman’s goal.

United then went on to enjoy a spell of possession before a Cardiff counter attack saw Canadian international Junior Hoilett have a fine curling effort tipped over by Blackman.

The game became increasingly lively with Jazz Richards trying his luck from thirty yards only to see his audacious effort crash against the crossbar. Billy Sharp also had an effort go narrowly wide for the visitors.

Just after the half-hour mark, Tomlin saw a first-time effort miss the target before Zohore was set free by Hoilett only to see his shot roll just wide of goal.

However, just before half-time Mendez-Laing produced an excellent run on the right to eventually win a corner for City. Midfielder Joe Ralls delivered a high, swerving ball which was headed in emphatically by skipper Morrison.

The Blades, however, missed a glorious chance to draw level when Sharp volleyed inches wide in first-half added time.

Just ten minutes after half-time, Mendez-Laing made it 2-0 to the hosts. The winger's wonderful individual skill saw him beat his marker, before curling superbly into the far right corner.

Shortly after, Coutts forced a fine save from Etheridge when the midfielder had a swerving effort from the right of City’s goal.

Around the hour mark City had chances to extend their lead with Zohore and Morrison going close. Cardiff’s number ten had a free-kick saved superbly by Blackman after 62 minutes.

Despite the Bluebirds being on the front foot they had to stay focussed at the back as Sol Bamba reacted immensely to deny United three times.

In the closing stages, Wilder’s men pushed for a goal but were denied several chances as the Bluebirds backline stood strong in the face of its opposition.

In added time, Evans and Fleck produced two fine attempts that were saved brilliantly by Etheridge.

However, Lee Mason then blew the full-time whistle, with the Bluebirds keeping their third successive clean sheet. As a result, Neil Warnock's men continued their 100% start to the season and sit at the summit of the Sky Bet Championship table.