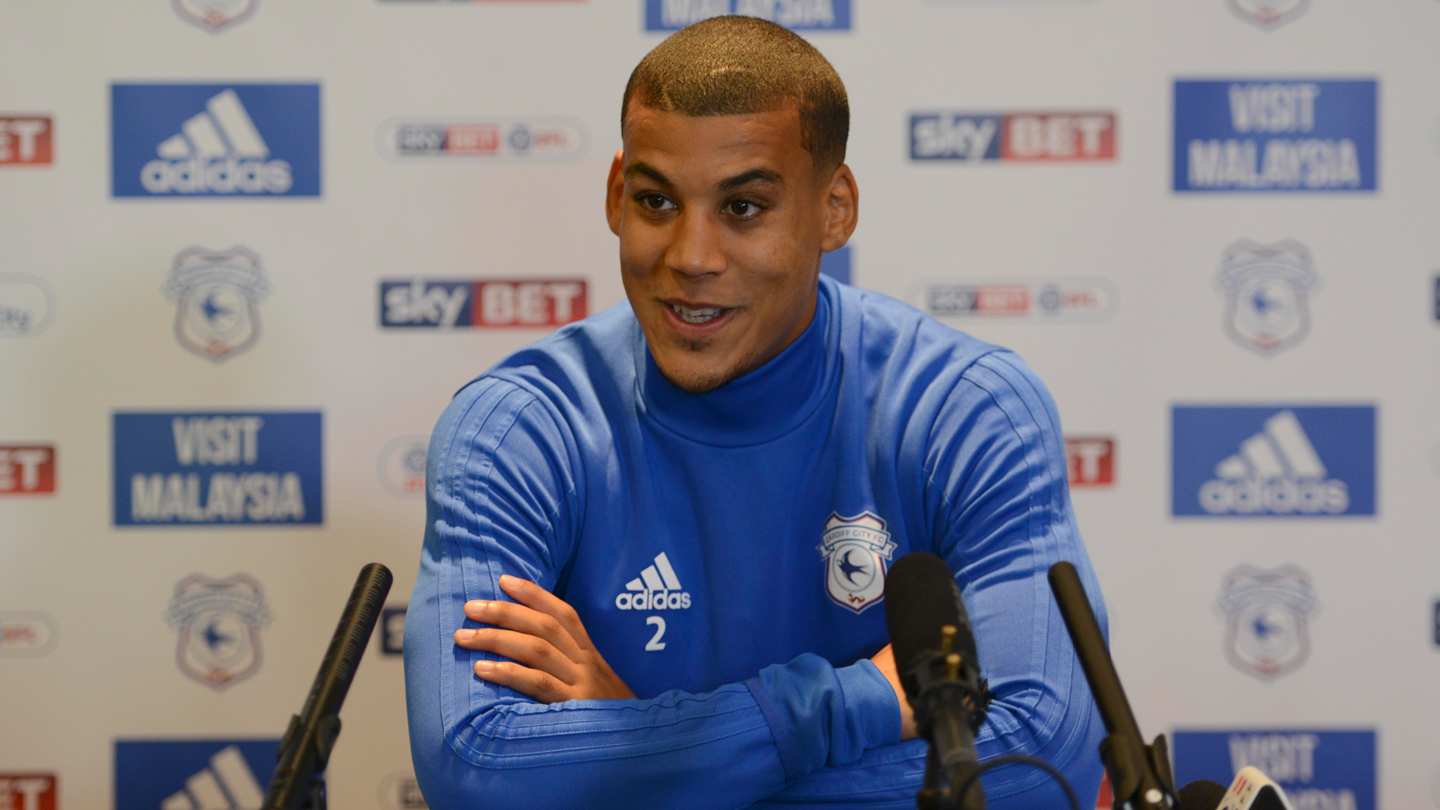 Peltier | "Everyone's putting a shift in!"

City full-back Lee Peltier was in positive spirits at the Bluebirds' training base on Friday morning as he explained how he's thoroughly enjoyed City's superb start to the 2017/18 season.

An experienced player at this level, Lee spoke to the press and media ahead of our clash with QPR, focussing on the importance of having a strong team spirit throughout the campaign.

“It’s a massive thing for a successful dressing room to have," Pelts began. "It can take you a long way. We’ve got a good squad with good team spirit. Everyone’s been putting a shift in, and that includes the lads that haven’t been in the squad, and the subs as well.

“The new boys that have come in have added that little bit more. We’ve got a great dressing room and ability on the pitch. It feels like we’ve got something going here, so hopefully we can continue the good form. As a team we’ve been playing really well, and long may it continue. It’s obviously nice to be up there, but it’s still early days. We’ve just got to take each game at a time. We’re doing well at the minute, and I hope we can maintain it.”

The Bluebirds have won all of their opening four league fixtures, and Peltier spoke excitedly ahead of Saturday’s clash with the Rs.

“This is the most important game so far," he continued. "Especially with the international break coming up. It’s going to be massive for us to try and get three points. They have started off quite well too, so it should be a good game. I don’t think I’ve ever started with five wins in a row! We’ve had a great start, and we look a lot fitter and stronger with the pre-season we had. I’m looking forward to the rest of the season.

“The front three look a real threat at the minute. I know Mendez-Laing did quite well last season but he’s really made the step up into a very good league against some very good players. He’s got his head down and put the work in over pre-season, and it’s benefitted him well. I think we’ve got goals on the pitch, they’re coming from everywhere at the minute, as you've seen from the likes of Joe Ralls and Sean Morrison too.”

Pelts concluded by commenting on the news that his defensive teammate Sol Bamba has committed his future to the Bluebirds with a three-year deal.

“It’s great news," he added. "You can see what Sol’s done since he’s come in. He’s a leader and a great lad to have about the place. I’ve known Sol for many years now and he’s still the same, always with a smile on his face. We’re delighted that he’s committed his future to the Club.”