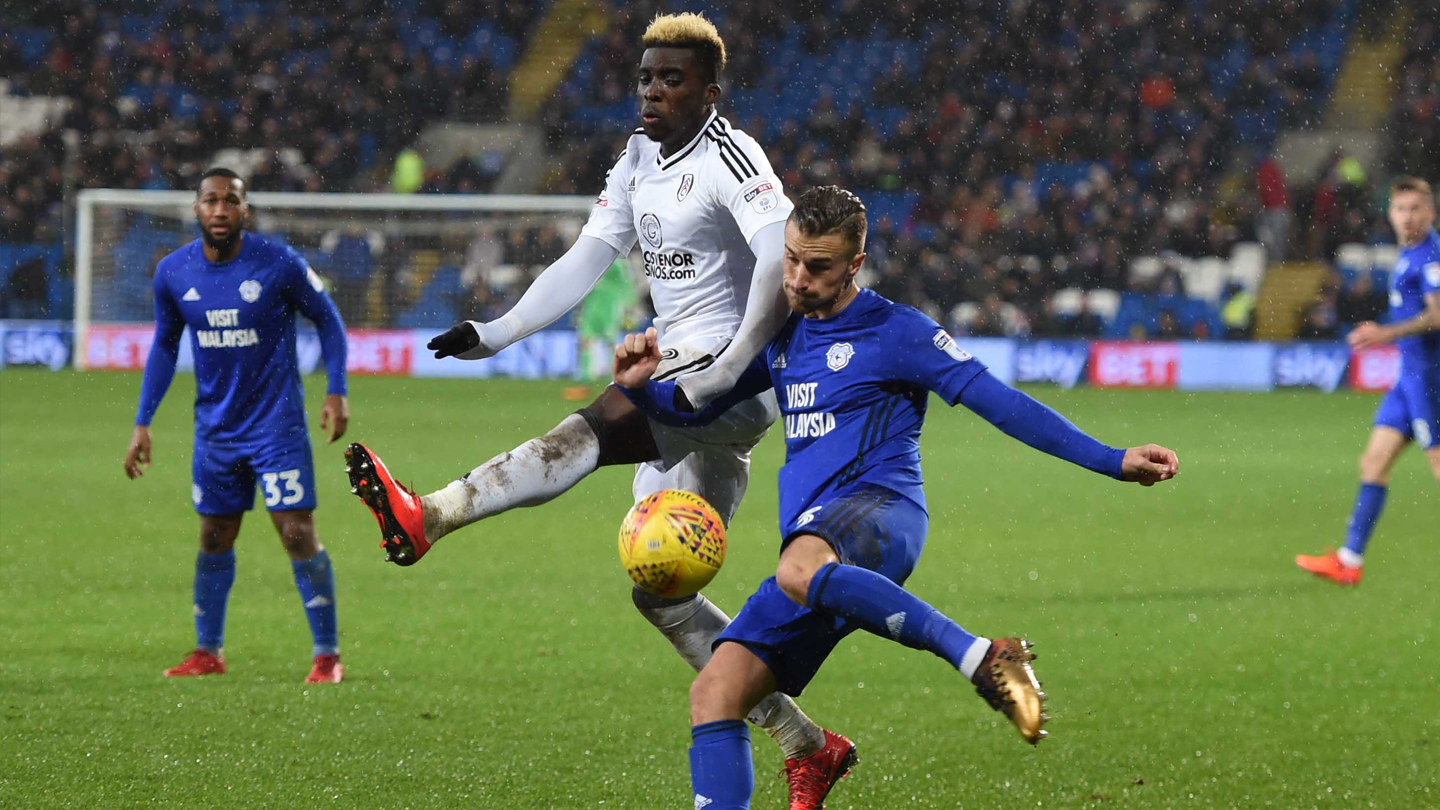 Match report for Cardiff City vs Fulham on 26 Dec 17

Neil Warnock made two changes for the fixture. Zohore made his first start following an injury lay-off, while Craig Bryson also returned to the starting eleven.

The away side took the lead after 12 minutes. A corner from the left-hand side caused problems in the City defence, and Floyd Ayite’s dinked cross was flicked on by Stefan Johansen and into the path of Tim Ream, who headed into an empty net from five yards.

The Bluebirds reacted positively after going behind and carved out some chances of their own. Successive corners eventually saw the ball drop to Joe Ralls on the edge of the box, but his curling effort was held by Bettinelli.

Just after the half-hour mark City had another chance to get back into the game. Nathaniel Mendez-Laing was fouled on the edge of the Fulham area, with Floyd Ayité booked as a result, but the free-kick came to nothing.

Five minutes before half-time Zohore almost headed the Bluebirds level. Following good work down the right from Peltier and Mendez-Laing, the latter’s cross was met by Zohore, with Bettinelli managing to tip his goal-bound effort around the post.

The Bluebirds again came close 10 minutes after the interval. A lovely weighted through ball from Bryson to Zohore saw the Dane fire at goal from a narrow angle. But it was the visitors that doubled their lead a few minutes later - Floyd Ayite tapping in a low cross from the left-hand side.

However, Zohore got the Bluebirds back into the game with a wonder strike just a minute later. Good hold up play from Junior Hoilett saw the Canadian play a bouncing ball to Zohore, who struck a magnificent effort into the top corner on the half-volley.

City had their tails up and were almost level on 66 minutes. First, Ralls’ free-kick was almost headed in by a Fulham defender, before Sol Bamba’s effort from the resulting corner was again saved by Bettinelli.

However, it was the away side that got the decisive goal, through Ryan Sessegnon. The 17 year-old nipped in ahead of Ralls and placed his effort past the onrushing Etheridge to make it 3-1.

City battled until the final whistle, with Callum Paterson nodding home a late consolation from a Lee Peltier cross, but the Bluebirds couldn’t contain the Cottagers and Stefan Johansen netted a fourth in stoppage time to see Fulham return to West London with the three points.