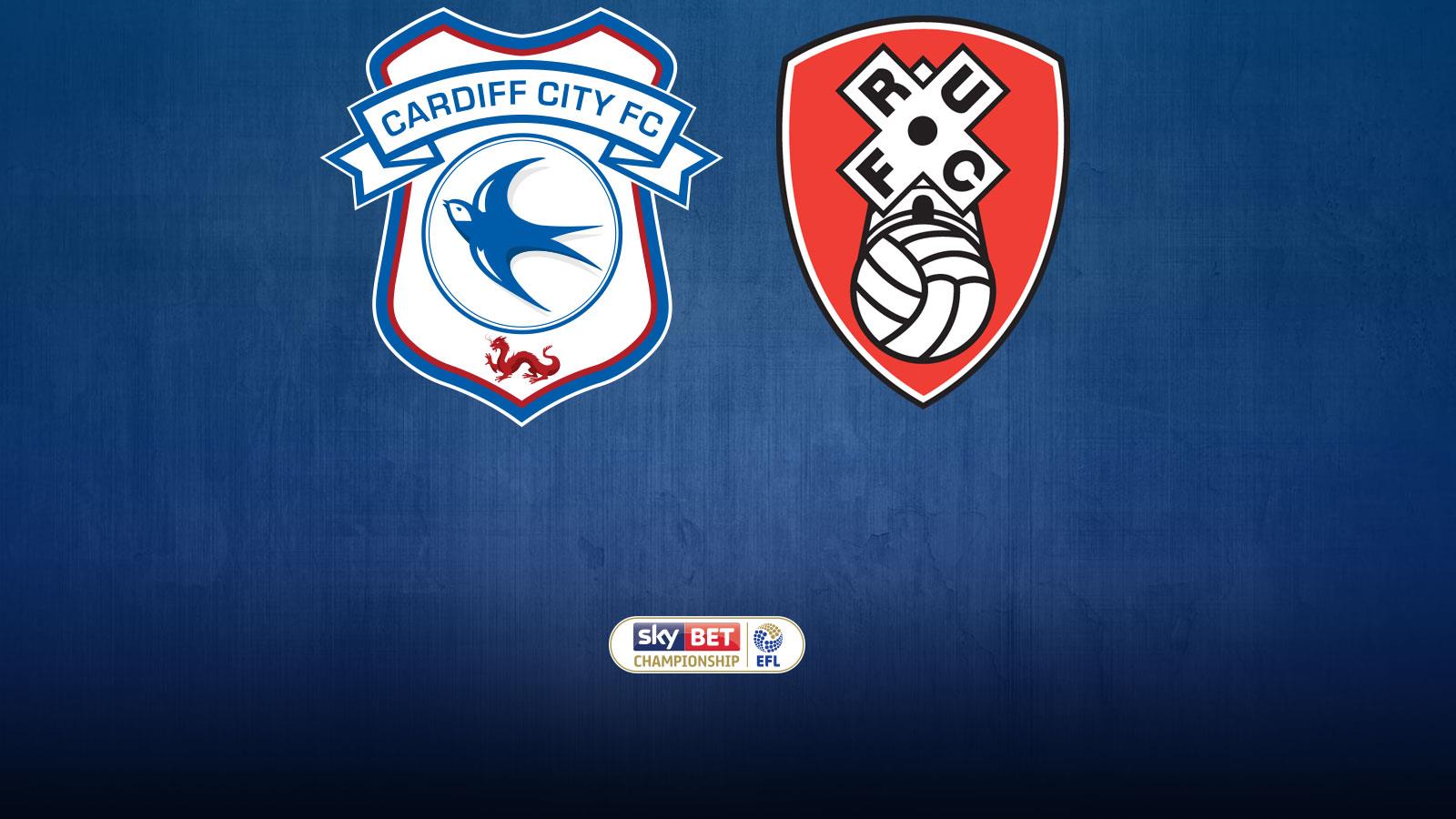 Can Neil Warnock’s men make it a third successive league win, as they welcome the Millers to South Wales?

Rotherham, managed by Paul Warne, arrive in South Wales without a win in their last six Sky Bet Championship matches.

In mid-January, they did pull off an impressive 2-1 home victory over Norwich City. However, they were unable to turn that result into any positive momentum.

Indeed, their solitary point earned from the six games since came against fellow strugglers Blackburn Rovers.

Last time out, the Millers took the lead twice against high-flying Huddersfield Town, with City loanees Semi Ajayi and Tom Adeyemi both netting. However, they ultimately lost 3-2, thanks to a last gasp Tommy Smith winner.

Rotherham’s main scoring threat on Saturday will undoubtedly be Danny Ward. The striker has found the back of the net on nine occasions in the league this season – five more times than any other Millers player.

As mentioned above, City duo Tom Adeyemi and Semi Ajayi are currently on loan at the AESSEAL New York Stadium. However, both players will be ineligible to appear at Cardiff City Stadium on Saturday.

Bluebirds manager Neil Warnock took over the Millers for the final sixteen matches of the 2015/16 Championship season. Warnock, who was appointed with the Millers in the relegation zone, masterminded a spectacular eleven game unbeaten run to eventually secure comfortable Championship survival.

Neil arrived at Cardiff City Stadium in October 2016 and in January 2017 secured the signing of Greg Halford, also a former Miller. Greg has had a strong impact so far in South Wales, starting in the impressive back-to-back wins over Leeds and Derby.

Other players to have represented both the Bluebirds and the Millers include Adam Le Fondre, Leo Fortune-West, Alan Lee and Alex Revell.

The Bluebirds produced a magnificent come-back against the Millers at Ninian Park on 10th January 2004.

United were out of the traps quickly and raced into a two-goal lead thanks to strikes from Stewart Talbot and John Mullin.

City refused to let their heads drop; however, and battled their way back into the contest. Striker Peter Thorne soon halved the deficit with an excellent header. Thorne then turned provider for Graham Kavanagh, finding him with a well-timed flick, and the skipper finished accurately to make it 2-2.

The Bluebirds completed the turnaround just before half time, when Thorne’s strike partner, Robert Earnshaw, raced through and rounded Mike Pollitt in the United goal, before stroking the ball into the empty net.

Rotherham pushed for an equaliser in the second half but City defended comfortably to secure a hard-fought three points.

LISTEN: Supporters can listen in live on Cardiff City Player HD* for all the action from City vs Rotherham.