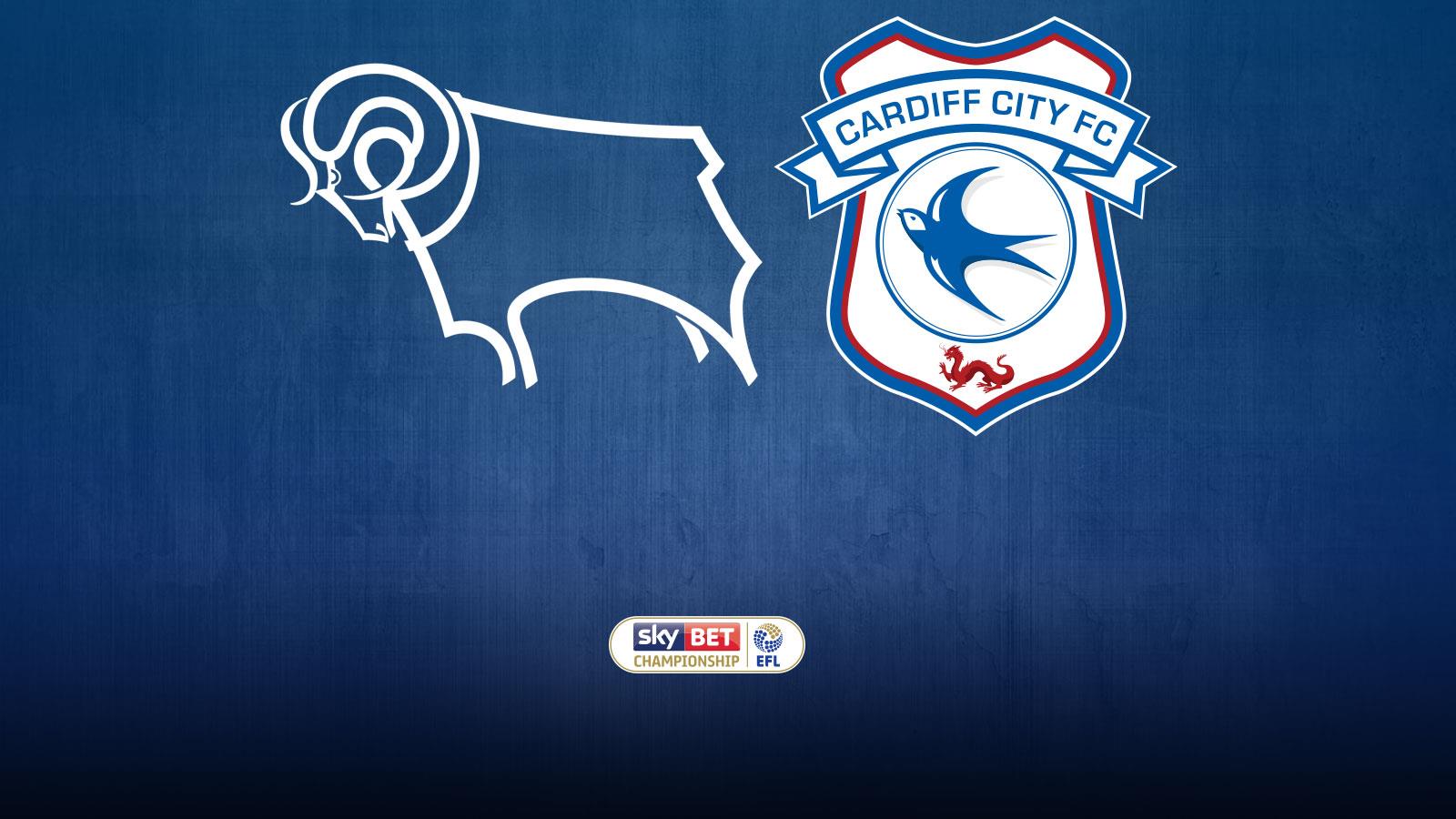 Having secured three away points with a superb performance at Elland Road, Cardiff City are on the road once again this Tuesday evening, taking on Derby County at Pride Park.

Last time out, the Rams were involved in a thrilling contest with Bristol City. The Robins were three goals to the good before half time with a strike from Matty Taylor and a brace from Tammy Abraham doing the damage. However, Derby staged an incredible second-half comeback as a Darren Bent double and a Tom Ince header managed to earn them an unlikely point.

Steve McClaren strengthened his side in January by bringing in experienced striker David Nugent and defensive midfielder Julien De Sart from Middlesbrough. The Rams also secured the services of young Scottish midfielder Kyle McAllister on a permanent deal from St Mirren.

A twenty-one year old Peter Whittingham spent three months on loan at Derby from Aston Villa in 2005/06 - the season before he began his decade with the Bluebirds. Whitts lined up for the Rams on a total of eleven occasions.

Scotland striker, Kenny Miller, played for Derby in their 2007/08 Premier League campaign before leaving for his second spell with Rangers. Kenny arrived at Cardiff City Stadium ahead of the 2011/12 season and scored the winner in the League Cup Quarter Final on the Bluebirds’ historic run to the 2012 final.

Robert Earnshaw scored an incredible eighty-six League goals in one hundred and forty-six games for Cardiff before departing for West Bromwich Albion. The prolific striker went on to sign for Derby in the same year as Miller, following a spell with Norwich City, in 2007.

Other players to have represented both the Bluebirds and the Rams include Chris Riggott, Kevin Cooper, John Brayford and Lee Naylor.

The Bluebirds’ faithful will have fond memories of the trip to Derby on 2nd November 2011 when City recorded a resounding 3-0 win over the Rams.

Midfielder Filip Kiss put the visitors in front on twenty minutes when he turned home a Ben Turner delivery to score his first goal for the club. City made it 2-0 just after the hour mark when Peter Whittingham swung in a trademark corner and, after Kenny Miller headed goalwards, Derby’s Kevin Kilbane could only turn into his own net.

Whitts then got in on the scoring act with seventeen minutes of normal time remaining. Kiss found City's no.7, who raced clean through on goal, before making no mistake when one-on-one with the 'keeper, confidently firing home for 3-0.

LISTEN: Supporters can listen in live on Cardiff City Player HD* for all the action from Derby vs City.