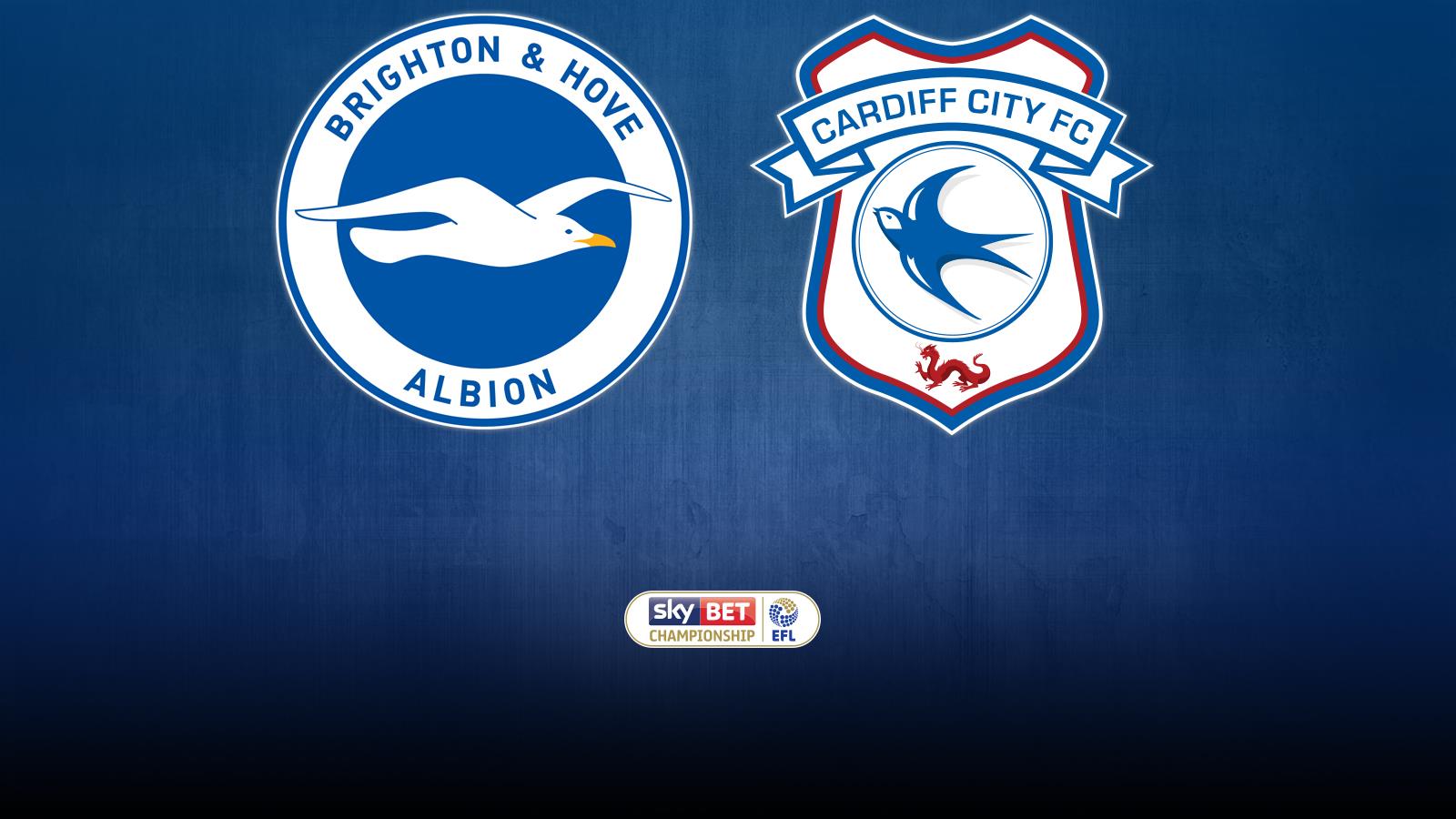 Cardiff City head to Sussex to take on Brighton & Hove Albion on Tuesday, in a rearranged Sky Bet Championship fixture.

The Bluebirds head into the match in fantastic form, having won their last three league games in a row.

Since the Bluebirds’ 0-0 draw with the Seagulls at the start of September, Brighton have gone on to win six out of their last seven Championship games. Their only slip-up came when they went down 2-0 to Preston North End at Deepdale on 14th January, with Paul Huntington and Callum Robinson getting the goals.

Last time out, the Seagulls ran out 2-1 winners over Sheffield Wednesday, with former Leicester City winger Anthony Knockaert on the score-sheet twice. The match also saw Glenn Murray sent off for the Seagulls and both Steven Fletcher and Sam Hutchinson dismissed for the Owls.

As a result, Murray, who is Brighton’s top scorer with fifteen league goals, will sit out of Tuesday evening's clash at the Amex.

City players Craig Noone and Joe Bennett have both had spells with the Seagulls earlier in their careers. Noone joined Brighton midway through the 2010/2011 Championship season and his impressive performances convinced the Bluebirds to sign him on a permanent deal at the start of their 2012/13 title winning campaign.

Bennett, meanwhile, spent a year on loan at the Amex duing the 2014/15 season, making over forty appearances for the Seagulls.

Tuesday’s game will also see the Bluebirds go up against former Head Coach, Paul Trollope, who was named as Chris Hughton’s assistant in November 2016.

Other players to have represented both clubs include Craig Conway, Charlie Oatway and John Robinson.

The Bluebirds welcomed Brighton to Ninian Park on 12th February 2005, looking to continue their push up the Championship table.

City came out fighting early on and won a penalty in the sixteenth minute, when Richard Langley was fouled by Kerry Mayo in the box, after Alan Lee had struck the post. Peter Thorne then blasted the spot kick down the middle to give his side the lead.

City defended excellently for the remainder of the game, with ‘keeper, Neil Alexander called upon to make one great save from Brighton’s Leon Knight on their way to a 2-0 victory.

LISTEN: Supporters can listen in live on Cardiff City Player HD* for all the action from the Seagulls vs City.