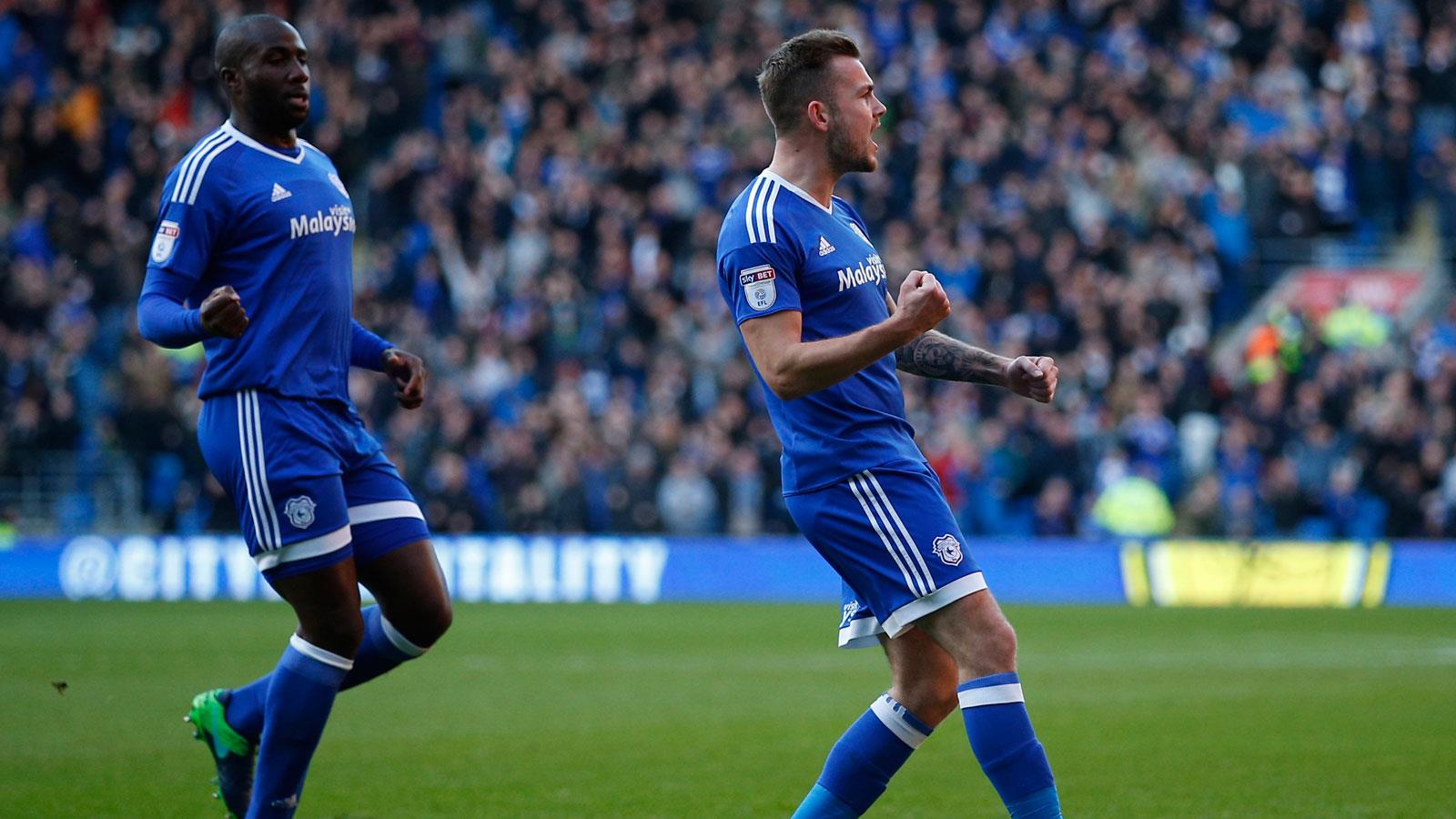 “It would be lovely to keep it going,” says the City midfielder…

“It was a really enjoyable game actually,” he said about the Bluebirds’ sensational 3-2 win. “In the first half I was thinking: ‘this is a real battle’. The game calmed down in the second half and I thought we deserved to win, to be honest. The way we did it was really good.

“Pilks’ goal has got to be up there – he’s caught it really nice. I was buzzing for him. He got the goal earlier on too and I thought it was a fitting winner.”

Following the derby, the Bluebirds are back in the Welsh capital for this Saturday’s 3pm kick-off.

Joe called for City to back up their successive victories over Aston Villa and Bristol City, eyeing a third league win on the spin this weekend.

“We’re on the back of a couple of good results in the league so it’s been a good start to 2017,” he continued. “It would be lovely to keep it going.

“Burton are going to be fighting for their lives so we know it’s going to be a tough game, but we’re confident and hopefully we can get the three points.

“Everyone is together, pulling in the right direction, which is great for the club. The Gaffer’s hit the ground running with the fans since he joined too, and the boys can feel that on a match-day – it’s brilliant for us.”

Hear more from Joe on the Bluebirds' recent form, his role in midfield and City’s new loanee Allan McGregor below…