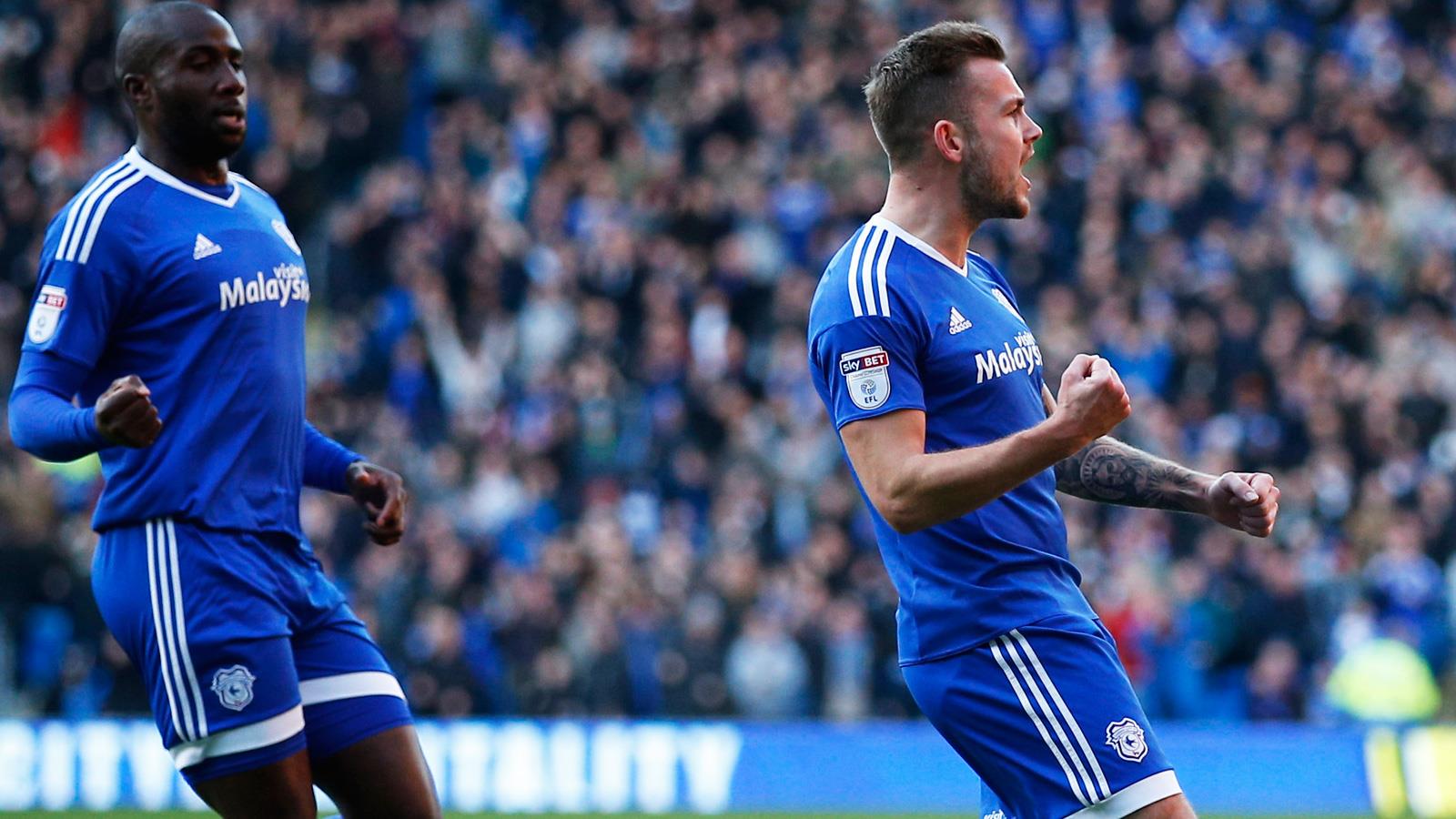 RALLS: "WE DESERVED THE THREE POINTS"

After scoring the winner against Aston Villa, midfielder Joe Ralls spoke to the media at Cardiff City Stadium, expressing his delight at securing the first victory of the New Year.

“The atmosphere was great, and we knew that we needed to get a win.” Joe began. “We haven’t got a league game for a couple of weeks, and with the game getting abandoned a few days ago, it was important that we got the three points. All of the boys are buzzing with it.

“I think all of us felt quite fit and strong. I thought we did well, worked hard and battled hard, and created some good stuff in the first half. I thought we deserved the three points.

“We’ve just got to worry about us, and make sure that we’re picking up points as we go along. We’ve been doing that steadily, and we’ve got a few games coming up that we’ll be trying to get some wins from as well.”

“It just shows that when he has a bit of confidence, which I think he has in abundance at the minute, he looks a really good player. In the last two or three games he has caused nightmares, deserved his goal at Brentford, and I thought he was brilliant again against Villa. He gets us up the pitch, and gives us a release from the back. He’s looking a real threat at the minute.”

Finally, Joe looked ahead to continuing our good form into 2017, with Bristol City up next in the League following an FA Cup fixture against Fulham.

“We’ve got to work hard to pull ourselves up the table. Since the manager has come in we’ve improved a lot, he’s changed different things, and today I think we showed we’re a better side than before. Hopefully we can go on and pick up more points than we have done in the first half of the season.”