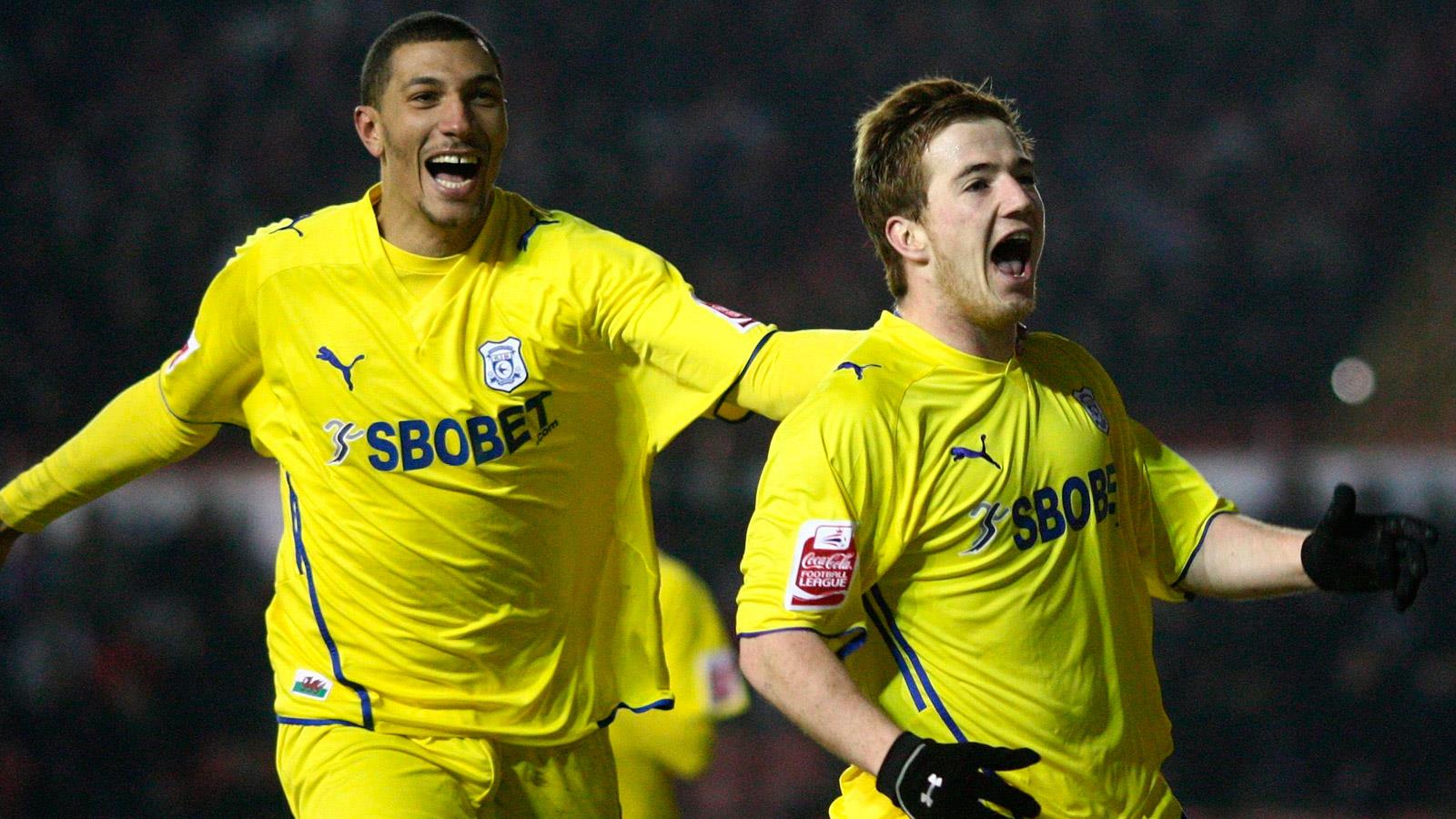 Cardiff City Stadium and Ashton Gate are separated by approximately 44 miles, a river and a pair of bridges. Over the years, the Severnside Derby has developed into an eagerly anticipated clash for fans and players alike, providing some unforgettable memories.

We take a look back at some of the highlights; from its earliest moments right through to the 2016/17 campaign.
The First Meeting

The very first meeting between the two sides took place in the FA Cup First Round on 9th January 1915 at Ashton Gate. The Bluebirds, managed by Fred Stewart, were plying their trade in the Southern League Division One at the time and faced the daunting prospect of playing Bristol City, then a First Division club.

Cardiff put in a gutsy display but the Robins’ quality told and two goals from Edwin Burton saw them exit the competition in a 2-0 defeat. This was the last FA Cup staged before competitive football was suspended in Britain because of the First World War.

Six years and two further games later the Bluebird bit back. On 22nd January 1921 the teams met in a league match; Cardiff had been successful in their application to join the Second Division in time for 1920/21 campaign.

A crowd of 43,000, the largest of the year, crammed into Ninian Park to see the Bluebirds win 1-0, thanks to Alan Bennett’s only goal of the season.
FA Cup Bragging Rights

Three years later, the Bluebirds recorded their first FA Cup victory over Bristol City. The teams met at Ninian Park once more on 23rd February 1924 in the Third Round. Cardiff were far from the plucky underdogs this time and put in a confident performance to record a 3-0 victory.

Jimmy Gill bagged himself a brace and Joe Clennell was also on target in front of a crowd of roughly 50,000 spectators. The victory booked Cardiff’s place in the quarter finals of the competition.
Biggest Ninian Win

Cardiff, under the guidance of Jimmy Scoular, welcomed the Robins to Ninian Park on New Year’s Eve 1966.

While City were having a difficult season up to that point, the signings of forward Bobby Brown and defender Brian Harris helped turn things around and on that derby day the Bluebirds were simply too hot for Bristol to handle with two goals apiece from Ronnie Bird and Brown, as well as an own goal from defender Gordon Low sealing a 5-1 victory.
A Thorne On Our Side

The Bluebirds finished sixth in the 2002/03 Division Two season which set up a Play Off Semi Final date with their West Country rivals.

Cardiff won the first leg 1-0 at a rocking Ninian Park on 10th May 2003, thanks to a header from Peter Thorne in the second half. The Bluebirds defended their slender advantage heroically in the return leg on 13th May. Some fine saves from ‘keeper Neil Alexander helped his side to a 0-0 draw which was enough to progress to the Play Off Final.

The Bluebirds faithful will always remember the final in Cardiff as Andy Campbell’s famous strike propelled them into the First Division.

Cardiff City arrived at Ashton Gate on 26th January 2010 looking to cement their place in the Championship Play-Off places. They certainly put in a performance worthy of serious promotion contenders as they ran out 6-0 winners.

Peter Whittingham struck the first of the afternoon and within five minutes they were three goals to the good, thanks to composed finishes from Michael Chopra and Ross McCormack. A Liam Fontaine own goal just before half-time then gave the Bluebirds a commanding 4-0 lead at the interval.

Both Chopra and McCormack doubled their tallies before the hour mark to finish the rout and seal their biggest ever win over their Severnside rivals.
Most Recent Meeting

The Robins arrived in South Wales on 14th October 2016 for a Friday night clash that was manager Neil Warnock’s first game in charge of the Bluebirds.

The Bluebirds got themselves in front in the first half when Peter Whittingham converted a penalty won by Craig Noone. Sol Bamba, who had only joined Cardiff days before the match, then scored from close range to give his new side a two goal advantage.

Lee Tomlin reduced the deficit for the visitors soon after but the home side deservedly saw the game out to get their new manager’s reign off to the best possible start.