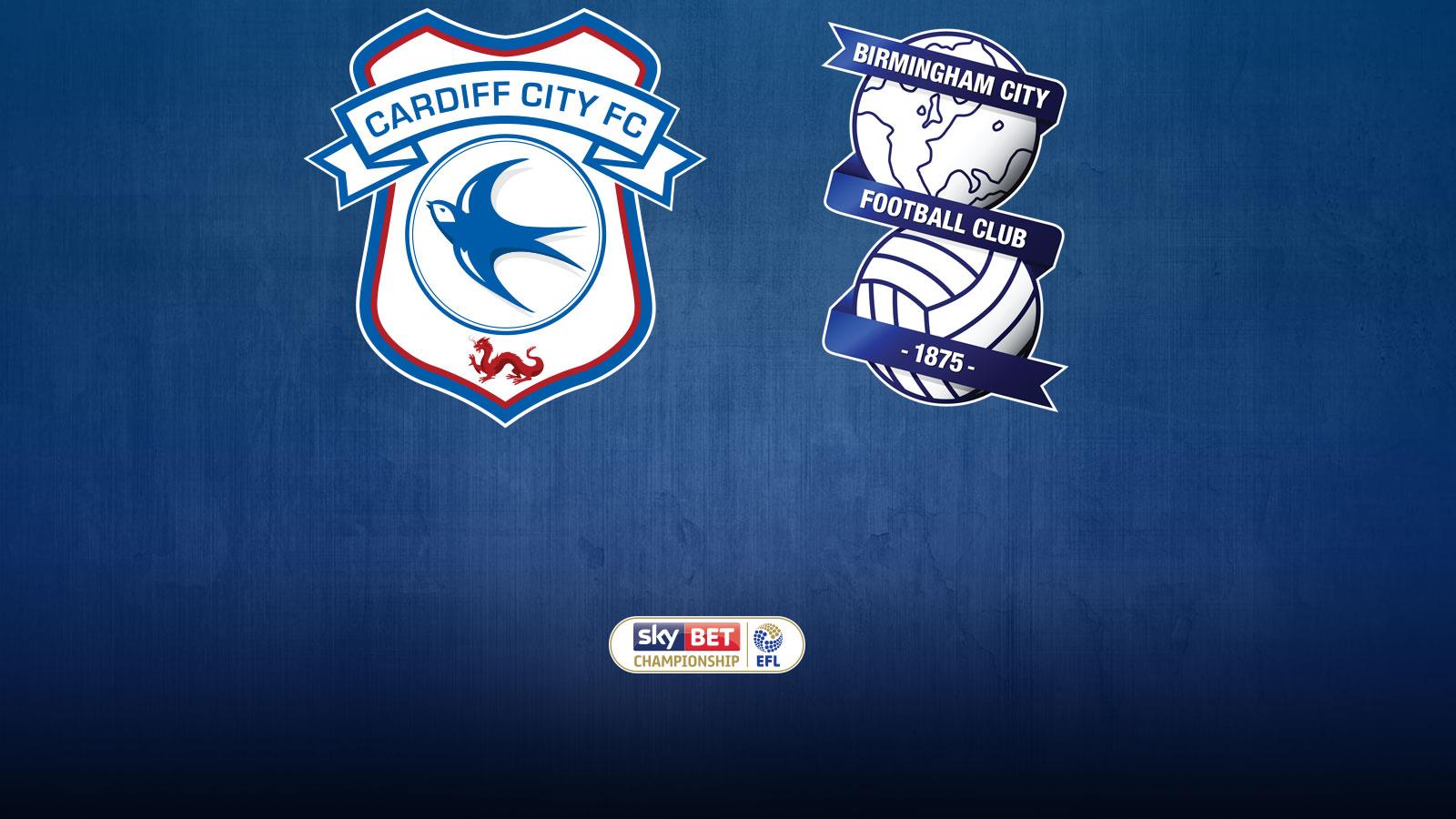 After two matches on the road, the Bluebirds return to Cardiff City Stadium on Saturday to face Gianfranco Zola’s Birmingham.

All current Season Ticket Holders are entitled to bring a maximum of four guests to this fixture for only £5* per adult, junior, 16-21 or senior guest* - FIND OUT MORE!

The Blues head to South Wales in seventeenth place, amidst a worrying run of form. Tuesday’s 1-0 defeat to Wigan Athletic marked Birmingham’s fifth defeat in six games, with their only points from the last month coming in the West Midlands derby win against Wolverhampton Wanderers.

Birmingham’s early season form has saved them from slipping into a relegation fight, as the club had made an impressive start to the campaign. Under the guidance of Gary Rowett, the Blues lost only two games from August until December, occupying a play-off spot for most of that time.

Lukas Jutkiewicz has been Birmingham’s main threat this term, with ten Championship goals to date. The striker had initially joined on a loan basis, but made the move permanent in January. Leading the way in terms of assists are defender Jonathan Grounds and striker Che Adams, who both have three each in the league.

The Bluebirds boosted their promotion chances in 2012 by purchasing Blues midfielder Jordon Mutch, who went on to play a major part in our title winning campaign. In our Premier League season, Mutch was a key player in the Cardiff side scoring seven goals – including that wondrous winner at Craven Cottage.

A number of City defenders from our final years at Ninian Park also represented Birmingham during their careers, with Tony Capaldi beginning his footballing journey at St. Andrews, before joining us in 2007. Former Cardiff captain Darren Purse turned out for the Blues in the Premier League, as did Roger Johnson after leaving the Bluebirds in 2009.

On October 2nd 2012, goals from Craig Bellamy and Mark Hudson secured an important three points for the Bluebirds at a soaked Cardiff City Stadium.

In search of a fifth straight home win, Bellamy opened the scoring after thirty eight minutes. Peter Whittingham’s pass was met by Mark Hudson, who slid into the box to lay the ball off to his unmarked teammate Bellamy, who slotted home with ease.

The Blues equalized in the second half through Leroy Lita. From a Birmingham free kick, the poacher found himself free in the box to poke the ball into the back of the net.

However, the Bluebirds soared to the top of the table thanks to Hudson’s winner, created from a Whittingham corner. Hudson’s initial header rose high into the air, before the ball dropped invitingly for the defender to stab it home, maintaining City’s perfect home record.

LISTEN: Supporters can listen in live on Cardiff City Player HD* for all the action from City vs Birmingham.