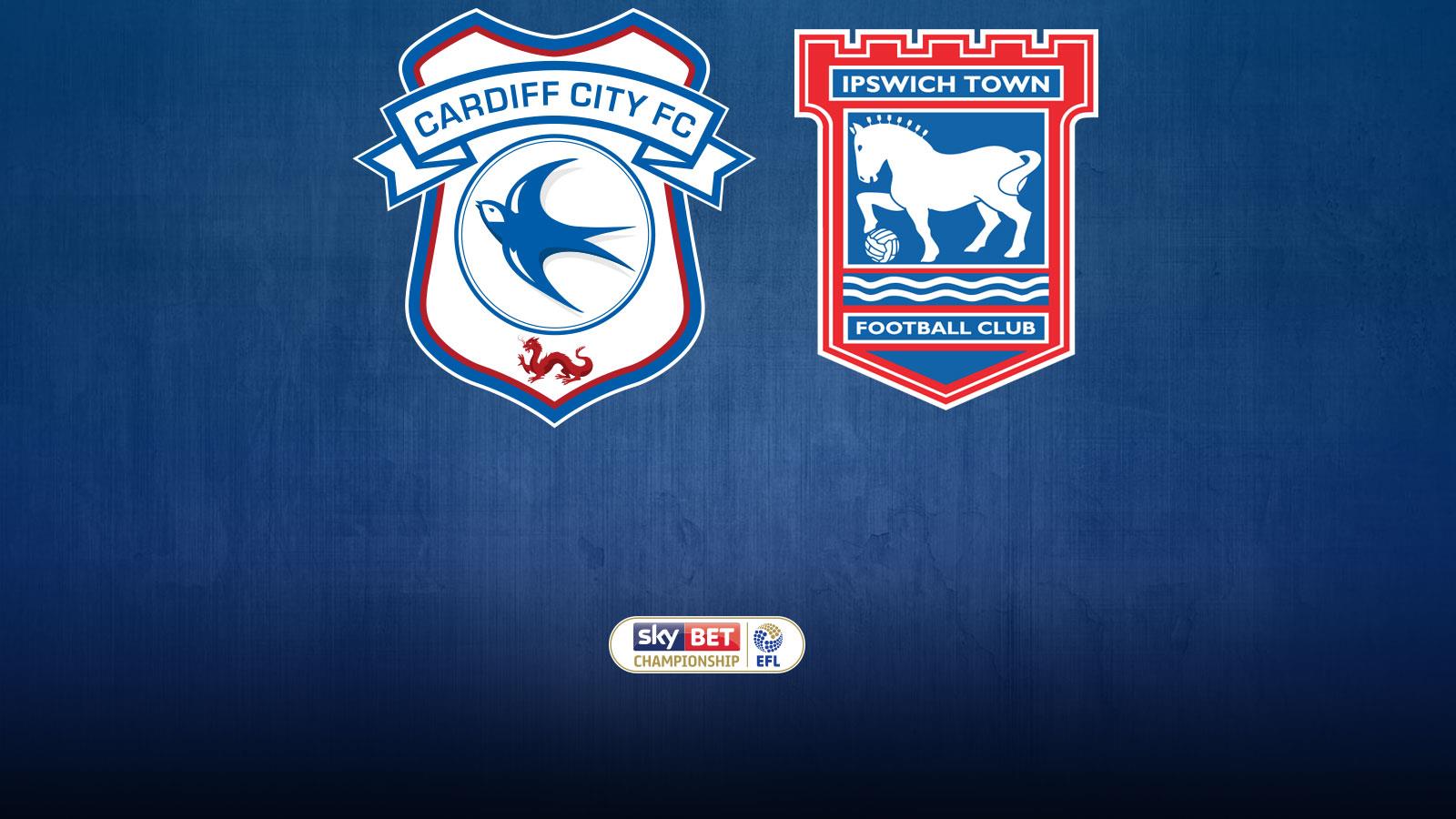 Ipswich Town arrive in the Welsh capital having drawn their last six games and currently occupy sixteenth place in the Championship table.

Mick McCarthy’s men recorded a good 1-0 away win over Aston Villa midway through February, but since then they have drawn with the likes of Brighton & Hove Albion, Leeds United and Brentford.

Last time out, the Tractor Boys drew 1-1 with Barnsley at Oakwell. Midfielder Marley Watkins had put the Tykes in front in the second half, but a last gasp equaliser from former Bluebird Tom Lawrence earned his side a point.

Ipswich were active in the January transfer window in an effort to bolster their squad. Along with City's Emyr Huws, the Tractor Boys also brought Toumani Diagouraga and Dominic Samuel in on loan. McCarthy made four permanent signings in the window, with Jordan Spence, Kieffer Moore, Danny Rowe and Steven Taylor all arriving at Portman Road.

Tom Lawrence joined the Bluebirds on loan from Leicester City in January 2016, making fourteen appearances for the Bluebirds before heading back to the Premier League champions. He joined the Tractor Boys at the beginning of the current campaign and has netted eleven times in all competitions for Mick McCarthy’s men.

Emyr Huws arrived at Cardiff City Stadium from Wigan Athletic in summer 2016. He secured a temporary switch to Ipswich this January and started brightly for the Tractor Boys, scoring in his second game for the club against Aston Villa in early February. Under the terms of his loan, Emyr is ineligible for selection in Saturday’s game.

Other players to have represented both the Bluebirds and the Tractor Boys include Michael Chopra, Mark Kennedy, Alan Lee, Neil Alexander and Gary Croft.

The Bluebirds hosted Ipswich at Ninian Park on 24th November 2007 in a Championship game where winger Paul Parry would make telling contributions at both ends of the pitch.

Both teams were evenly matched for the opening half hour until Parry controlled the ball well before firing a powerful effort past former City ‘keeper Neil Alexander into the back of the net. Another former Bluebird, Alan Lee, had earlier hit the bar for Ipswich but City went in 1-0 up at the break.

Ipswich had to wait the majority of the second half for their best chance to equalise. The Tractor Boys were pressing high up the pitch and that gave Tommy Miller the chance to strike a shot that seemed destined to find the goal, however Parry was on hand to clear the effort off the line.

The Bluebirds saw out the remaining minutes to earn a hard fought three points.

LISTEN: Supporters can listen in live on Cardiff City Player HD* for all the action from City vs Ipswich Town.