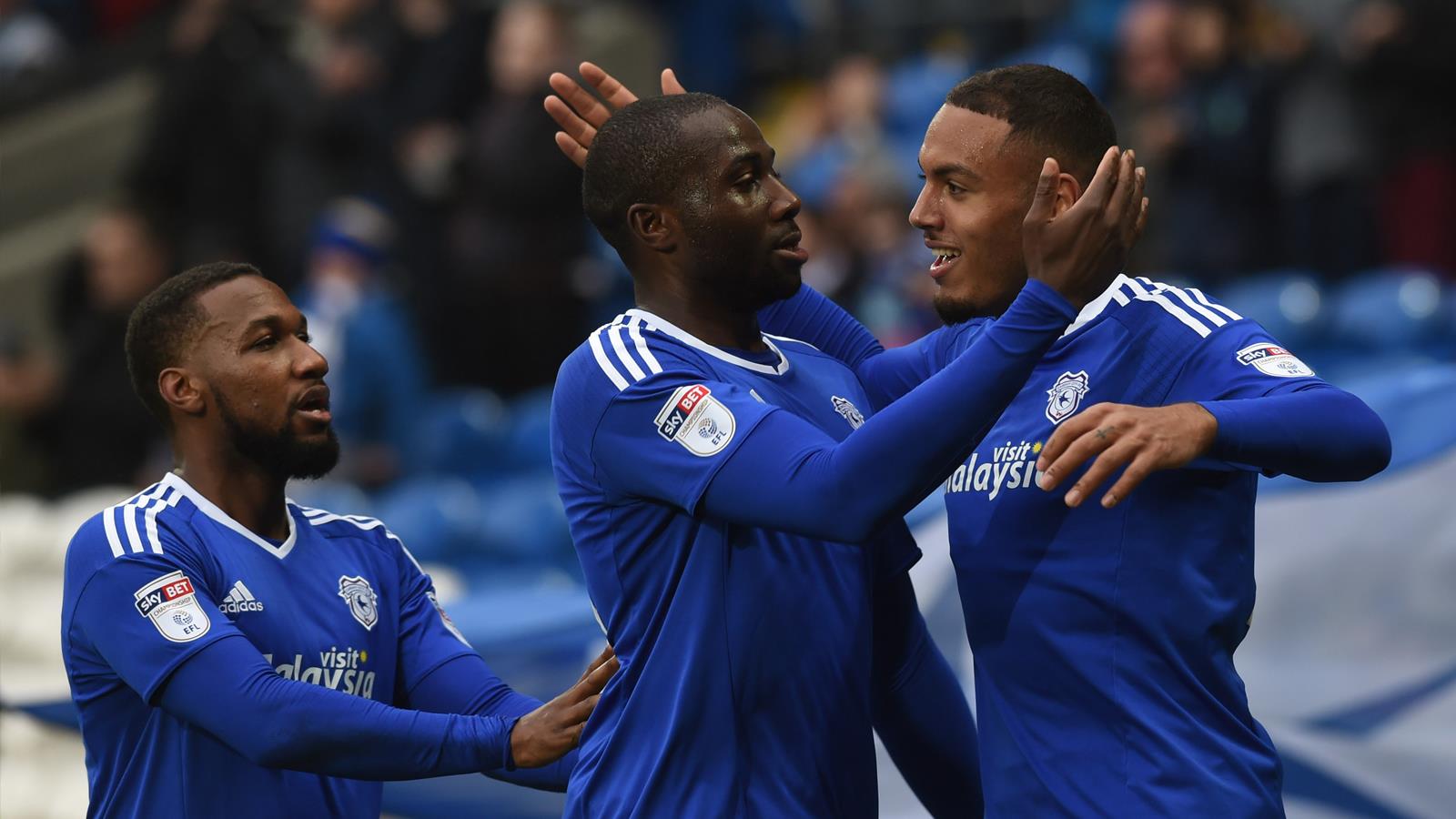 Kenneth Zohore's brace saw the Bluebirds come from behind against Ipswich Town, before Joe Bennett's goal added the icing on the cake, securing a 3-1 win at CCS.

The Bluebirds dominated the early stages, and had a number of good opportunities to take the lead. After three minutes, a Peter Whittingham free-kick from the left hand side went a whisker wide of the far post. Minutes later, the in-form Zohore fired over the bar, after collecting the ball and turning sharply.

The visitors came close from a breakaway counter-attack, with Tom Lawrence finding David McGoldrick. The striker’s shot from eight yards out was smartly saved by Allan McGregor, keeping the game goalless. However, Ipswich did take the lead after twenty-three minutes, through captain Luke Chambers. A free-kick was whipped into the box from the right, with the defender’s header finding the bottom corner.

City surged forward hoping to find an immediate response, with a Bennett free-kick forcing Bartosz Białkowski to punch the ball behind for a corner. The Bluebirds got their equaliser after thirty-six minutes, with striker Zohore on target. A Jazz Richards cross was met by Sean Morrison, whose knock-down header was volleyed home by the Dane.

City went in search of a second before the half-time whistle, with Junior Hoilett striking the woodwork. The winger collected the ball inside the box and dribbled around his defensive opponent before smashing a fierce effort against the post, with the teams going into the break on level terms.

However, the Bluebirds took the lead five minutes into the second half, with Zohore netting his tenth of the season. He nipped in front of his marker to head the ball in the direction of Hoilett, whose delightful back-heel flick fell straight into Zohore’s path. A cool finish from the striker marked his third home brace in four matches, putting City ahead.

The Tractor Boys looked to hit back through McGoldrick, whose looping shot from inside the box was gratefully claimed by McGregor. The home side went straight up the other end and almost doubled the advantage through Hoilett, though his shot skidded just wide of the upright.

The three points were secured on the sixty-three minute mark, as Bennett netted his first goal for the Club. An excellent run from Kadeem Harris saw the winger burst into the box, attracting two Ipswich defenders. He laid the ball off to Bennett, who applied an accurate finish into the top right hand corner of Białkowski’s net.

The last half an hour was confidently and calmly seen out by Neil Warnock’s men, with some brave defending from the back four maintaining the two goal lead. With five minutes remaining, Hoilett had a final chance to extend the lead, having been found unmarked in the box by an Anthony Pilkington pass. However, the Canadian’s shot went straight at the Ipswich 'keeper.

The final whistle confirmed Cardiff’s return to winning ways. With an international break coming up, the Bluebirds head into a well-earned break, but the next chance to watch football at Cardiff City Stadium comes next Sunday, with Kevin McNaughton returning to South Wales for his Benefit Match.