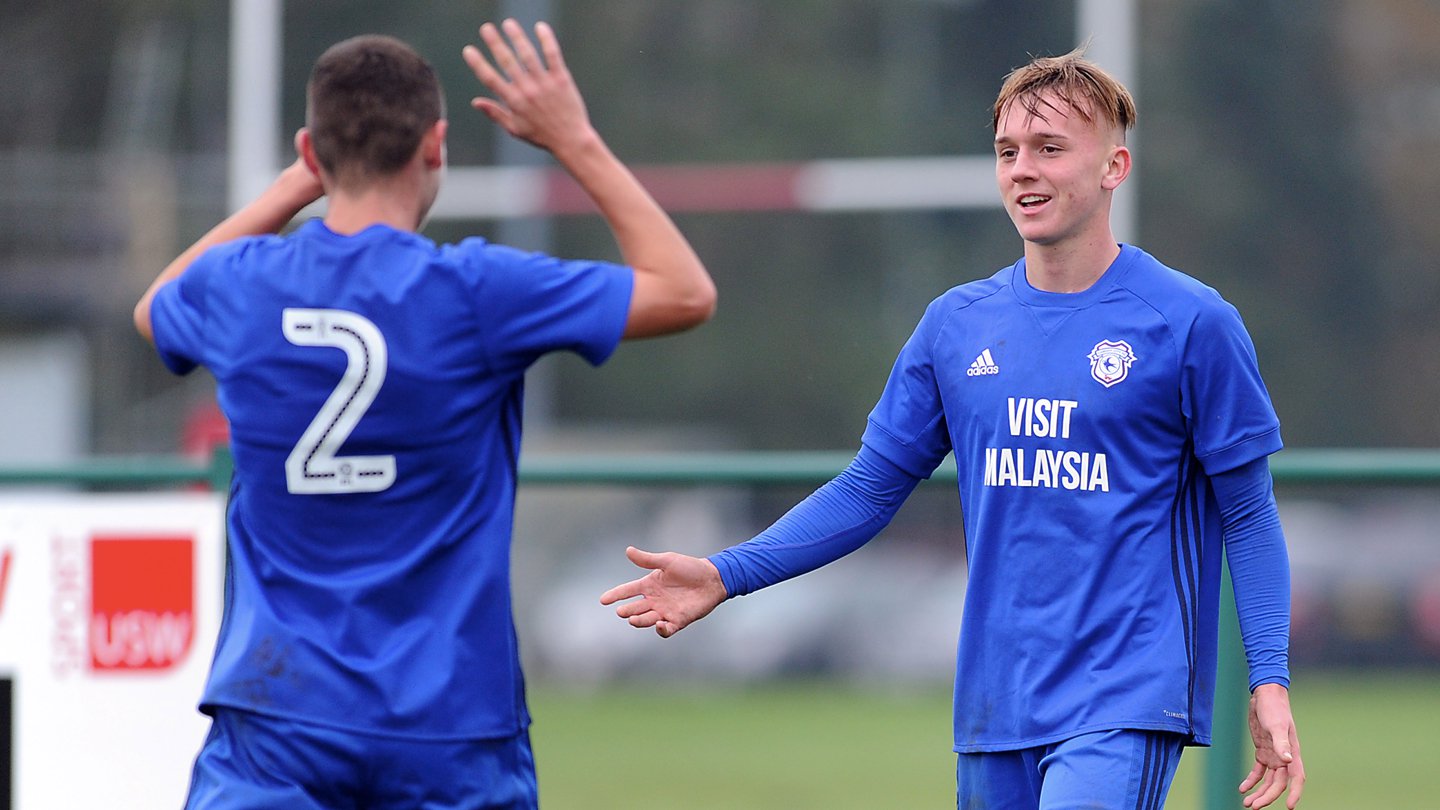 The Robins got the game underway but it was the home side that had the first real opportunity of the match. A dangerous counter attack from the Bluebirds led to Sam Bowen pulling the trigger from 25 yards, eight minutes in. However his low effort curled narrowly wide of Aaron Sainsbury’s goal.

The visitors had a chance of their own two minutes later. Ricardo Rees made a daring run on the right before setting up Vince Harper from 10 yards out. The striker was however unable to convert at the near post after a fine low stop by Warren Burwood. Chances continued to occur at either end of the pitch as the game got going.

Isaak Davies was unlucky not to give City the advantage after 31 minutes. Sion Spence played through the Welsh forward one-on-one but Sainsbury was on hand to make a brilliant save inside the box.

After the interval the travelling side had the better of early chances. Ricardo Rees looked certain to give them the lead after 51 minutes. The winger had only Burwood to beat but from 10 yards his low strike rebounded off the far post before being cleared by the home defence.

The Bluebirds took advantage of this missed opportunity, and scored first through Spence, three minutes before the hour mark. The lively youngster dribbled past several defenders before composedly finishing low at the near post from around 10 yards. It was his ninth goal of the season in all competitions.

Spence almost got a brace five minutes later but his powerful goal-bound drive from 25 yards was blocked well by Jack Spark. Bellamy’s young side did double their advantage, 69 minutes in as Isaak Davies made a surging run on the right before firing into the bottom left corner from 10 yards.

Chances soon became sparse as the game headed into the closing stages at USW Sports Park. The Bluebirds picking up a deserved victory against their local rivals.