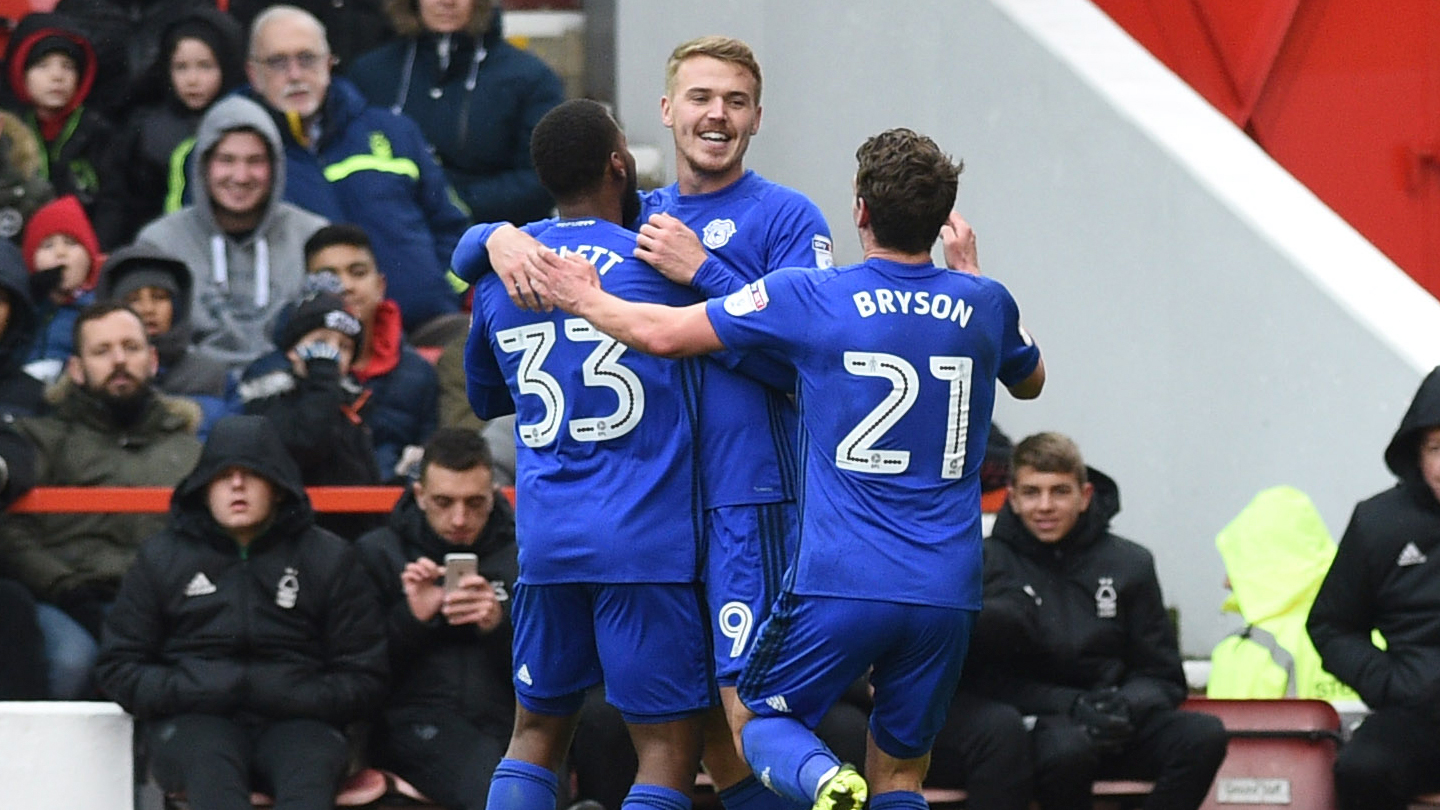 Ward: “We have strength in numbers!”

The Bluebirds made it three wins from three this week with a solid 2-0 win over Nottingham Forest on Sunday. A superb goal from Danny Ward, his second strike in three matches, secured the result, and left the striker feeling delighted after the final whistle.

“It’s probably one of my better ones.” Ward began. “I cut inside, had a pop, luckily struck it well and it sailed in the top corner. Before I knew it, it was in the net and we were off celebrating.

“It’s great to start a game well and get some goals on the scoreboard early. We knew that they would come back fighting so we still had to be on our game.

“It’s nice to see Junior getting on the scoresheet too – you don’t see him getting too many headers. It shows that he can contribute in different ways in every game.”

With the Bluebirds sitting second in the Sky Bet Championship table on forty points, Ward highlighted the importance of taking each game as it comes, and not worrying about how the opposition will be trying to halt our fantastic form.

“We knew it was going to be tough coming here, they were on a good run of form. But so are we, and we showed that today.

“There’s always pressure on us, especially now people are starting to see us picking up points. We can deal with that, we know what we can do and as long as we execute that, we’ll be fine. We’ve just got to concentrate on our game.”

He concluded: “With the injuries we’ve had it shows that we have strength in numbers. With Ken out I’ve been able to chip in with a few goals. It creates more competition for places in the team, which is good. We’ve just got to keep focusing game-by-game, and keep picking up as many points as we can.”

Post-match reaction from Neil Warnock can be viewed in full on iFollow Cardiff City now! Watch our interview with Danny Ward from 12pm tomorrow!