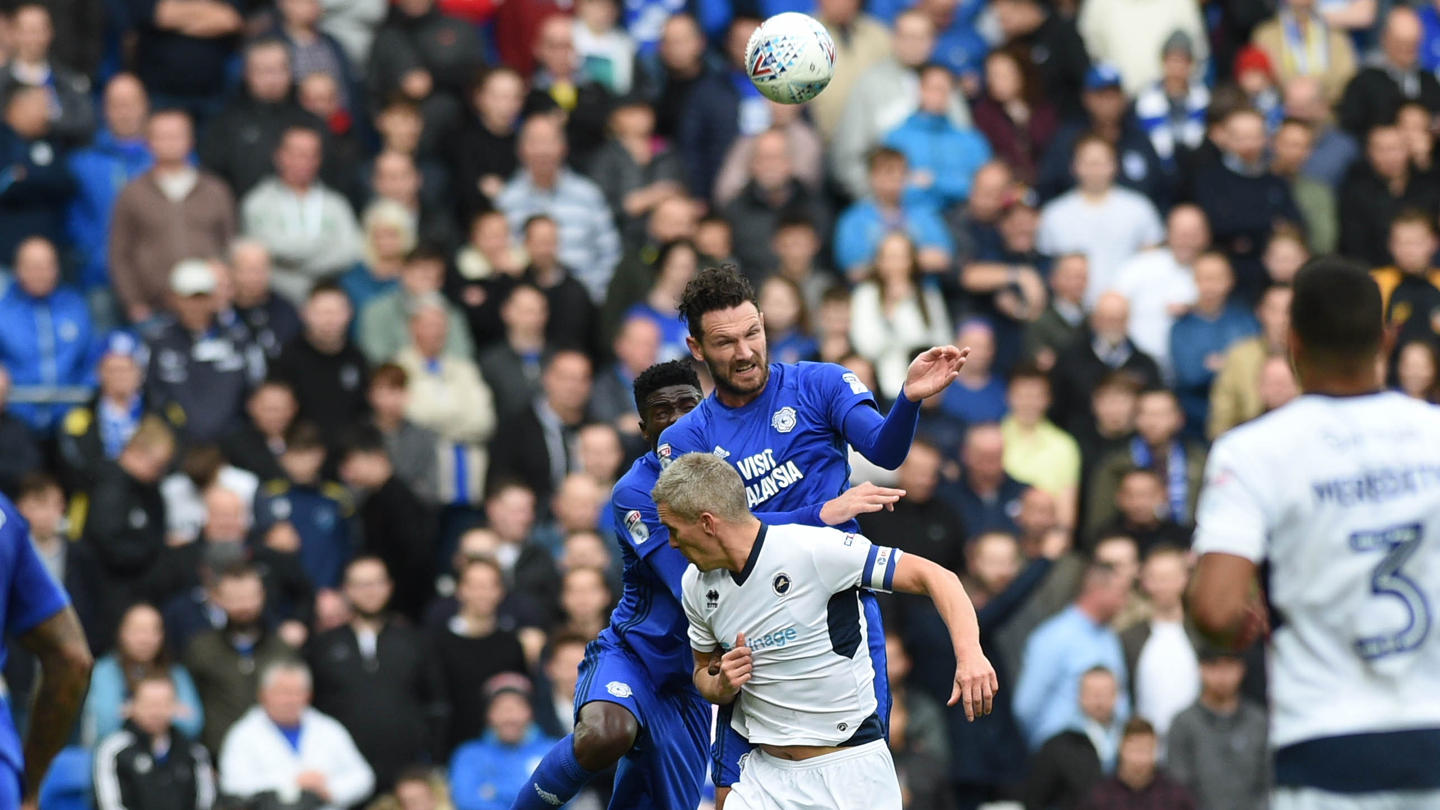 Match report for Cardiff City vs Millwall on 28 Oct 17

Cardiff City remain unbeaten in the league at home after drawing with Millwall..

City started the better team and were on the front foot for the opening exchanges. Nathaniel Mendez Laing broke away on the right hand side, but couldn’t find a teammate with his pull back as Craig Bryson and Junior Hoilett looked to capitalise.

Millwall had the first clear-cut chance of the game, as they hit on the counter attack. A long diagonal pass found Lee Gregory on the edge of the box, but Sean Morrison used his strength well to make the Lions forward put his effort high and wide.

City's first real attempt on goal came on 22 minutes and they came agonisingly close to taking the lead. Good build-up play from Mendez-Laing, Hoilett and Lee Peltier was followed by a Danny Ward strike that was pushed away from point blank range by Jordan Archer in the Millwall goal.

Four minutes later Ward had another chance to put City in front. An exquisite through ball from Sol Bamba found City’s No.9 on the edge of the area, and Archer did well again to push his curling effort wide.

It was Neil Harris' side who had the most clear cut opening of the first period, just after the half hour mark. A short back pass from Bamba allowed forward Steve Morison to run through one-on-one with Neil Etheridge, but the City stopper did very well to spread his body and make a terrific save.

City had yet another attempt foiled by Archer with half-time approaching. Substitute Callum Paterson, who had entered the match after 37 minutes to replace the injured Joe Bennett, burst down the right and his beautifully lofted ball found Hoilett at the back post, but Archer got a strong left hand to tip the shot wide.

The Bluebirds were applying huge amounts of pressure towards the end of the first half. First, Bamba had a left footed drive deflected wide, before seeing his speculative overhead kick float harmlessly over.

Millwall's Morison had the first chance of the second half for either side. The Lions striker found some space on the edge of the box and his near post effort was saved well by Etheridge.

Debutant Paterson came close to scoring his first goal in City colours three minutes later. The head of the Scotsman met hanging Peltier cross - but he couldn’t guide his header on target - flashing it inches wide of the far post.

Lee Tomlin was introduced with 15 minutes left on the clock and provided a creative spark in the midfield. The 28 year-old almost made an instant impact – his powerful drive from the edge of the area almost caught Archer by surprise, but the Lions ‘keeper recovered well. Tomlin and Archer were involved in the action again with just minutes remaining - when the City man was adjudged to have illegally taken the ball away from the goalkeeper before slotting into the empty net. Tomlin rewarded for his efforts with a yellow card from referee Stephen Martin.

The four minutes of added time weren't without controversy when City captain Morrison looked to have been pulled back in the penalty box while attacking the ball, but nothing was given despite the protests of the hosts. The Bluebirds maintaining their unbeaten home record, but forced to settle for a point.