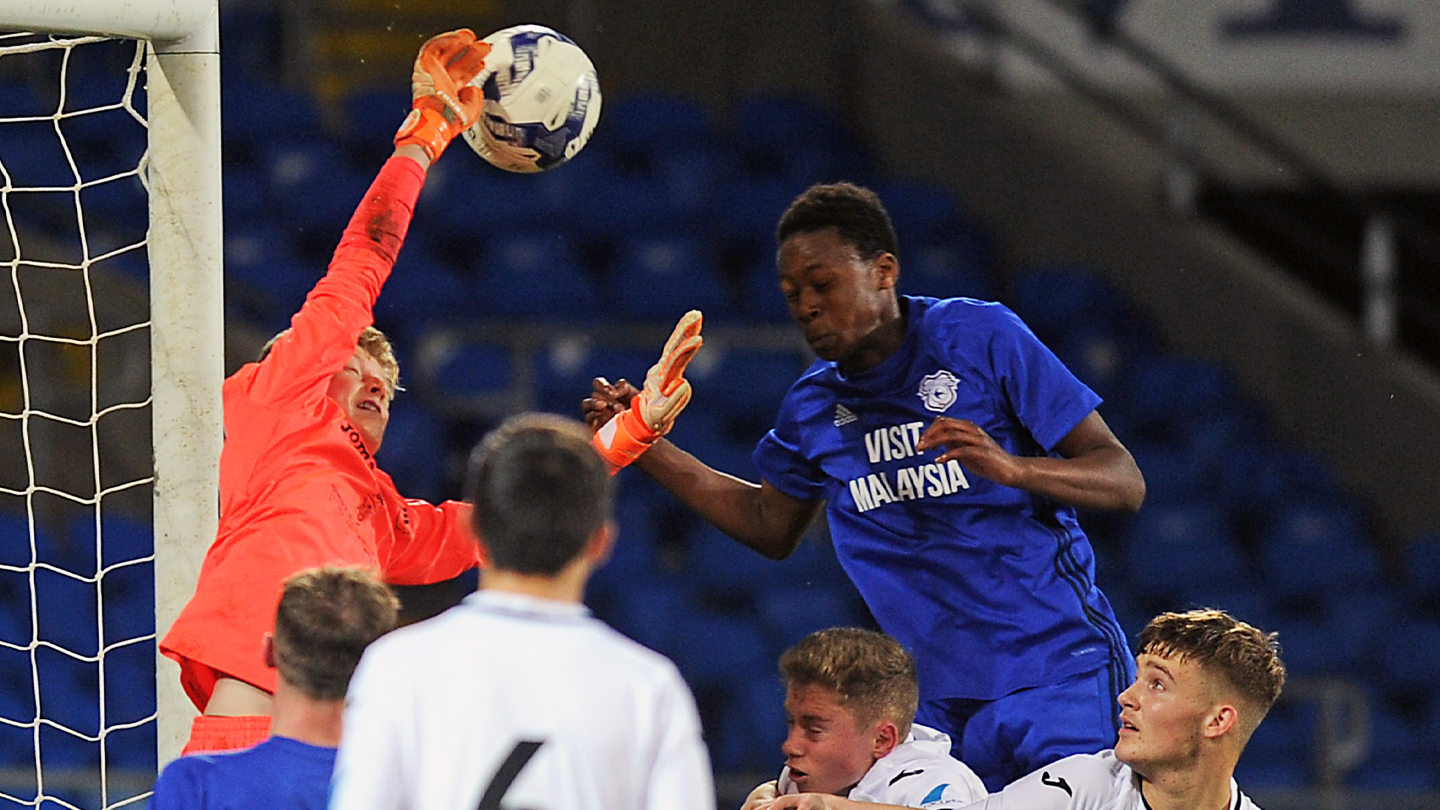 Entertaining derby ends in draw for Cardiff City’s U15 side…

Dane Facey's young Bluebirds drew 0-0 with Swansea City in their opening match of this season's U15 Floodlit Cup.

It didn’t take long for the young Bluebirds to get their first chance of the match though. Five minutes in, Ntazana Mayembe caused all sorts of problems on the left flank before picking out captain Ryan Kavanagh inside the penalty area. The midfielder was unlucky to see his first time strike from 10 yards go narrowly wide of the near post.

Facey’s side continued to dominate possession in the early periods and were unfortunate not to take the lead after 17 minutes. A Cardiff counter attack eventually saw Siyabonga Ligendza gain possession just behind the penalty spot but his right footed finesse shot was saved well by Benjamin Alexander to keep the scores level.

The Bluebirds continued to create chances before the interval with Eli King’s free kick after the half hour being saved remarkably by substitute keeper Luc Rees. The Swansea shot-stopper was on hand to deny Ethan Vaughan two minutes later also. City’s right-back saw his well struck right footed shot from eight yards out saved superbly to make it 0-0 at the break.

At the start of the second period, the visitors enjoyed more spells with the ball but failed to create any clear cut chances. Clarke’s strike from around 40 yards after 46 minutes was saved comfortably by Leo Satherley for the boys in blue.

After 54 minutes, Satherley was called into action when he had to save a Joshua Edwards strike from range.

The home side began applying pressure of their own as the second half progressed. King heading just over the crossbar from the far post when Taylor Jones delivered in a daring ball after 66 minutes.

As the game approached the final five minutes Mayembe came close but his near post effort was saved by a diving Rees. An additional four minutes were added on and substitute Rhys Schwank almost won it for City. The winger saw his right footed effort from six yards saved brilliantly to ensure the match remained level.

It was a great effort and overall performance by the Under 15 squad who shared the spoils in the opening group match of the Premier League Floodlit Cup.