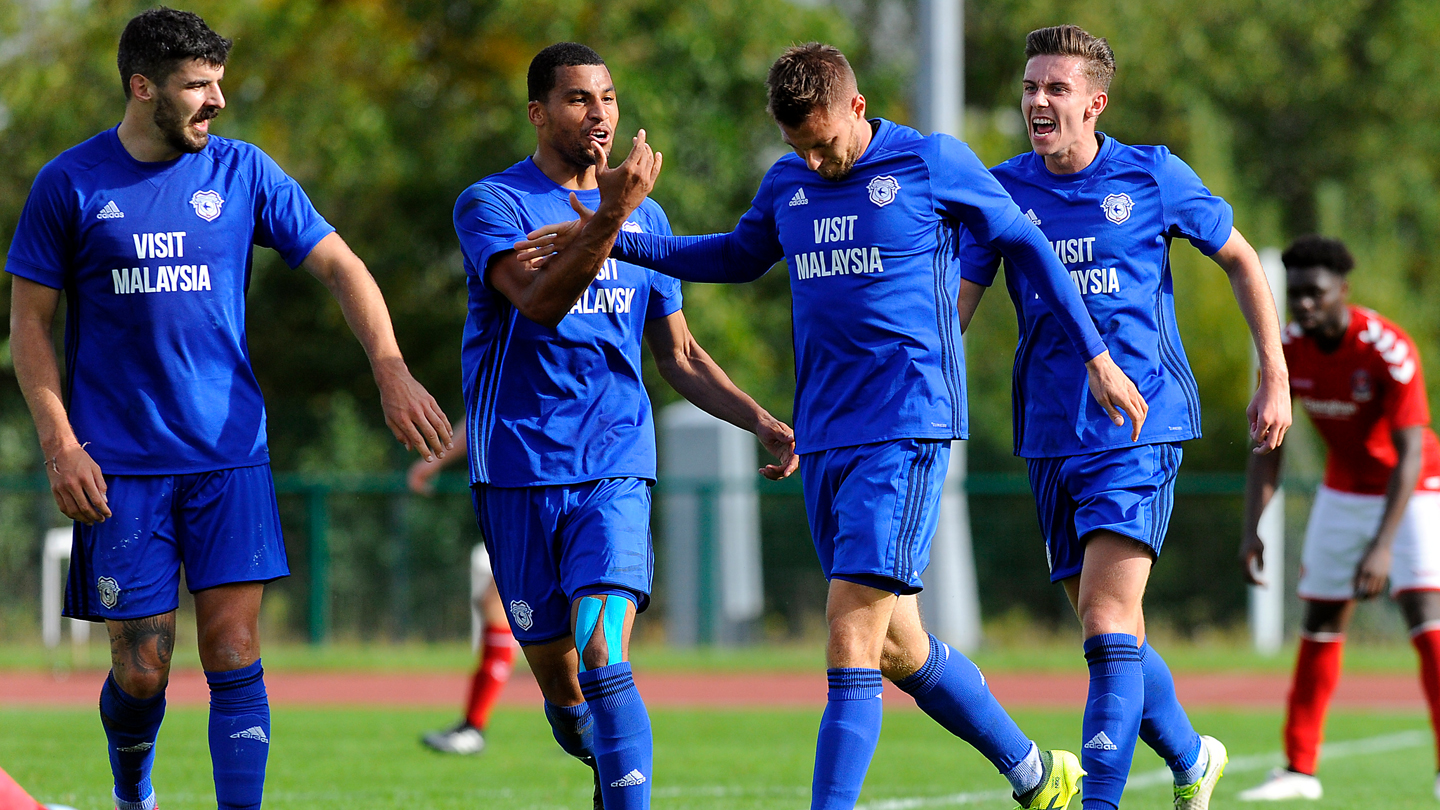 Cardiff City U23 development squad came from behind as they secured an impressive win against Charlton Athletic on Monday afternoon.

Jarred Harvey brought Ryan Reynolds and James Waite back into the starting XI, as City returned to the Cardiff International Sports Campus for their sixth game of the season.

It took the Bluebirds just seven minutes to take the lead. Jamie Veale’s first corner forced a good save from Charlton ‘keeper Jordan Beeney, but he couldn’t prevent Anthony Pilkington’s effort from the second set piece; the Irishman expertly diverting the ball into the back of the net.

Nine minutes later City doubled their advantage. Some brilliant counter attacking football saw Mark Harris take on two players before being brought down in the box. The 18 year-old dusted himself down to send the goalkeeper the wrong way and score for the second game in a row.

Charlton managed to pull a goal back straight away though, as Reeco Hackett-Fairchild beat the offside trap before slotting his effort into the bottom corner less than a minute after City scored their second.

The Bluebirds then went down to ten men on 26 minutes, as referee Robert Massey-Ellis dismissed Harris for an off the ball incident with Harvey’s men still leading 2-1.

Charlton made the most of their advantage, and equalised five minutes later. A corner from the left hand side was headed in at the back post by centre-back Joe Cummings.

Harvey’s side started the second half on the front foot and almost retook the lead. Waite dispossessed Charlton in the midfield before travelling 30 yards and firing a left footed effort just wide of the post.

Charlton took the lead for the first time in the match with half and hour to go. Hackett-Fairchild was in the right place in the right time to tap in a rebound following a brilliant save from City substitute ‘keeper Ollie Byrne.

The Bluebirds had the chance to level the match straight away, as Cameron Coxe’s powerful run into the saw the youngster brought down just inside the area. Pilkington took responsibility but Beeney saved his attempt.

Pilkington emphatically made up for that miss five minutes later. A free kick from the City left was cleared to the edge of the box where the 29 year-old was waiting and he buried a powerful half volley into the bottom corner.

Pilkington got his hat-trick with just over ten minutes to go, as he pressured ‘keeper Beeney from a high ball. The Charlton keeper dropped his catch and the former Norwich man was on hand to tap into an empty net and secure victory for the Bluebirds.