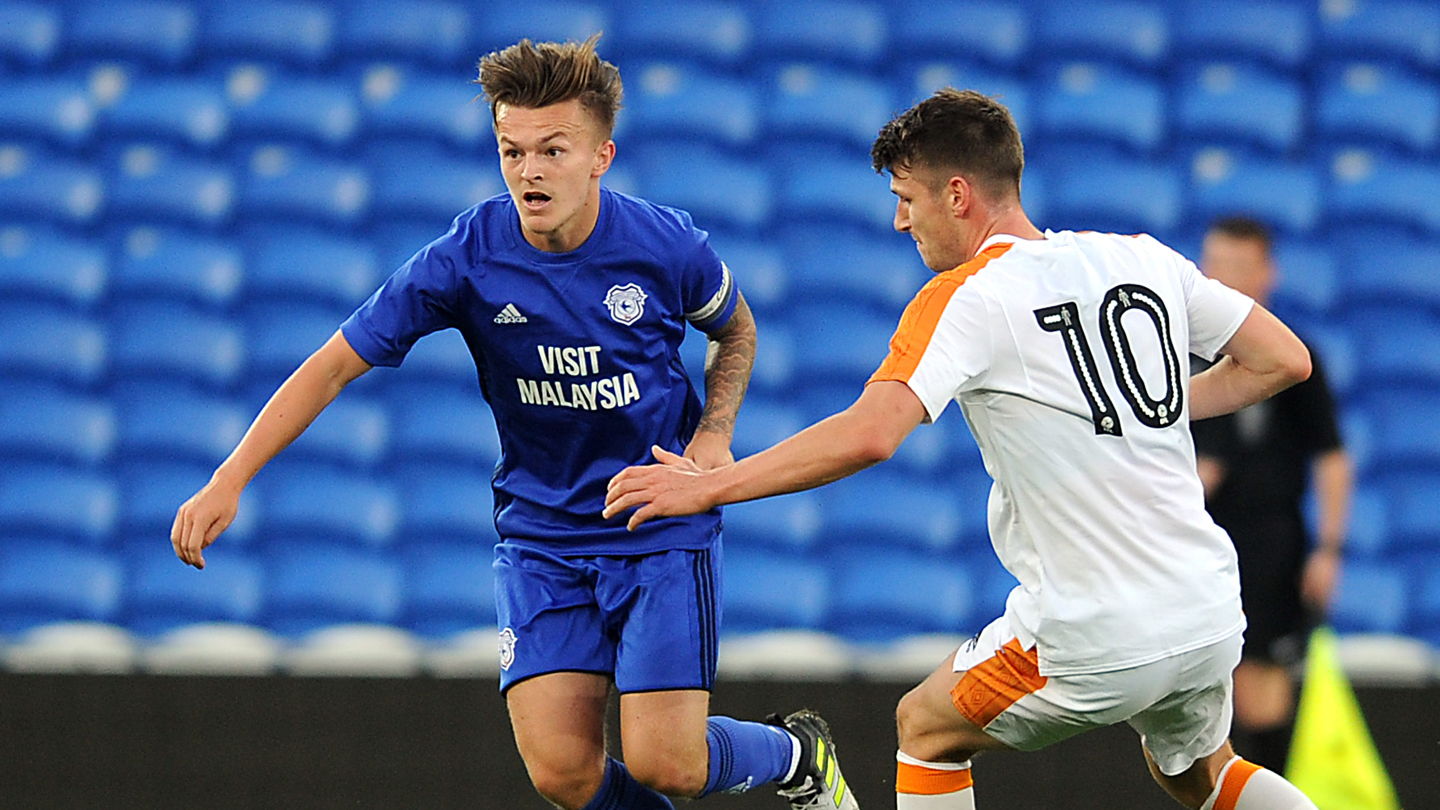 A spirited Bluebirds side narrowly defeated despite promising display…

U23 coach Jarred Harvey was able to include several players who were absent last week (due to international duties) when the side won 2-1 away to Huddersfield Town.

Scotland international Callum Paterson put on a Cardiff City shirt for the first team, taking part in a pre-agreed 45 minutes on his return from injury.

The hosts started the brighter of the two sides and had the first real chance of the game in the fourth minute. Paterson was brought down for a foul just inside Hull’s half. Rhys Abbruzzese delivered in a dangerous in-swinging cross that was headed away by the away defence.

The visitors fought back into the match though, and clinically, taking the lead inside ten minutes. Striker Tom Powell finished from close range after increased pressure from the Tigers.

Harvey’s side searched for an equaliser but Callum Burton denied one of the two trialists included in the starting XI four minutes later.

City goalkeeper Oliver Byrne was called into action when he prevented Powell from getting a brace on 21 minutes. The Bluebirds were positive in their play with captain Jamie Veale controlling the midfield as the hosts searched for an equaliser.

Despite a strong showing, the young Bluebirds found themselves two behind when Tyler Hamilton finished from inside the area after 34 minutes.

Paterson and Connor Young made way at the break with Academy prospects Ryan Reynolds and Sion Spence coming on for the second half. Both players made a big impact for the home side immediately from their introduction.

Veale came close with a blocked shot, and then had a powerful free kick on 52 minutes saved by the diving Burton. By the hour mark City were the better of the two sides and were unfortunate not pull a goal back with Harris seeing his low effort collected by the keeper.

As the game headed into the final ten minutes Cardiff City pulled a goal back. Mark Harris exquisitely finishing inside the area to reduce the deficit back to just one goal. The young Bluebirds pressed for what would've been a deserved equaliser, but it wasn't to be. Hull City taking all three points from this competitive match.