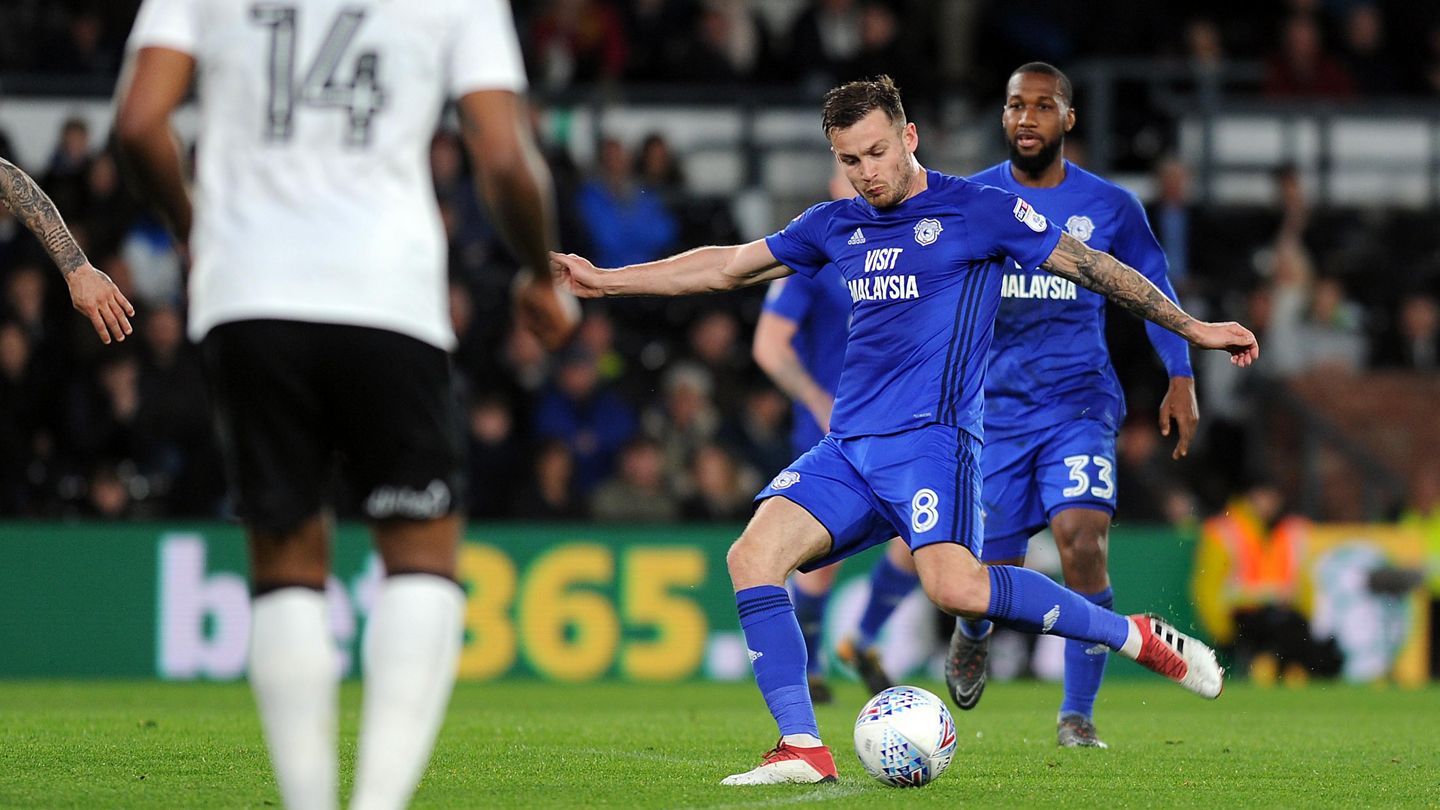 Cardiff City slipped to a 3-1 defeat on Tuesday evening as Derby County came from behind at Pride Park.

Callum Paterson’s superb first-half volley put the Bluebirds ahead, before three second-half goals for the hosts turned things around.

As a result, City remain one point ahead of third place as they travel to Hull City on Saturday afternoon.

City put in a fine first-half performance in front of a 2,895-strong contingent of travelling fans.

They twice threatened through Madine, who looked to have been pulled back as he reached for the ball at the far post, while Junior Hoilett also went close with a volley.

At the other end, the Bluebirds had to call upon Neil Etheridge to keep the Rams out, as he came off his line quickly to thwart Tom Lawrence.

The breakthrough came just before the half-hour mark as Callum Paterson, who was occupying a more defensive berth at Pride Park, got forward in support. He showed his attacking instincts - anticipating Hoilett’s cross and rifling a fantastic volley home with the outside of his boot.

Joe Ralls came close to stretching the Bluebirds’ lead before the break, while Lawrence saw his free-kick strike the wall following the restart.

The home side then managed to build up more pressure in the City half, and got their reward when Cameron Jerome turned home an equaliser from close range.

With the wind now in Derby’s sails, City struggled to regain a foothold in the game and, despite chances for Sol Bamba and Madine, soon fell behind to Matěj Vydra’s strike following a defensive error.

With men forward in search of a leveller, Jerome broke to score his second in the final minute of regular time - rounding off a frustrating night for the Bluebirds at Pride Park.

City remain in second place in the Sky Bet Championship going into their matches against Hull City at the KCOM Stadium and Reading at CCS.