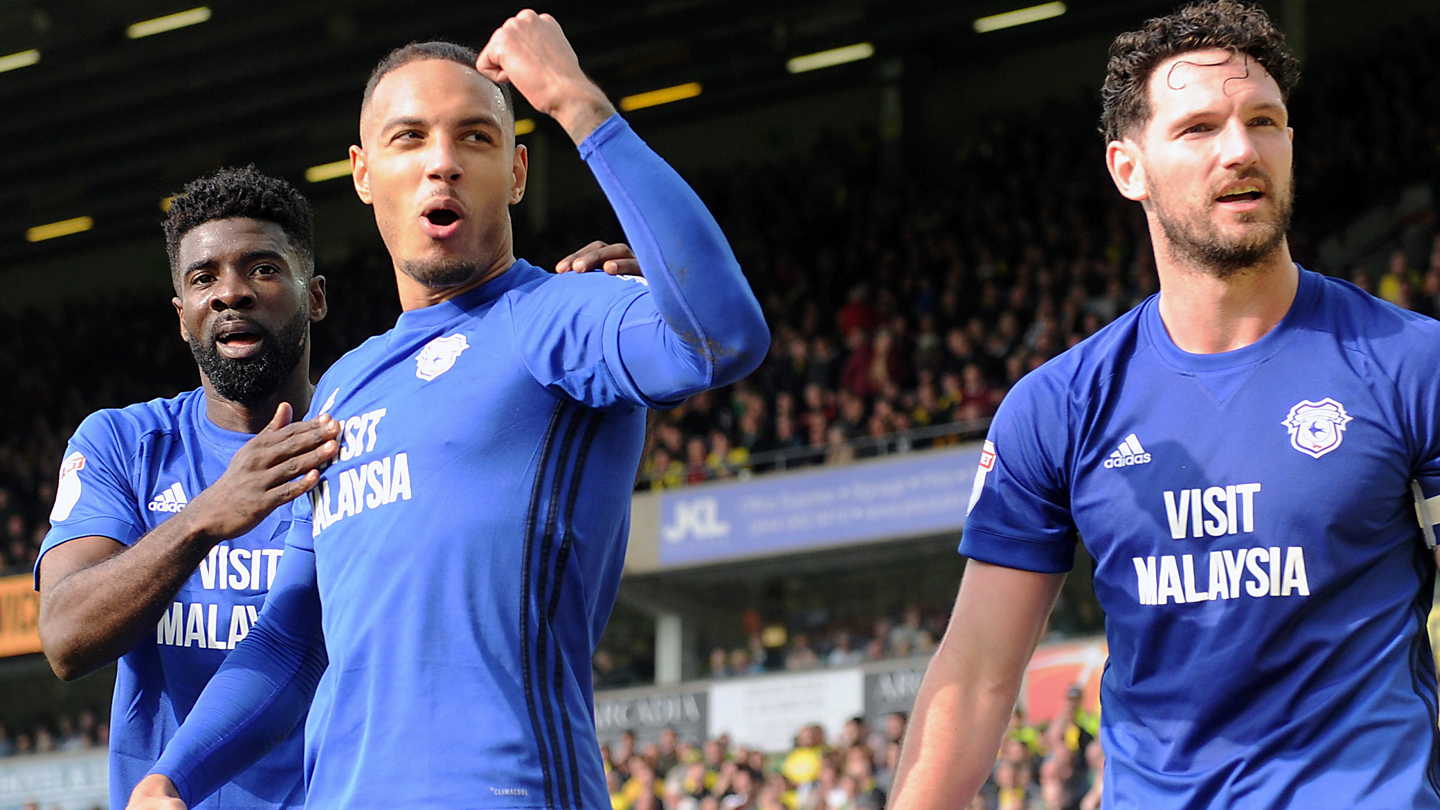 The home side began as expected - playing possession football while trying to break down the Bluebirds. Philippines international Neil Etheridge was called into action first on 10 minutes. Norwich forward Dennis Srbeny's low effort was held well by the City No.25.

As always, the Bluebirds were dangerous on the counter. A neat move down the right side involving Loïc Damour & Nathaniel Mendez-Laing opened up space, with Mendez-Laing crossing to the edge of the box for Craig Bryson to strike, but he curled just over the bar. Bryson had another chance on 25 minutes, with Angus Gunn making a fine low stop to deny the Scot.

The best chance of the first half came after 33 minutes as German forward Srbeny hit the post from a quick corner kick - catching the City defence off guard. Thankfully for City, the rebound cleared the crossbar. The Bluebirds were then forced into an early chance as Sol Bamba, who had injured himself stopping a powerful effort from Srbeny, was unable to continue. Bruno Ecuele Manga replaced the Ivory Coast international.

Gabon international Manga was caught in possession in his penalty box just before the half-time whistle, but captain Sean Morrison was on hand to expertly block a goalbound effort from the dangerous Srbeny.

Forward Gary Madine started the match in attack for the Bluebirds, and went close to opening his account for the Club with seven minutes gone in the second half. Madine rose highest to meet Junior Hoilett's free kick, but the ball drifted just wide of goal. Maddison, Srbeny & Murphy continued to trouble for the hosts in the second half without creating any clear cut chances.

Neil Warnock's final substitution of the game saw the introduction of Kenneth Zohore after 72 minutes - and he almost made an instant impact. The Danish forward met Hoilett's low cross at the near post, poking just wide of goal. This was a sign of things to come for the Bluebirds, with Zohore making a clinical difference in the final stages.

Zohore timed his run to perfection, staying onside to head towards goal, but Gunn made a strong stop. The Norwich defence tried to cut off all options for the rebound, but Zohore showed his attacking instincts, slipping the ball into the near post from an acute angle to give City a crucial lead.

The Bluebirds didn't let nerves get to them despite three minutes being added on - and even added a second goal deep into added time. Canadian international Hoilett's delightful flicked volley from 20-yards flew into the corner of the net much to the delight of the travelling support.