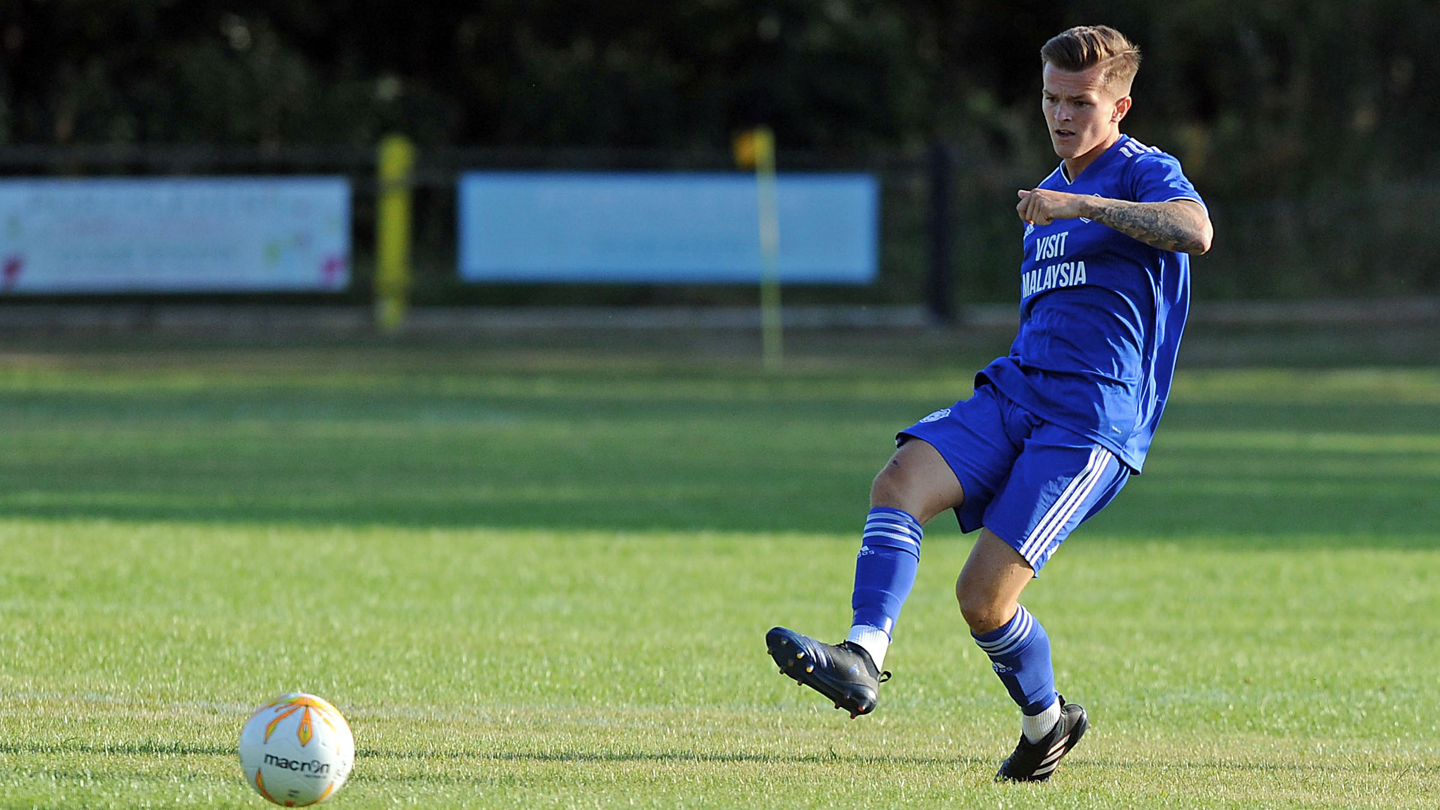 Jarred Harvey’s side will look to carry on the momentum gained from a successful pre-season and craft a winning start to the competitive campaign. Four wins from four games in Devon & Cornwall before a 3-0 victory away to Hereford marked a positive beginning to the 2018/19 campaign for the young Bluebirds.

The match will be played behind closed doors at a stadium well-known to City supporters. After a 1-1 draw, our First Team clinched their first Championship title and promotion to the Premier League at Turf Moor on April 20th, 2013. Craig Conway’s first-half strike gave the Bluebirds an advantage before David Edgar levelled for the hosts after 90 minutes.

Burnley Football Club were founded in 1882 and Turf Moor, which has a capacity of just under 22,000, has been their only ground. However, the Clarets U23 team are known to have played a range of fixtures at Gawthorpe Hall Training Ground, now known as Barnfield Training Centre, and Tameside Stadium, home of Curzon Ashton FC.

Managed by former Northern Ireland international defender, Michael Duff, Burnley’s U23 side concluded the 2017/18 PDL2 North season second from bottom. Following a third-place finish, the Lancashire men were also eliminated from the Premier League Cup at the group stage.

The U23 squad have been busy in the transfer market, adding several summer signings to the squad. The most notable players being three 18-year-olds. Josh Benson was signed after being released by Arsenal, former Manchester City central midfielder Mace Goodridge joined from Newcastle United and Anthony Glennon ended his time with Liverpool, who the left-back was with since U6 level.

Attacking midfielder, Dwight McNeil was named Burnley’s Young Player of the Year for 2017/18. The 18-year-old starred for the U23 squad, earned a professional contract and featured in the First Team.

Duff’s side have had a mixed pre-season, recording three victories, two losses and one draw. The Clarets began their friendlies with a 2-1 loss away to Colne FC on Saturday 14th July. Ntumba Massanka scored Burnley’s only goal, heading home from Benson’s corner. Four days later, the U23s travelled to defeat Stalybridge Celtic 3-0. Rob Harker, Massanka and Tinashe Chakwana scored on that occasion.

On Tuesday, July 21st, Mexican side Chivas U23 made the trip to Barnfield Training Centre and the hosts took a 6-0 victory. Massanka slotted a hat-trick, while a Trialist, Chakwana and an own goal sealed the result. Then six days later, the Lancashire team hosted Salford City, which ended in a 0-0 stalemate.

The squad travelled to the National Sports Centre, Lilleshall for a training camp and played a Walsall U23 squad. Duff’s men took a 4-1 victory with Harker, Christian N’Guessan, Chakwana and Ed Cook scoring. Three days later, the Clarets completed pre-season with a 3-1 loss away to Wolves U23. Tunde Bayode struck Burnley’s only goal.

The Bluebirds have had a terrific record against Burnley at U23 level in recent times, winning the previous two meetings and not losing since November 2016.

On September 18th, 2017, City dispatched the Clarets 4-0 in PDL2 action at Barnfield Training Centre. Lee Camp and Callum Paterson featured on their returns from injury, along with fellow first-team players Greg Halford, Omar Bogle and Anthony Pilkington. Harvey’s side took a first-half lead through Oliver Younger’s own goal before Bogle, Pilkington and Mark Harris scored the remainder late-on.

At Cardiff City Stadium, the young Bluebirds defeated Burnley 2-1 in the Premier League Cup Group Stage on February 13th, 2017. The visitors took an early lead as Tommy Wood finished from Arlen Birch’s long-throw. However, the hosts levelled just after the hour mark through a penalty. Captain, Jamie Veale took the spot-kick, firing low and hard to set-up an exciting finale. Then 10 minutes later, Marco Weymans played a precise through-ball for James Waite who placed the ball between Conor Mitchell’s legs to give City victory.

Cardiff City U23 Head Coach, Jarred Harvey spoke to cardifficityfc.co.uk ahead of the PDL2 opener, discussing the match, reflecting on pre-season and looking ahead to the competitive campaign.

“Pre-season has been productive on and off the pitch. James Waite made his First Team debut and Mark Harris went out on loan to Newport County, making his League Two debut against Crewe Alexandra last Saturday.

“On the pitch, the players have got minutes under their belt and we’ve exposed them to a variety of competition against organised First Teams. That has proven to be physically testing. However, we do expect our players, especially the older, more experienced lads to be able to cope with these types of games going forward.

“It’s really quite simple, the only expectation is to create an environment which is competitive and expose the players to a more varied games programme. Hopefully that will prepare them for the next step in their careers.

“For us, we are still looking at a couple of trialists so this will be another great opportunity for them to prove themselves. The additional minutes for our current squad will be good too. The squad is looking okay but it’s more about getting individuals to the next level. Waite and Harris are experiencing that now.”

Harvey concluded: “In the coming weeks, we have a few talented players returning from injury and it will be exciting to get them back on the pitch. We are looking forward to seeing the player development, supporting the boys in improving their game and hopefully giving them enough to have a career in football. They know how hard it is to make the step into a First Team and are well aware of the work they need to put in if they’re going to achieve a career in the game.”