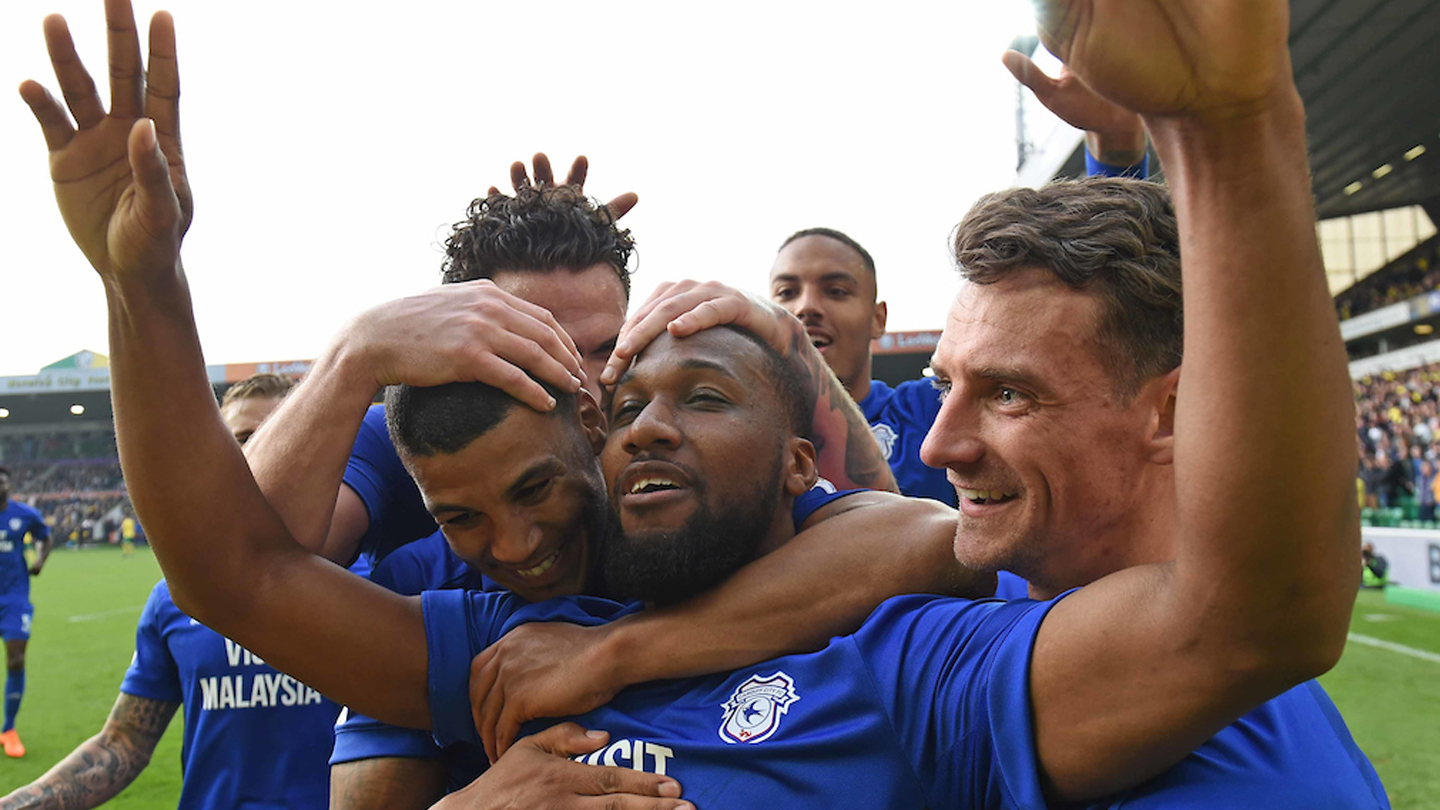 With three Premier League matches under their belt, the Bluebirds kick off their Carabao Cup campaign against the Canaries, whose two late goals against Stevenage Town booked their place in the Second Round.

Under the competition’s new rules, extra time has been removed and if both teams are level after ninety minutes, the match will be decided with a penalty shootout.

The Canaries have suffered three defeats and won just one of their first five matches of the 2018/19 Sky Bet Championship campaign, as they look to improve on last season’s 14th place finish.

They’ll have to do so without the attacking flair of young talent James Maddison, who moved to Leicester City in the summer and, of course, Josh Murphy, who is now with the Bluebirds.

Those departures have left Daniel Farke with a rebuilding job on his hands, but the recruitment of the likes of ‘keeper Tim Krul, midfielder Ben Marshall, forward Teemu Pukki and loanee Jordan Rhodes could help to compensate.

Farke has indicated that he’s set to bring a strong Canaries squad to Cardiff City Stadium on Tuesday evening, although you may have forgiven them for keeping one eye on Sunday’s crucial league trip to fierce rivals, Ipswich Town.

Due to their Premier League status, the Bluebirds have entered the Carabao Cup at the Round Two stage this season.

Last year, Nathaniel Mendez-Laing and Greg Halford were on the score sheet as City overcame Portsmouth after extra time in the First Round, before bowing out to Burton Albion at this stage.

Meanwhile, the Bluebirds’ last meeting with Norwich was certainly a memorable one.

Now, the Bluebirds are preparing to take on the Club at which both brothers played from U12 level through to the first team.

Still just 23 years old, Josh made over 100 competitive appearances for the Canaries, scoring on 20 occasions, before joining the Bluebirds in June 2018.

Anthony Pilkington is another of many significant forwards to have worn the shirts of both sides, including Peter Thorne, Robert Earnshaw, Cameron Jerome, Alan Lee and Craig Bellamy.

At the other end of the pitch, former City stopper, David Marshall, moved directly from Norwich to the Bluebirds, for whom he made a total of 278 competitive appearances.