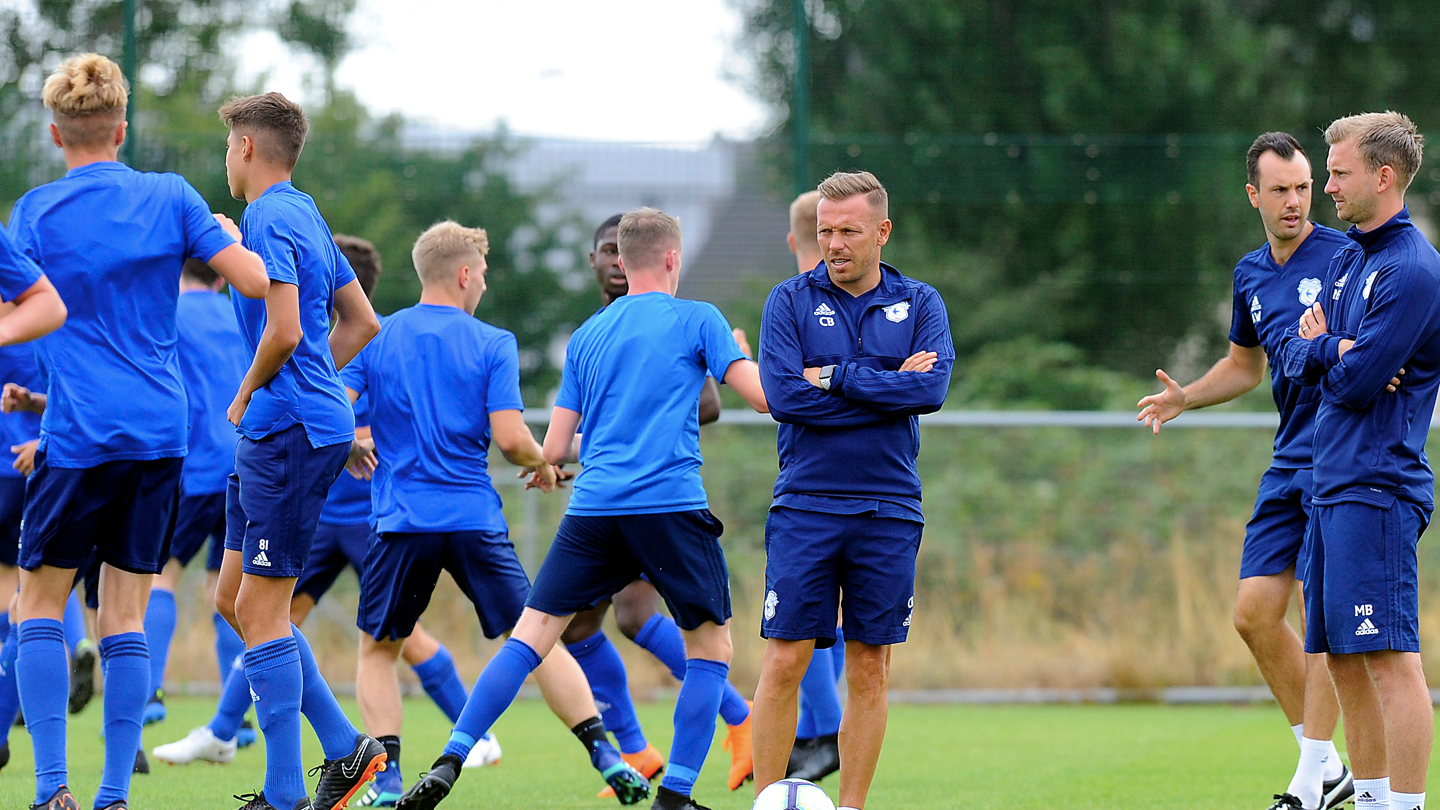 “I’ve been with these boys for a few years and they’re well drilled," began Craig. “We’re a good team and we’re fully aware of that. We have a certain style of play but the intensity we looked to close down with was very good.

“We were 5-0 up at half-time and went through a 20-minute period where it easily could have been six, seven or eight. During the last 20 minutes, the players weren’t anywhere near where they were or what they’re good at but I fully expect that. It’s due to the fact that we haven’t had as many minutes as we would have liked in pre-season. Overall, I’m really pleased.

“Pre-season was really good. We played two Category One teams and unfortunately had a couple of games called off. We haven’t had the amount of pre-season games that we would have liked.

"We’ve had two pre-season games and the players were all on a certain amount of minutes at a time. Going into this game, I knew we had to get it done early.

“We’re strong. We’ve built this team up over the last few years and we’re fully aware of development but we want to put winning in now as well. Over the years we probably haven’t been as competitive but if you look at this age group, the players have played against older opposition for a long time.

“It’s great for their development but at the same time we want to build that confidence in winning and playing. The players are playing against boys in their own age group now which a lot of them haven’t done for a few years. That looked evident today but we want to ensure that we win games now as well. I’m a development coach and a winning coach and that’s really what we’re trying to do with this group, this year.”

The former City striker concluded by praising forward Dan Griffiths, who broke the deadlock before securing a first-half brace. The Wrexham-born striker signed for the Bluebirds from Liverpool last season.

“Dan’s a good player. He gives us something different and holds the ball up well. At this level he’s as good as you’ll get forward wise and we had to work hard to get him. He was at Liverpool so it was a patient one trying to get him in.

“He’s Welsh which was very important for us but his work ethic, ability and threat on and off the ball is essential to how we play. I like to press from the front. He’s done brilliant in pre-season and we’ve just got to keep him fit.”

Following the full-time whistle, Griffiths gave us his thoughts about the match, and the coming weeks.

“The boys played well as a group and to get the three points was a brilliant way to kick-off the season. We got off to a quick start and to take a five-goal lead into the half-time break was great.

“I was happy with my performance on a personal level too. It’s always good to score and to head two, contributing to the first victory of the competitive season, was super."

Griffiths concluded: “We’ve got high expectations for the campaign and we’d like to finish in a top spot. However, we’re taking it one game at a time and we’ve got Birmingham City to contend with next Saturday. It’ll be a tough game because they’re good opposition but we’ll go out, give it our best shot and hopefully come away with another three points.”

Craig Bellamy’s interview and extended highlights of the match will be available to subscribers of Cardiff City TV. Keep up to date with all the most recent news via our official Academy Twitter account, @CF11Academy.