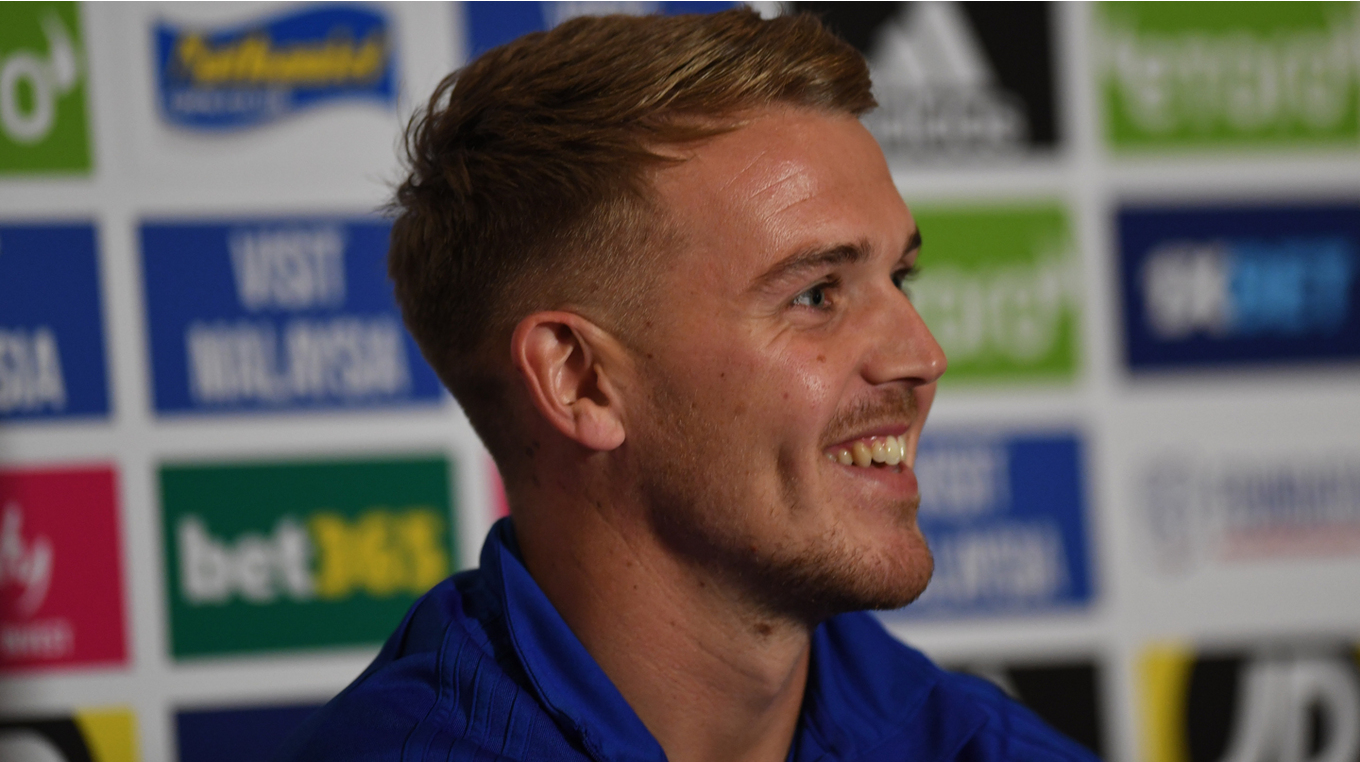 Ward: Home games will be key

Danny Ward addressed the assembled press and media at the Vale Resort ahead of the Bluebirds’ home Premier League opener against Newcastle United.

The striker revealed his and the squad’s ambition for our clash with the Magpies and season ahead. City’s first no. 9 talked about the Bluebirds’ terrific team spirit and the role of the supporters.

“Tomorrow is a great chance to get some points and get us up and running,” began Danny.

“Bournemouth gave us an eye opener, but at the same time it helped the squad’s confidence to realise that we can perform in the Premier League. We know that we can do well and every game is going to be really tough but we need to stick together.

“I’ve only experienced a small snippet of Premier League football [with Bolton Wanderers] but my main aim is to get back in the starting eleven and play.

“I’m looking forward to Newcastle. I’ve only played up there once and their fans were amazing. We’ll have a packed house here though, with our fans behind us and it’ll be a good atmosphere."

On the eve of the Bluebirds' opening match at Cardiff City Stadium, Danny emphasised just how important home form is going to be this season.

“Our home games are going to be key with our fans behind us," he said. "The stadium will be sold out for most games which is great for us, because having that support and atmosphere will definitely help. We’ve just got to focus on ourselves and know what we can do.

“Everyone will work for each other, enjoy it and give it 100%. We’ll play to our strengths and we’ve got game-changers that can get the fans going. If we can get them behind us and making noise, it’ll definitely help.

The forward finished by focusing on City's latest recruits, and what qualities they can bring to Neil Warnock's squad.

“Harry Arter and Víctor Camarasa bring more quality to the squad," he continued. "Harry is a really good footballer and technical on the ball. He’s looked really lively in training and offers something different. I think he’ll be a good signing for us.

“Coming from Real Betis, Víctor’s technical and knows how to play football. He passes the ball about really well and will fit in well.

“It’s always healthy to have competition. It keeps everyone on their toes and we’re all fighting to get on the team-sheet. We’ve made some good signings with the likes of Josh Murphy and Bobby Decordova-Reid doing really well in pre-season.”