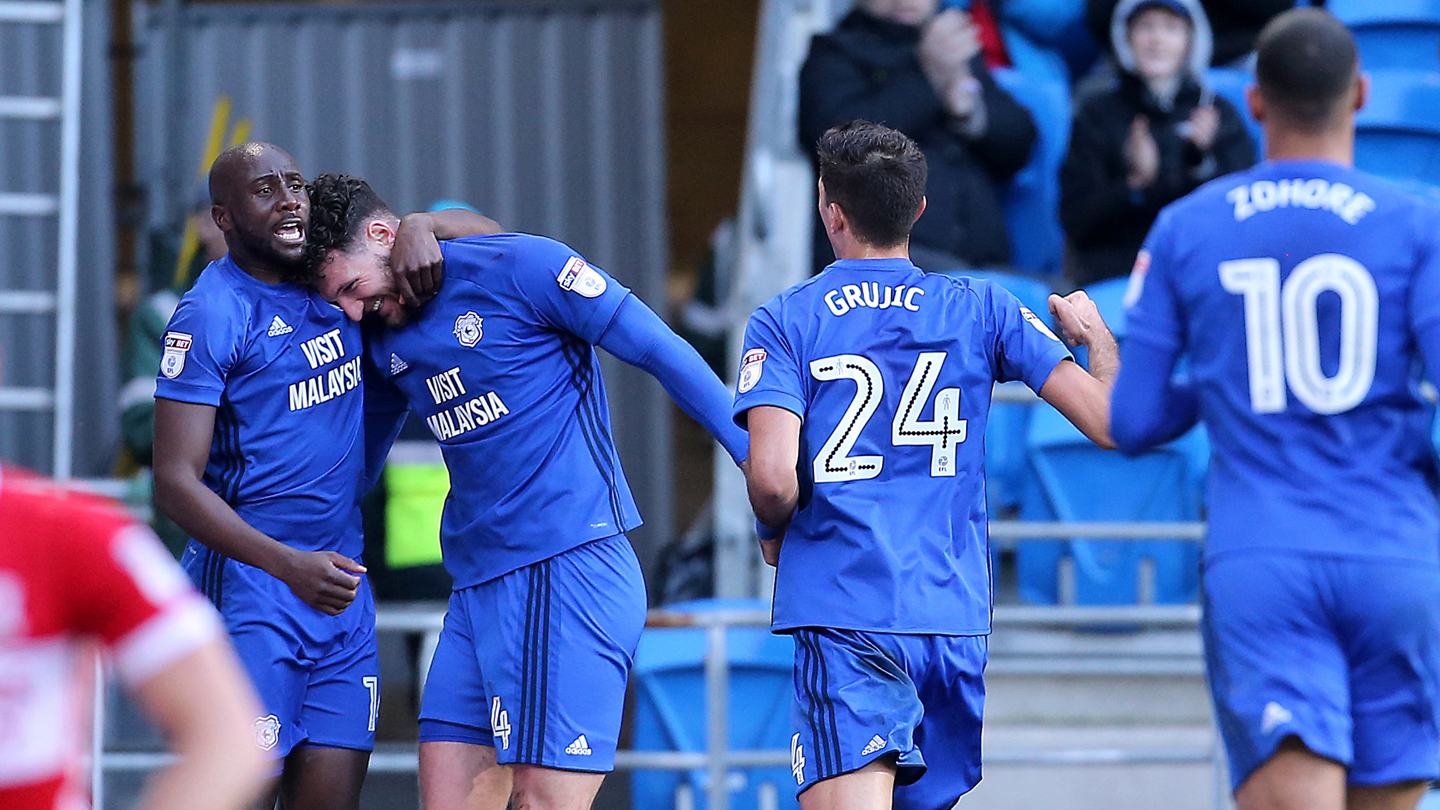 Morrison: “I thought the boys were fantastic!”

The Cardiff City skipper scored his second goal in as many games and helped to pick up a clean sheet as Neil Warnock’s side recorded their second home victory in a week.

“It is always nice to score a goal,” Sean began. “As a defender first and foremost your job is to stop the other team from scoring and we’ve done that.

“If you look at our squad we’ve got a big physical bunch of players and some good footballers. We knew it was going to be a battle with Tony Pulis as their manager.

“We knew we had to match them with big Rudy (Gestede) up front. It was tough, but I thought the boys were fantastic and we fully deserved the three points.

“We spoke about the target we had at the start of the season, and we are only one clean sheet away from that now. The boys were fantastic again. We’ve come away with three points, a clean sheet and a very happy dressing room.”

The Bluebirds moved into second position in the Sky Bet Championship table after defeating Boro.

“I don’t think many teams want to play us,” the Cardiff City captain continued. “They line up against us and see our size and it’s quite daunting. I’ve been on the other side of it - you see players who are willing to put their bodies on the line and get stuck right in. The manager is huge on it and he won’t let our standards drop. Every game is a cup final for us now.

“The table is tight, very tight. Villa slipped up, but they had a very tough game away to Fulham, who are creeping up the table as well.

“It’s there for anyone but it’s just whoever wants it the most. Obviously we’re going to fight to the death. We are aiming for that second spot, as that’s where we want to be.”