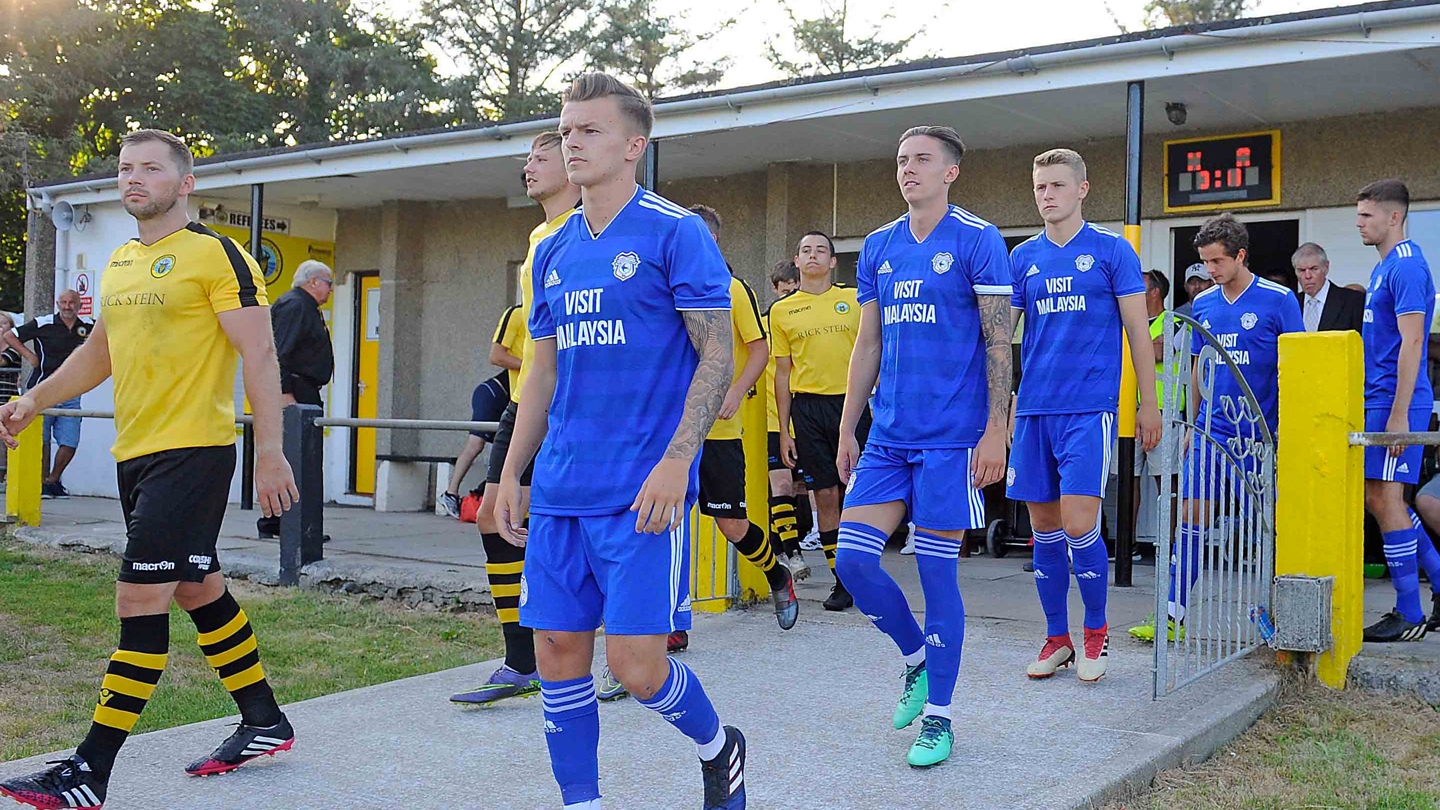 Cardiff City’s U23 squad head to Lux Park to face Liskeard Athletic on Saturday afternoon looking to end a week in Cornwall with four straight wins.

Jarred Harvey’s young side made it three wins from three in Thursday’s affair at the Gala Parc stadium after hammering Porthleven 9-1 in a game which saw Rhys Healey net five goals moving the youngster’s tally up to nine goals in three pre-season games.

The Blues were founded back in 1946 and like our last opponents, Porthleven, play in the South West Peninsula League Division One West. Liskeard Athletic finished in a respectable fifth place aided by their top goal scorer James Lorenz who netted 42 times last season.

The Blues were the second highest scorers during last season’s campaign having netted 92 goals throughout the season.

The Cornish-based side have won the South Western League on two occasions in 1976/77 and 1978/79. They were also crowned champions of the Western League during their 1987/88 campaign. The Blues were relegated from the Premier Division during their 2012/13 campaign and are yet to return.

Lux Park, home of Liskeard Athletic, has hosted the First Team squad training during the week.

After Saturday's match, Blues joint managers Martin Hodge and Richard Woods will prepare their side for a clash at home against St Austell on July 25th, before heading into back-to-back games away to Bodmin Town on July 27th and Saltash FC on August 3rd.

The Blues kick start their 2018/19 league campaign away to Bere Alston United on the August 18th.