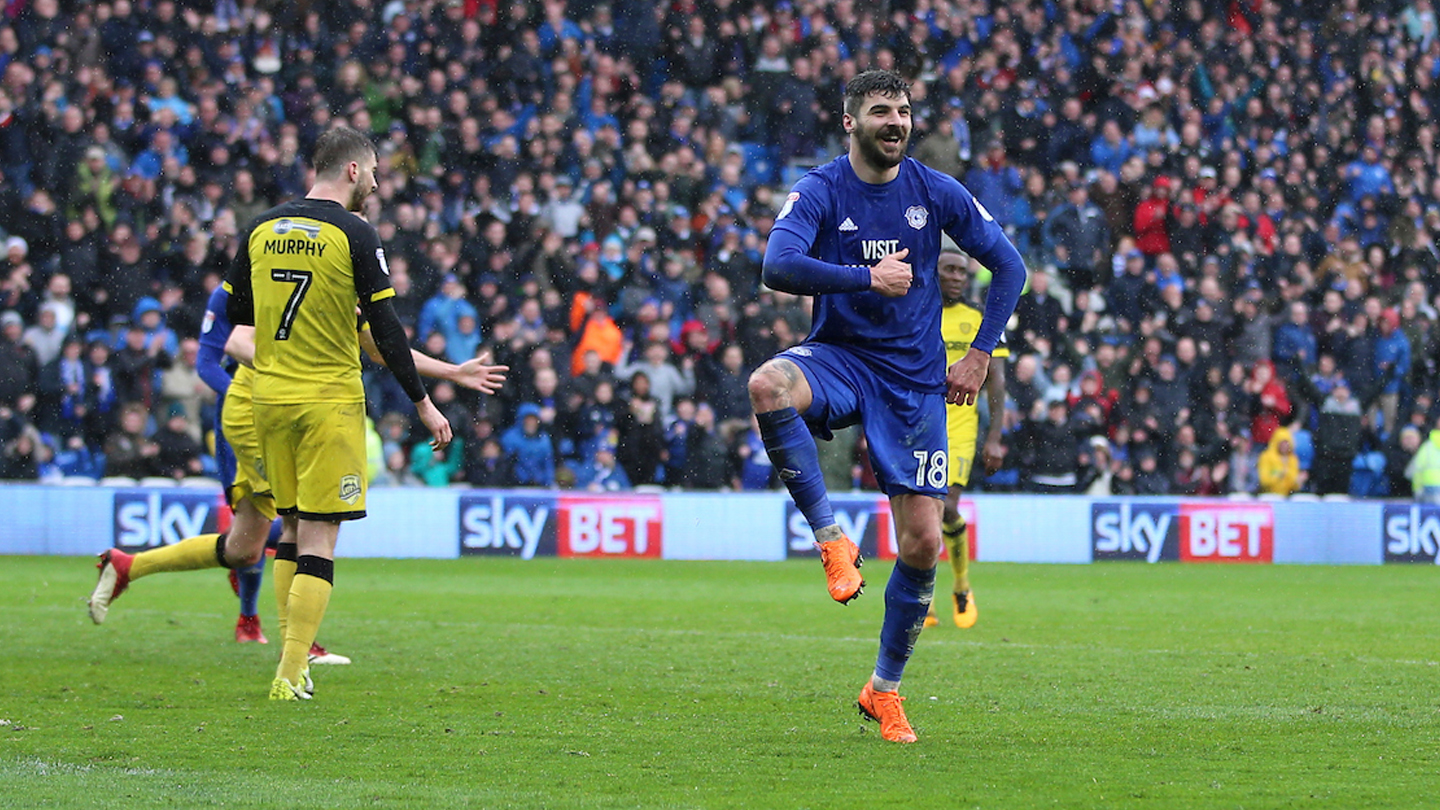 Tickets will be available to purchase at the gate for those who have made the journey, with Terrace adult prices at £10 and Under-17s at £5.

Both Cardiff City and Burton Albion left the Championship in opposite directions last campaign. Nigel Clough’s side will compete in League One after tallying up 41 points in the final league standings - two points behind Bolton Wanderers, who dramatically scraped survival on the final day.

Founded in 1950, the East Staffordshire side play their home fixtures at the Pirelli Stadium, which has a capacity of 6,912. The Brewers impressively earned two successive promotions during their respective 2014/15 and 2015/16 campaigns. The latter being a step up to the Championship, which is the highest level the club have ever competed at.

Experienced winger Lloyd Dyer was the club’s top-scorer after netting on eight occasions during 2017/18. However, it was club stalwart Lucas Akins who scooped the Supporters’ Player and Players’ Player of the Year Awards last term. The 29-year-old was involved in 12 goals in all competitions (six goals and six assists).

The Brewers have so far been involved in five pre-season friendlies – losing four in total. Clough’s men narrowly fell to a 2-1 away defeat in their opening test against Mickleover Sports on Friday, 13th July 2018.

However Burton Albion responded to defeat with a 2-1 away success over National League side, Kidderminster Harriers, four days later. Young midfielder Joe Sbarra levelled the game for the visitors after the hosts took a surprise early lead at Aggborough Stadium. Late on, Luke McCormmick sealed a deserved victory with a powerful strike to earn the Brewers their first win of pre-season.

Burton Albion would go on to lose their next three pre-season outings. Their first being a heavy 4-0 defeat at home to Steve Bruce’s Aston Villa on Saturday, 21st July. The League One side then faced two matches in as many days from Tuesday 24th July. A 3-2 loss away to Solihull Moors was followed by a 5-2 defeat on the road against Alfreton Town.

Sbarra has been Burton Albion’s star-player of pre-season, with the 19-year-old notching three goals for Clough’s side - more than any other player.

Cardiff City took another step towards automatic promotion when they last encountered Burton Albion, on Friday, 30th March 2018. The Bluebirds battled to a 3-1 victory over Clough’s side at Cardiff City Stadium.

Kenneth Zohore clinically opened the scoring from close range after 16 minutes. However the game was level again five minutes later when former England international Darren Bent slotted home against the run of play.

Neil Warnock’s men searched for another goal before the break and were rewarded for their persistence in first-half stoppage time. The lively Nathaniel Mendez-Laing powered home to make it 2-1, before Callum Paterson rounded off the scoring 20 minutes after the interval.