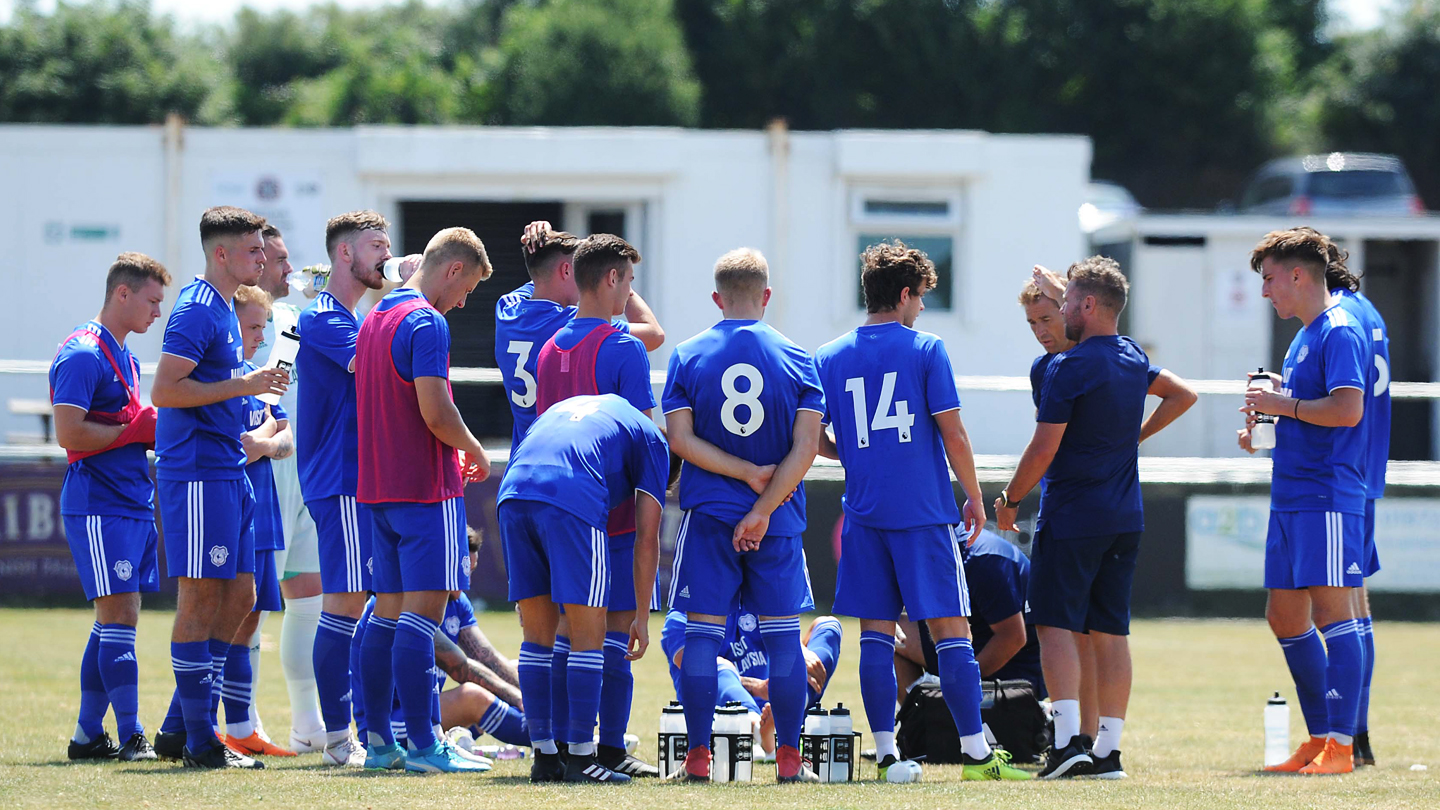 Cardiff City’s U23 squad head to the Gala Parc Stadium for their third pre-season test, looking to maintain a 100%-win rate during their pre-season in Cornwall.

The encounter follows back-to-back victories for the Bluebirds as comfortable 2-0 winners against Truro City on Monday, along with a 4-2 triumph over AFC St Austell in which Rhys Healey secured yet another brace in his second pre-season outing.

The Fishermen currently play in the South West Peninsula League Division West. They recorded a sixth-place finish in last season’s campaign, ending the season on 60 points alongside Liskeard Athletic who will be our last opposition on the U23 trip to Cornwall.

Our opponents netted 74 goals in last season’s campaign and were only beaten on eight occasions during a 32-game season. Last season’s top goal scorer, Matt Drummond, who netted 26 times for the club, will be looking to get on the score sheet against Premier League opposition in what will be the first encounter between the two clubs.

Porthleven finished as runners up during the 2007/2008 campaign and have been winners of the Cornwall Combination Cup on seven occasions. The side who play their football in yellow and black were quarter finalists in the FA Vase Cup back in their 1997/1998 campaign, which was only the second time that a side from Cornwall had reached that stage of the competition.

Alan Carey, Porthleven boss, has previously crossed paths with Neil Warnock. The Gaffer, when in charge of Sheffield United, faced Carey earlier in his career, while the latter was manager at Bodmin Town.

The Fishermen began their first of three pre-season friendlies with a resounding 7-0 win against Mullion FC on Tuesday. Our opponents will round off pre-season affairs against Bodmin Town on the 21st July.

They open their league campaign at home against Wadebridge Town on Saturday, 18th August.

City’s U23 squad round off their week in Cornwall on Saturday with a trip to Liskeard Athletic at Lux Park before returning to the Welsh Capital.