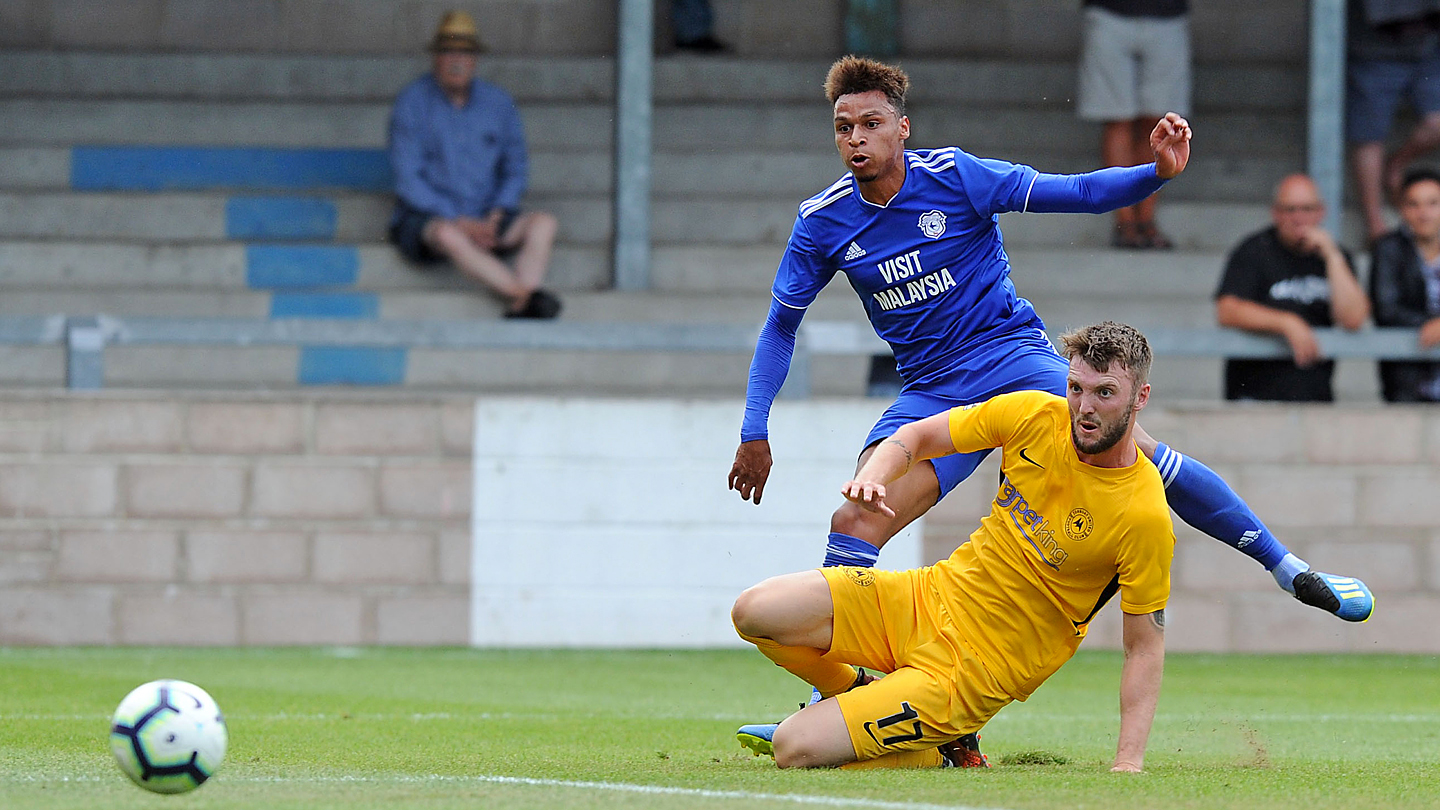 A 1-1 draw against Torquay United in Devon marked the end of the senior squad’s pre-season tour of the county and neighbouring Cornwall.

The Bluebirds headed to the easternmost point of their summer trip, knowing that they’d face a sterner test against their Vanarama National League South opponents than they had earlier in the week at Tavistock and Bodmin. Neil Warnock put out a strong side that saw Kenneth Zohore return to the action following a period of leave to welcome his baby son Kenzo in to the world last weekend.

City were slick from the off at Plainmoor, looking to keep the ball on the turf and utilising the precision-passing of Joe Ralls through the middle of the park. City’s number eight tested Gulls ‘keeper Bass with a stinging effort after ten minutes, whilst Bobby Reid also saw his effort drift wide of the far upright from a tight angle during the opening exchanges.

There was high-drama at Plainmoor in the build-up to the opening goal. Josh Murphy felt he’d been held back inside the penalty area in the twentieth minute, only for referee Bromley to wave away the forward’s appeals. Torquay found their way into the City penalty area from the next attack, and when striker Brett Williams went to ground under the attention of Callum Paterson, Mr Bromley once more said that the challenge had been fair and that the City man had come away with the ball.

The Gulls crowd were even more vociferous in their feelings towards the official within thirty seconds though, as a clinical Bluebirds breakaway down the right saw Murphy stride into the area and finish low into the left-hand corner of the net.

Calm inevitably followed the most unusual of pre-season storms and there was little to talk of for the remainder of a much slower-paced first half. The usual suspects – Murphy, Reid, Hoilett and Ralls – all threatened to create or finish in the final third, although the Gulls on the field sat firm as the Seagulls soaring above Plainmoor added some south-coast summer colour to proceedings.

Neil Warnock made six changes ahead of the second half with Neil Etheridge replacing Alex Smithies between the sticks; Jazz Richards, Sol Bamba and Greg Cunningham replacing Lee Peltier, Bruno Ecuele Manga and Joe Bennett in defence; Loïc Damour stepping in for Bobby Reid in a tactical central midfield switch; and Danny Ward taking Josh Murphy’s place out on the left hand-side a front-three.

Things ticked along at a leisurely pace for the first 12 minutes of the game, but then in the 57th minute, a mix-up at the back brought an unexpected equaliser for the home side. Substitute Ruairi Keating replaced the energetic Brett Williams and, with his first touch, the forward nipped in behind the Bluebirds back line to slot home past a rooted Etheridge. The Gulls celebrated as if they were playing for league points or cup progression – and it added further drama and intensity to a hugely entertaining pre-season fixture.

Torquay, buoyed by a passionate home support, had their chances as the half progressed; though a City side that incorporated eight second half changes may have been a little more clinical in front of goal to see off the encounter.

Next up for the Bluebirds will be a trip to Neil Warnock’s former side Rotherham United on Wednesday evening – a game that you can hear, in full, courtesy of Cardiff City TV.