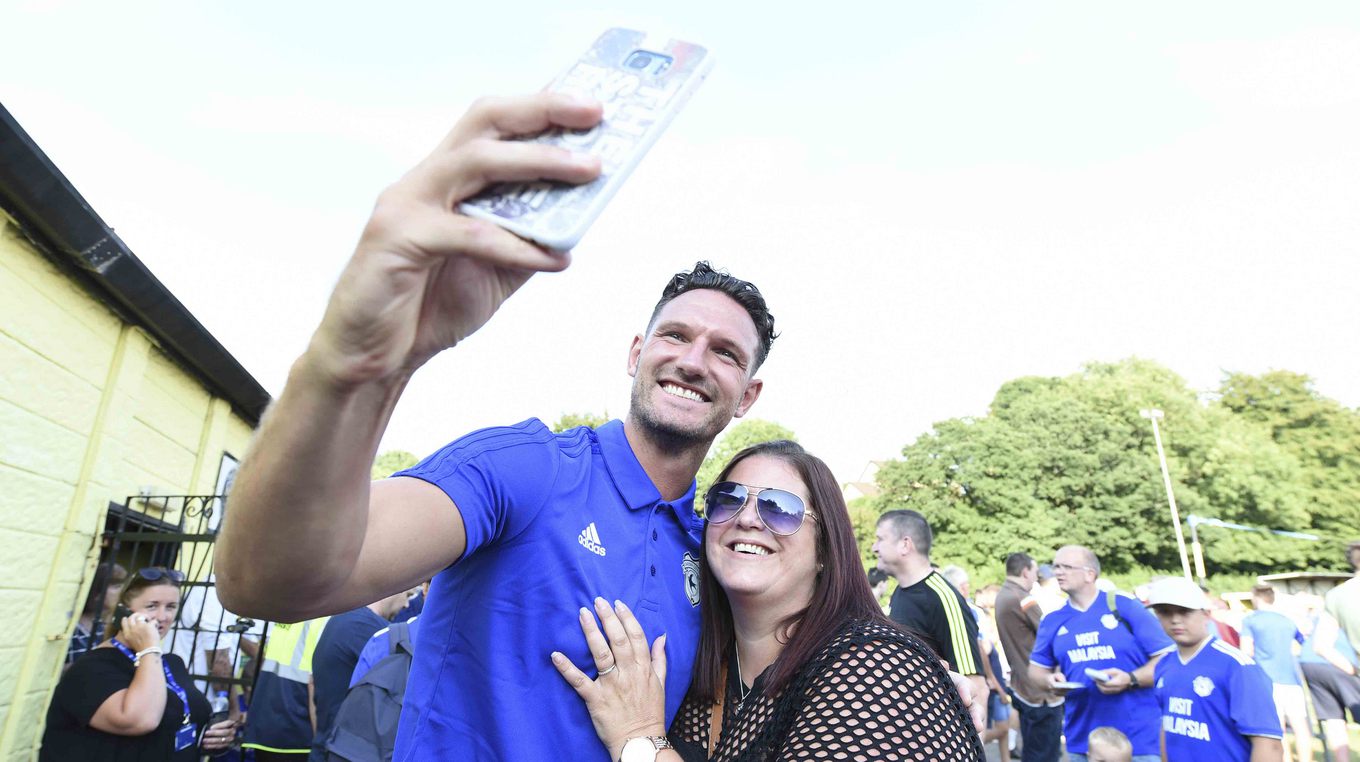 Moz: We're looking forward to it

The Bluebirds began their pre-season programme at Taff’s Well on Friday, with a young City side defeating the Wellmen 0-3. The First Team squad was at Rhiw’r Ddar to watch the match and meet fans ahead of the upcoming Premier League campaign.

City skipper Sean Morrison took time out from his autograph-signing duties to speak to the media at the game, and expressed his excitement at being back in action despite a gruelling pre-season schedule.

"It’s the same regardless of what league you’re in, similar preparations at the start. Being in the Premier League gives us a fantastic chance to show what we can do, so we’re excited, and hopefully we can do ourselves proud.”

Neil Warnock has added four new faces to his squad so far this summer, and our captain was full of praise for his new teammates.

“I think they’re fantastic signings. They’ve fitted into the changing room really well. It’s quite an easy dressing room to come into, so I’m sure they’re settling in nicely and happy to be at the club. Josh and Bobby were tough opponents for me last season, so I was extremely happy to welcome them to the club, and hopefully they can do the business for us next year.

“It’s exciting for everyone involved at the club, so hopefully next year will be a great year for us. The gaffer has been around the block and he knows what he’s doing, so hopefully this time it works out for us.”

With less than a month to go until our first top-flight fixture, Sean expressed his excitement at the new challenges that the Premier League has to offer.

“We haven’t set any targets yet, I’m sure that will come in the next couple of weeks. The main target is to stay up next year - that’s the be-all and end-all. If we can stay in the Premier League next season it’s been an achievement, so that’s what we’ll aim to do.

“We’re going to be stepping up to the league above.It’s going to be tough, but we’re looking forward to it.”