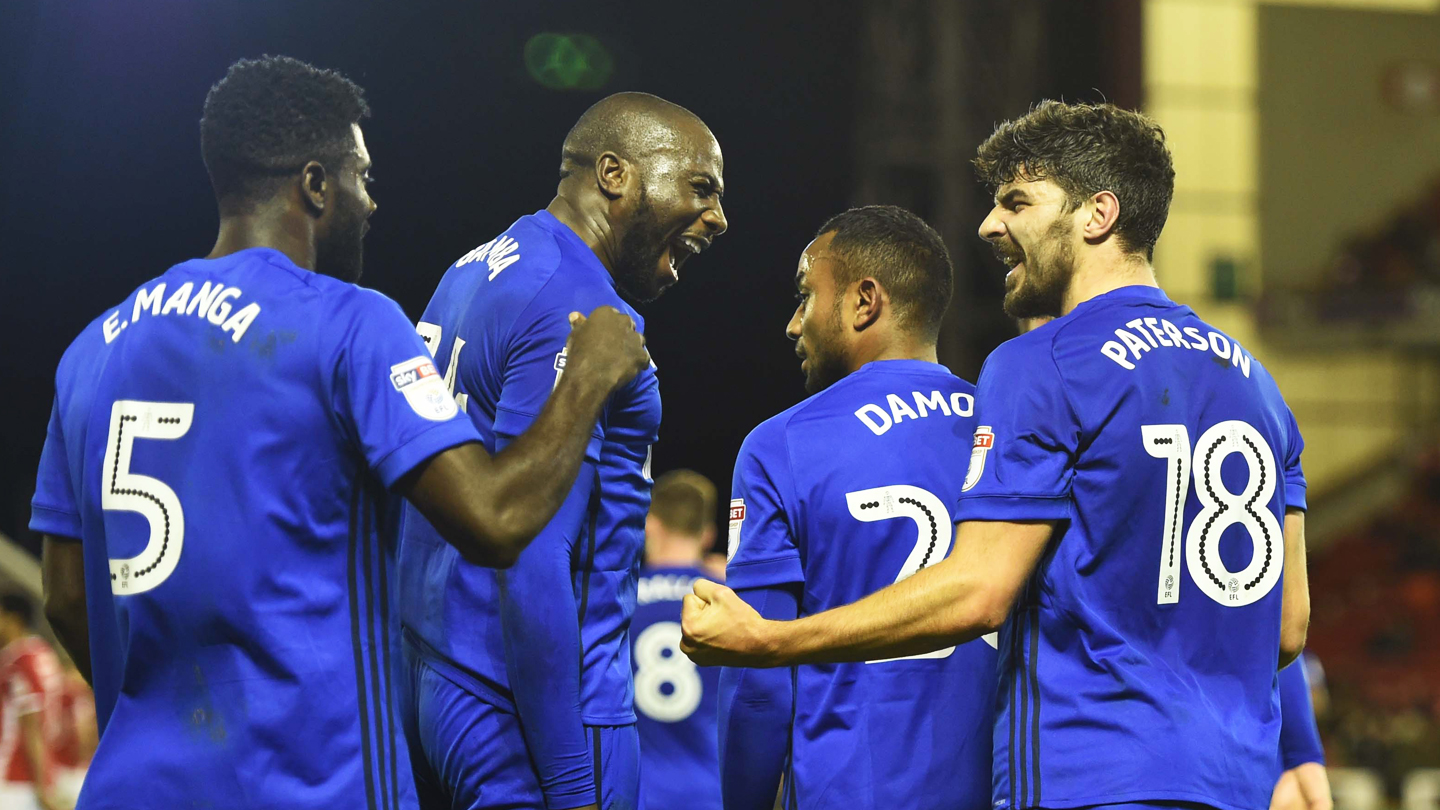 Neal Maupay had given the Bees a one-goal advantage after five minutes, but our towering defender showed incredible attacking instincts to turn and fire home a superb volley to level the match twenty minutes later.

“I don’t think I’ve scored many better,” Sol admitted. “It’s a good goal, but the most important thing was to get back into the game at that point.

“We dug in. That’s what it is all about at this stage of the season. It’s all about three points.”

Scotland international Paterson, initially signed as a full-back in the summer of 2017, has scored eight goals so far for Cardiff City despite only making his debut for the side in late October after recovering from a long term knee injury. Callum scored for the third consecutive game, against Brentford, to give the Bluebirds an advantage at the interval.

“Eight goals is a massive return for me and I am relishing the role I’m playing. I enjoy getting into the box and was glad to get on the end of the cross.”

City are currently second place in the Sky Bet Championship table with 76 points - three points behind leaders Wolves, and seven points ahead of Aston Villa in third. The Bluebirds though remain focussed on their own progress alone.

“We want to try to push on now we’ve achieved our points target,” Sol continued. “We are not looking at any other teams. We are just concentrating on us and seeing where we can go.”

Callum concluded: “We are own team and we need to look after ourselves first and foremost. We’ve got the momentum, but we are keeping our feet on the ground."