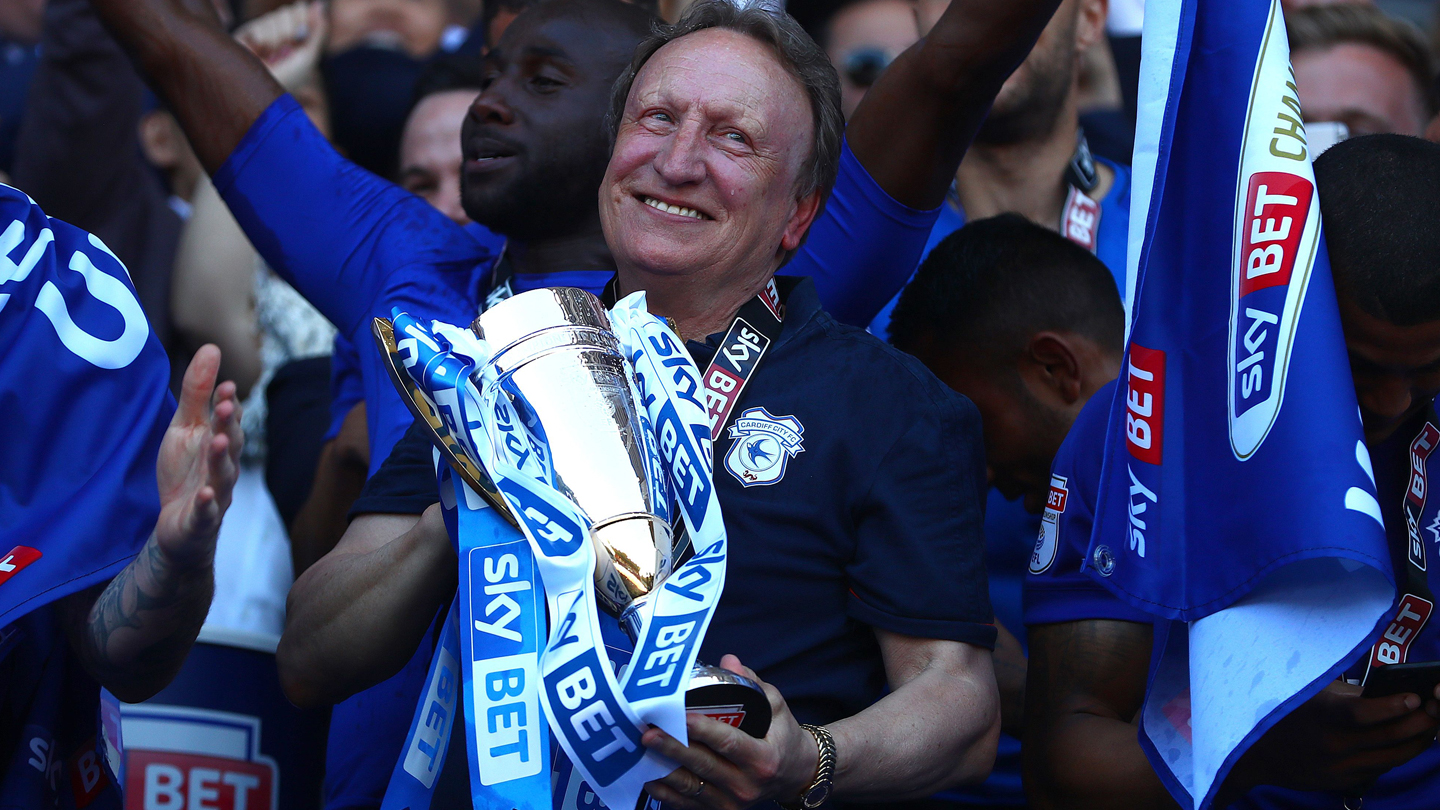 After securing a record eighth promotion as a manager, Neil Warnock spoke to the assembled press & media at Cardiff City Stadium.

“It’s been a long week, since the Hull City game,” the Gaffer began. “We all wanted to play the next day. But the lads have been good in training and it was great to come through.

“I can’t tell a lie, I was really pleased to hear Fulham were losing 2-0, I think I kissed the lad who told me. I had a feeling Garry Monk's side would do that and there’s no easy game.”

The Bluebirds tallied an impressive 90 points to finish second in the league and Warnock labels this success as his greatest achievement during his managerial career.

“It’s the best one by a mile really. It’s an incredible feat when you consider all the things on and off the field. I know we’re not easy on the eye but the attitude of the lads is super.

“I’m proud that I’ve built a team capable of ruffling a few feathers. It’s not quite sunk in yet, I’ve not had a drink yet, I dare not have one as I’ll be drunk in two minutes.

“I’ve never seen a crowd like that. Not ever. It’s great for Wales and great that people are feeling proud to be Bluebirds.”

Promotion means that Cardiff City will be back in the top flight for the first time since the 2013/14 campaign.

“We’ll be odds on favourites to get relegated, but then we were 33/1 to get promoted so all we can do is ruffle a few more feathers.

“We’ve got the basics and we’ll have to buy five or six players to supplement the squad, but it’s good to have different styles and we’ve got some ability at times.

“I think we’re quite capable of staying up so I think getting this lot up would be my greatest achievement.”

The 69 year old finished by re-emphasising his delight on a successful day in Bluebirds history.

“When we were down in Cornwall last summer, I had a feeling we could get in the top six. One or two thought I was on the champagne.

“But they’re my kind of team. I can’t put it into words how proud and pleased I am today.”