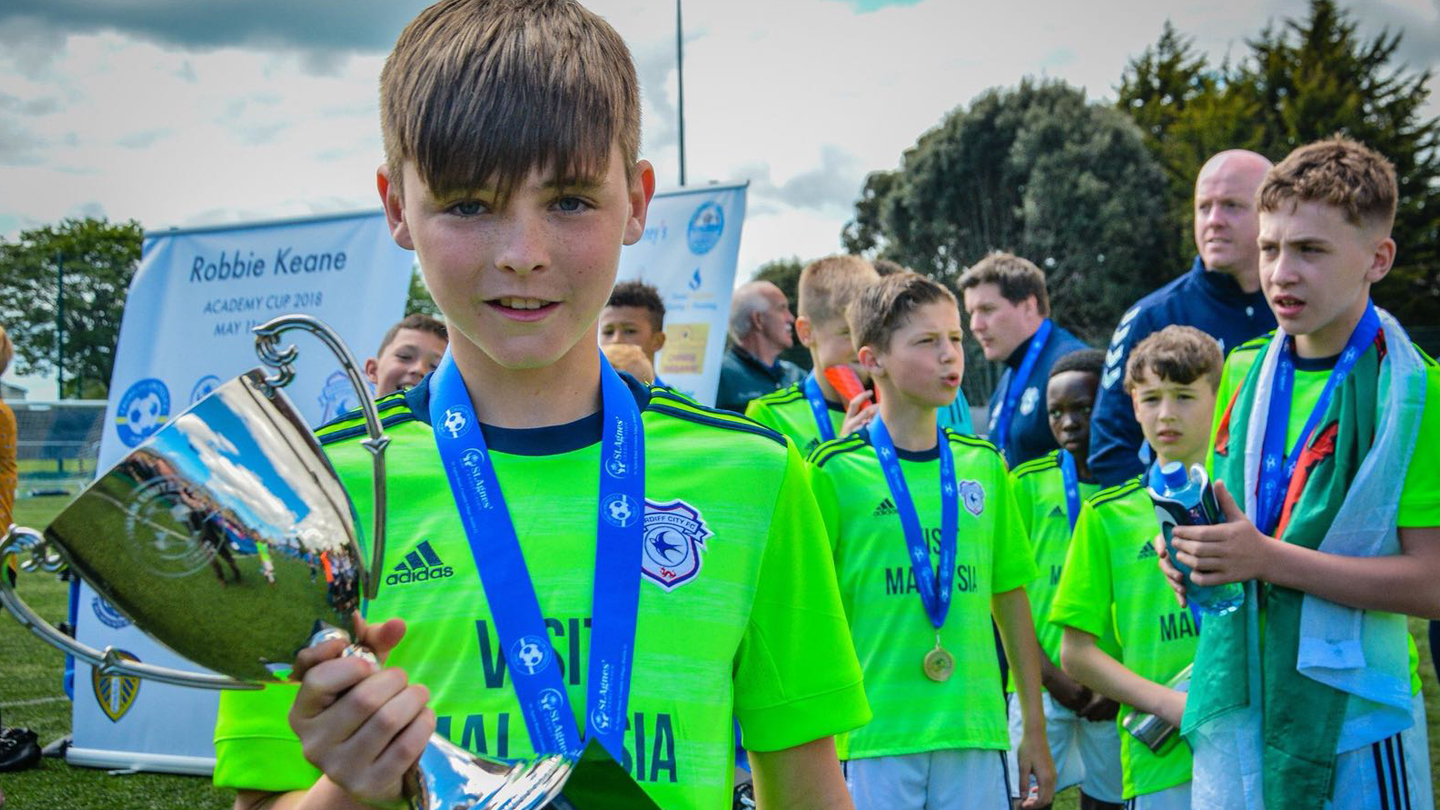 Over the past year, the Cardiff City Academy have increased their involvement in overseas tournaments and fixtures.

Their strategy has been developed to give their young players a broader experience and allow for a clearer comparison with Europe's elite.

In mid-May, the Academy's U11s & U12s (year of birth squad 2006) participated in the inaugural Robbie Keane Academy Cup in Dublin.

The tournament included teams from all over the UK, along with Italian giants, Juventus. It was split into two leagues, with all teams playing each other in a winner-takes-all round robin format.

Our Academy Bluebirds did superbly to win all of their Qualifying Round fixtures fairly comfortably, resulting in a place in the Final against Leeds United.

The Final was a tight game, but the young Bluebirds proved too strong for their opponents, recording a 2-0 victory to become the first winners of the Robbie Keane Academy Cup.

There was also further evidence of the City youngsters' progress as two of our players picked up some personal accolades.

The Academy would like to thank the very gracious hosts at Crumlin United’s training ground, and Cardiff City Lotto who funded the trip along with very kind parental contributions.